At an informal chat with women in Bengaluru on 8th April, Congress President Rahul Gandhi said that his party was ready to do away with Section 377 that criminalises same-sex sexual behaviour. Mr. Gandhi was responding to a question posed by transgender activist Akkai Padmashali.

Talking to Gaylaxy over phone, Akkai said she posed three questions to Rahul Gandhi. She asked Mr. Gandhi on how Congress views the political participation of sexual minorities and transgender people, to which he replied that he wants the Congress party to stand for minorities and Transgender people. He even invited Akkai to join the Congress party. She next asked him the stand of the party vis-a-vis Section 377. To this the Congress President said that his party stands for people’s issues and was in favour of removal of Section 377. 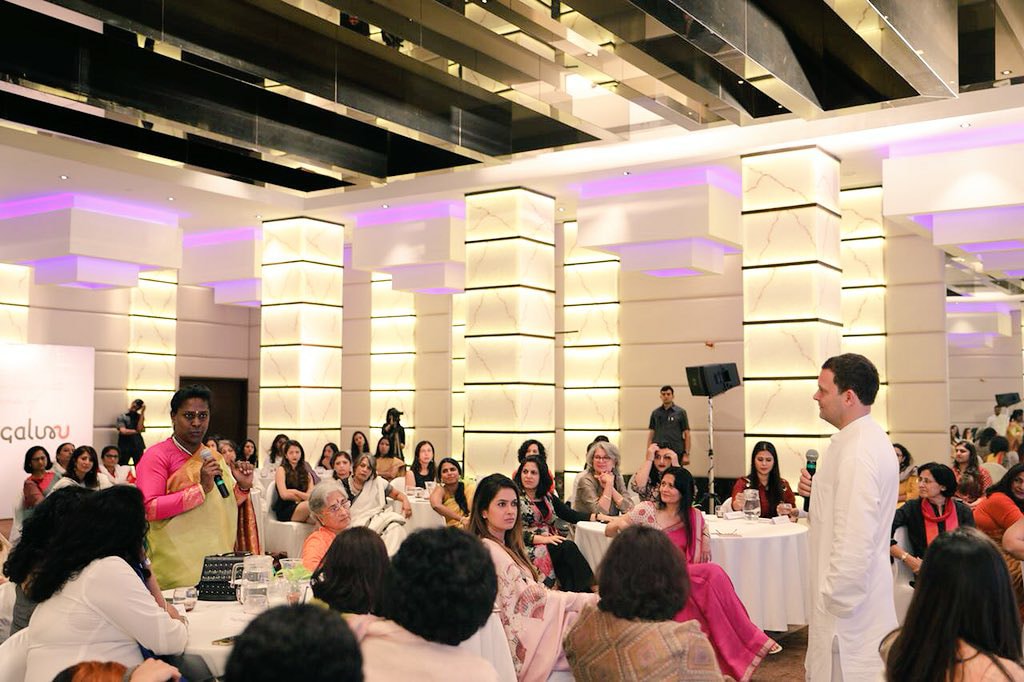 Akkai also quizzed Mr. Gandhi on the recent change in stand of India at United Nations with respect to LGBT rights where India has not supported resolutions supporting LGBTQ rights. She apprised him about the Karnataka State TG Policy and its implementation in the state

At the session, Mr. Gandhi took questions on diverse topics, and urged the involvement of more women in politics.