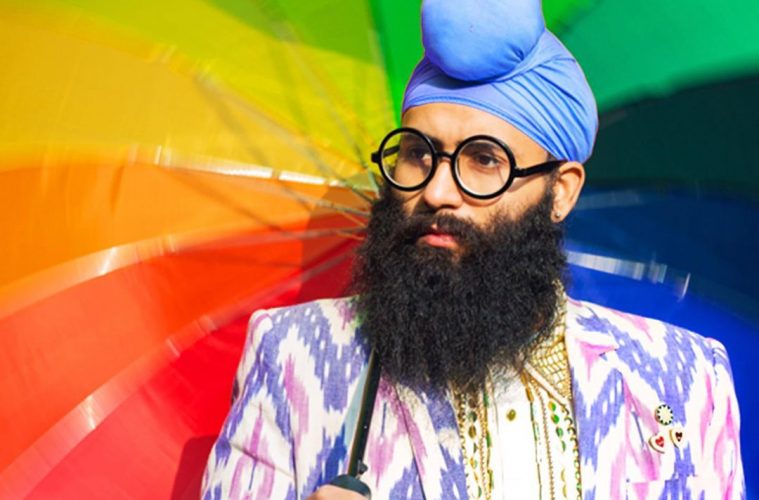 Param Singh, a gay Sikh man and a fashion designer, was denied entry to an upscale restaurant We Qutub for “being a Sardar and having an untrimmed beard” and also wearing a pink shirt and turban. The incident occurred with Param some 4 days back, and he narrated his ordeal on his instagram stories.

Param wrote, “HI @wequtub, today later in the evening, I along with my friends was not allowed inside the premises on the grounds of being a Sardar and having an untrimmed beard, with a reason saying that I am not cool enough as per the other Hindu gentry.” He also told that his female friends were spoken to rudely by the person at the entrance, who told them that they don’t allow Sikhs and that he didn’t like his pink shirt. “The guy at the counter said that we do not let Sikh people enter the lounge and that’s their motto, to which he later rectified and said that he didn’t like my pink shirt.”

The post evoked sharp reactions on social media and calls for boycotting the restaurant. SAD MLA from Rajouri Manjinder Singh Sirsa has threatened criminal legal action against the restaurant.

We would proceed with Criminal Legal action against the Lounge Owner & Manager for their discriminatory approach. Param Sahib deserves justice and we stand together to defeat racial discrimination against minorities@ANI @punjabkesari @TimesNow @thetribunechd https://t.co/Tatkhch3Nk

After the incident, Param told IANS that many people had reached out to him with similar stories of discrimination and that the restaurant had reached out to him and they were trying to find a middle ground. “We asked them to post an official apology and to organise langar for 100 poor kids, we are still in talks with them. I don’t want this to happen to anyone anymore. I just want them to stop this.”

Since then, We Qutub has posted an apology on their instagram page saying “We respect and value each customer, keeping aside their religion, caste, and any other such variable.”

They later shared another post apologising to Param and his friends and informing that the concerned Manager has been fired. They also agreed to hold a langar for street kids as per Param’s request.

Param too has accepted their apology. Param is a fashion designer and an illustrator too. His instagram page features many of his clothes, which are colourful and depict his love for colours. His illustrations often focus on gay sikh men and their visibility.