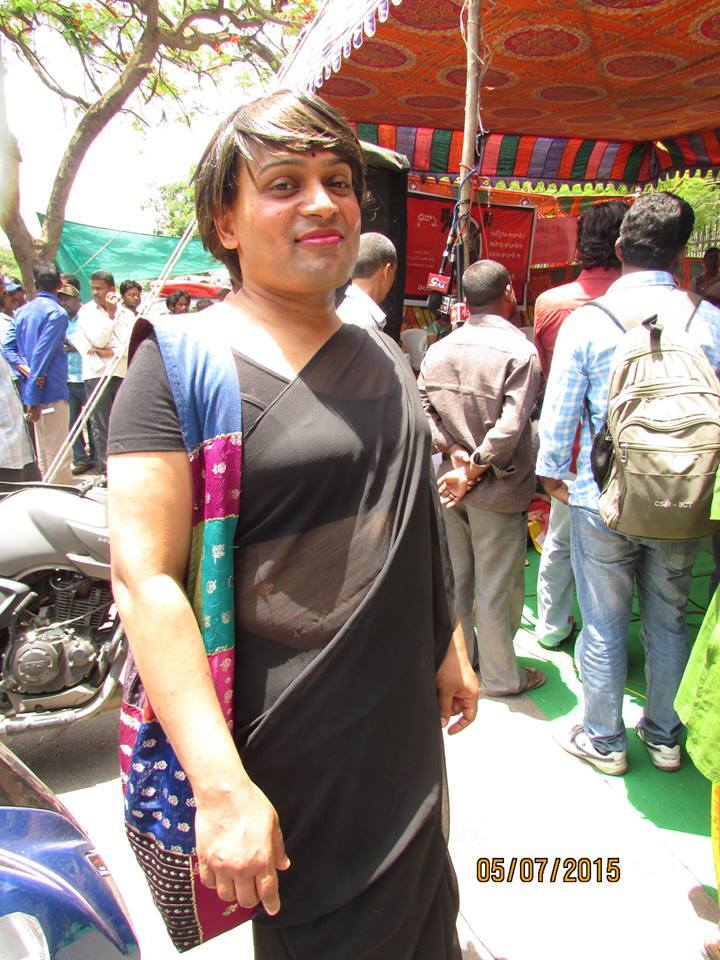 It was emotionally turbulent at many many levels for me to step into my school i.e. Hyderabad Public School Begumpet after 20 years as a speaker and panelist at the Hyderabad Literary Festival (HLF). After graduating out of HPS Begumpet , I hadn’t stepped into it for more than 20 years. I hope my revelation below emboldens survivors of structural violence to speak up.

Not being cisgender, it was quite a nightmare for me at HPS Begumpet as a child struggling with her trans identity. Being a gender dysphoric child, I’d express my gender identity from time to time; sometimes with kohl and sometimes with lip gloss, sometimes with a “girly school bag” and sometimes with nail polish. I used to get violently bullied, groped by male seniors in hostel and senior day scholars who would often physically harm and sexually violate, denude, rape and coercively penetrate me in the pretext of ragging. Pencils, erasers and chalk pieces were pushed up my posterior and if I resisted or screamed for help I was ruthlessly footballed and kicked on my genitals. After dragging me out of the hostel on wintry nights and stripping me nude, they’d make me do frog jumps. Bollywood’s contorted and skewed portrayal of animated, concocted, fake and non-existent Hindi accents of Tamizh people became my burden at 12. Having stripped me nude, my assailants would tell me to imitate Mehmood’s and Johnny Lever’s fake Tamizh accents of Hindi Bollywood films as I was half Tamizh. At 12, 13 and 14, I didn’t even know what I was up against, didn’t have the vocabulary or the language to express and all I knew was that it was utterly frightening. I was overwhelmed with great fear and a sense of guilt and shame for being different and for being an outlier from the mainstream of cisgender people.

Some of the day scholars were sons and grandsons of MPs, MLAs and Union Ministers whose daddies and grandpas, were grand donors and patrons of the school. On another occasion, a teacher who spoke up against one of those betas and potas of mantris (ministers) and vidhaayaks (legislators) was played with hockey sticks by a bunch of goons who pulled up in vans. This incident was on public domain as it was widely reported in the newspapers then. These boys treated the school and me as a door mat!! And there is no point blaming only delinquent juveniles as the system allowed it and nurtured systemic structural violence. Often, I used to feel rotten and some friends in another section were my big escape from the trans-misogyny so entrenched in the system. I so used to look forward to those breaks with them and would come running to them all to escape that violence. My assailants would threaten, “Bas**** bhen****, if you dare complain to anyone, we will storm into your home, ra** and parade your mum nu** on the streets and hang her on a pole through her va**** . We’ll slit your dad’s throat!!”. At 12, 13 and 14, I had to internalise all this violence for the sheer fear that I may let it out to others and bring peril upon myself and my parents. Consequently, my stomach would zig zag between either loosies or constipation. My sense of self was scarred and education adversely impacted.

Ragging was not criminalised in the statute books those days. It was criminalised the first time ONLY in the state of Tamil Nadu in 1997 after the murder of Pon Navarasu. It slowly began getting criminalised in India around the late 90s across SOME states after some more brutal murders. Four years later in 2001, the Supreme court criminalised ragging throughout India through a historic and watershed judgement. Those days and perhaps even now, when a child complains of ragging, people (including class mates, teachers and parents) call the child a coward, a sissy and PERPETUATE A CULTURE OF SURVIVOR BLAMING. Similarly, when a trans child complains of it too, she/he/they are blamed for their “gender non-conformity”. Unfortunately for me, HPS Begumpet was quite a cesspool of sexual violence, transphobia, trans-misogyny and violent and virulent forms of cisnormativity and patriarchy.

In short, HPS Begumpet had me experience THE CULTURES OF IMPUNITY AND VIOLENCE at a very early age. Although very late, I found some peace I that confronted the demons of my past head-on with something as small as setting foot on my school’s soil.