FAREWELL, MY QUEENcomes from the celebrated French director Benoît Jacquot. Famed for his book adoptions, 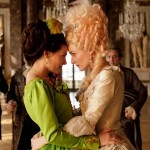 Jacquot’s this film too is based on Chantal Thomas’s novel of the same name, the film is a peep into the 18th century Queen of France- Marie Antoinette’s passionate and intriguing relationship with Duchess of Polignac. Set during the first days of French Revolution the story unfolds through the point of view of one of the queen’s readers who being close to the queen starts believing that she is the privileged most. Thus the story leaps to a love triangle laced with jealously and plotting. Unlike Sofia Coppola’s vivid imagining of France’s most iconic but ill-fated queen, the protagonist here is not the queen but her reader. Also, this film stays more faithful to the history and facts.

story of impossible love between a man and a woman after the man decides to have a sex change. The film transcends transsexuality to become a spectacular lament for love itself.

SOMEDAY THIS PAIN WILL BE USEFUL TO YOU is about a gay teenager with a deep perception of the world and no idea how to live in it. Thus starts a series of the therapy sessions which his parents insist he goes to. A morbid tale which ultimately reaches no destination!

A gritty street film MY BROTHER THE DEVILfrom UK deals with closeted homosexuality. The film is about two 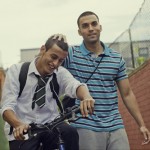 MY BROTHER THE DEVIL

young guys growing up in a traditional Egyptian home in the rough Hackney section of London. The younger one idolizes his elder brother until one day he has to face the reality. Well the story sounds familiar but the twist in the screenplay somehow manages to salvage the film. Wait till you watch it yourself. The film won the grand jury award at 2012 Outfest – LA’s LGBT film festival.

Romania’s entry for 2013 Oscar, BEYOND THE HILLSis a gripping tale of lesbian love blooming under the strict codes of a monastery. The film has already received two awards at Cannes this year for Best Screenplay and Best Actress. Not to be missed!

VALLEY OF SAINTSis a story of two boyhood buddies who want to escape from the war and poverty driven Kashmir. 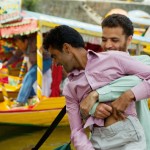 Braving all the odds en route but their relationship is challenged when a pretty girl enters into their lives and one of them falls in love with her. Rivalry and jealousy jeopardize their chance to escape. Though the makers of this Indo-American film would not like to admit, the film has shades of a gay relationship.

CELESTE & JESSE FOREVER is a comedy revolving around a divorce, friendship and love! It has a gay character also thrown in the plot. Not sure how much difference the gay character will make in the whole scheme of things, but the representation is there.

These schedules are from the online link on website and maybe subject to change at the discretion of the festival.

For more details about the festival visit www.mumbaifilmfest.com