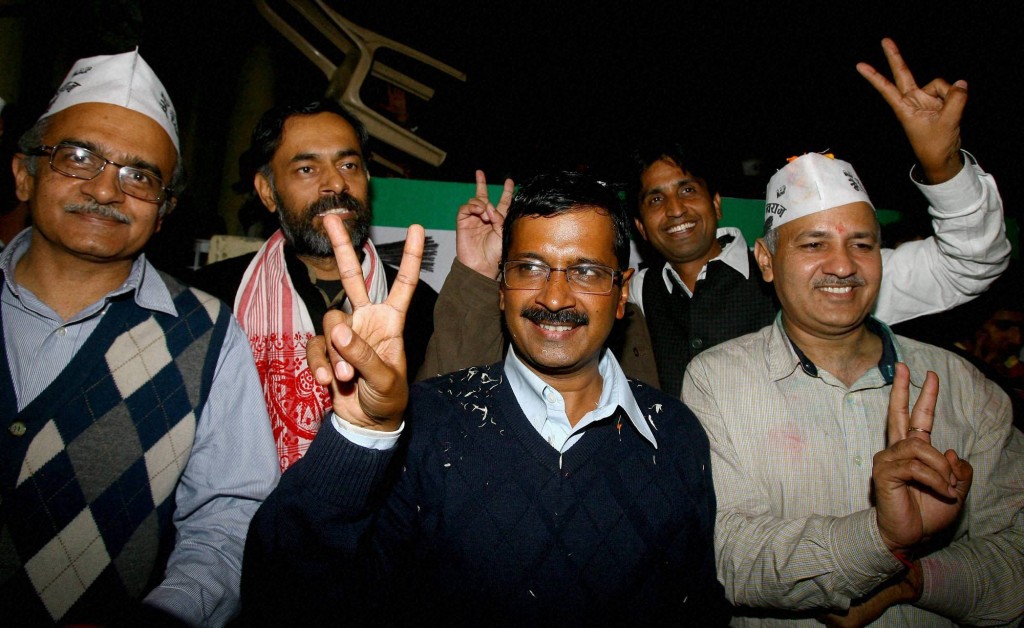 My interaction with the Aam Aadmi Party began soon after its formation late in 2012. My appreciation of the party, however, came grudgingly, more than a year later.

In the aftermath of the December 11 Supreme Court verdict that upheld Section 377 of IPC that criminalizes same-sex behavior, among others, AAP came out against the judgment. Saying that the decision violated the spirit of the constitution, the new party –which had just made a stunning debut in Delhi — indicated they were different from the entrenched variety of mainstream politics that treated people as vote-banks.

It seems much water has flown down the Yamuna since then. Looking to spread its wings beyond Delhi, the party has fielded more candidates than either national party. Such ambition scorches most in its way and last week, a ‘minuscule minority’ felt its heat.

The exclusion of queer rights from the AAP manifesto, though discussed feverishly within the community, has received scant reaction in the press. When I asked filmmaker Onir – then a fresh AAP entrant — more than a month ago about the reasons behind his political plunge, he had pointed out that queer political engagement had to grow. He had picked AAP since it was the only party talking about empowerment and its core was progressive. The ‘corrupt’ Congress had opposed queer rights for years while the BJP is avowedly anti-queer. “AAP was very welcoming,” Onir had said.

By Thursday last week, however, Congress had mentioned queer rights in its manifesto, joining the CPI(M). So when the AAP blow came, it stung.

“I was extremely let down. I know that the inclusion of queer rights in the manifesto is not a populist measure but we all thought AAP was different,” Onir says now.

So what happened? Several explanations have surfaced in the last week. The first, forwarded by Atishi Marlena and others, is that the AAP need not reiterate its stand on things where its position is clear.

Onir laughs this explanation off. “This must be a joke. If that is the case, they needn’t have a manifesto at all. It is a mockery of our time and effort,” he says.

Possibly gauging that the explanation doesn’t hold much water, an alternative has surfaced in media reports more recently – one that calls this a strategic move. Let us get the numbers, we will act for you then. Till then, putting queer rights in the manifesto will stop us from getting a working majority is the new plea.

The only problem with this explanation is that it sounds suspiciously close to what Onir had predicted a couple of days before. He suspected homophobic people within the party didn’t want it in the manifesto, using the ruse of a conservative electorate to good effect.

Whatever the reality might be, it would be wrong to disengage with politics. For the first time, a party said they needed to learn from the queer experience and engaged with the community. Beyond the disappointment, the gain is that queer rights is an issue for the media this election season, even if a frivolous one for most.

Mention in a manifesto to a certain issue gives it legitimacy and holds the party responsible. AAP has skirted the issue. But this is what every minority community, every rights struggle has to go through. Learning from older and more successful movements, I suspect when the heat and dust of Elections 2014 settle down, the path ahead will be a little queerer.