There’s a new Bill on the block – the Right to Health and Healthcare Bill, 2021. The familiar process of the central government seeking civil society ‘inputs’ for the proposed legislation seems to have started. But this article isn’t about the contents of the Bill – rather it’s about yet another blatant violation of rights that the Bill seeks to eliminate in government healthcare settings.

The incident took place in August this year and involves Sahil (name changed), a gay man in his 20s in Kolkata, who recently tested positive for HIV. The site of the incident was the Institute of Post-Graduate Medical Education and Research and Seth Sukhlal Karnani Memorial Hospital, better known as the SSKM Medical College & Hospital.

The incident was reported to me by a long-time friend and fellow queer activist, originally from Kolkata but now a resident of Mumbai. I’m not going to name him because doing so could make Sahil vulnerable by association, even if an alias has been used in this article. I am, however, going to present excerpts from my friend’s email which I received recently. He was visiting Kolkata in August and had accompanied Sahil when he got tested for HIV and when he went to the health facility mentioned above to register for antiretroviral therapy (ART). Excerpts follow:

Better late than never – some time or the other I had to share my experience of helping a [gay] community boy in Kolkata who was found HIV positive. I got acquainted with Sahil (pseudonym) through a gay dating web platform last May [in Kolkata]. Sahil is a trained masseur by profession and belongs to a lower income, Muslim family, which is quite orthodox.

His kind and helpful nature made me concerned about his well-being, compared to other similar dates I have. Even after leaving Kolkata, I kept in touch with him over phone calls and video calls. Mid-July I found out that he was suffering from piles. I advised him to talk to you and get himself tested for HIV. You got him connected but he didn’t really take the initiative to get tested. By mid-August I got alarmed seeing him sickly thin on a video call and decided to go to Kolkata and take him for testing myself. We went to the National Institute of Cholera and Enteric Diseases (NICED) through Varta’s referral. Unfortunately, he tested HIV positive and was referred to the ART centre at the SSKM Hospital based on his geographic location.

Sahil seemed to absorb the change in his life quite normally. The next morning, I took him to the hospital. After standing in a long queue and completing the paperwork, we finally stepped into the ART centre. The healthcare worker at the reception was warm and empathetic. She recognized you and thanked me for helping Sahil. Till this point I had mixed feelings about the process and the people. But the trauma started when both Sahil and I faced the ART counsellor. She was far from empathetic. She repeatedly insisted that Sahil should inform his family, that he had to get someone from his family along, otherwise they wouldn’t provide medicines the next time. This meant that Sahil would have to disclose his HIV status at least to someone in his family.

At this point I stepped in and tried to explain that his family couldn’t be informed about his HIV status as they didn’t even accept his sexuality. She shouted back saying “Will you stand by him 24/7/365? This won’t work.” Any further explanation or justifications were in vain. Is this the behaviour of a counsellor? I noticed Sahil was almost in tears.

There was further humiliation in store. Sahil was asked by the counsellor to visit another healthcare provider, higher in the hierarchy. I had no clue what was happening inside her chamber. But I was alarmed when I saw Sahil come out crying. He said, “They’ll kill me before the sickness does. Now I feel like committing suicide.”

When I probed, I was shocked that this healthcare provider too had told him that he must reveal his HIV status to his family. She said that no dada or friend like me would do, and if he didn’t tell his family, the hospital would discontinue his treatment. She also asked Sahil if he consumed alcohol. When he said that he did so occasionally earlier but hadn’t in months, she said she would slap him as her own son who was older did not dare drink. What hell is this! Is she supposed to be counselling her clients or imposing her ideals on them and being violent with them?

She did not spare me either. She came out and asked me who I was. When I said I was a social worker and was trying to help Sahil, she shouted at me too: “I don’t care what you do and who you are, but he has to bring his guardian or family member the next time to seek further treatment. As per the National AIDS Control Organisation guidelines, this is compulsory.” Still being polite I tried to explain that over a period of time we will try and sensitize the family and then disclose the matter. But she just glared at me and said “I don’t have time to listen to you,” and sneaked into her cabin.

Anyhow, Sahil’s registration for ART was completed. The next day, he had to queue up again for a number of diagnostic tests. He was also provided a month’s stock of medicines, and was given a date the next month for a refill. Now, Sahil is an aspiring make up artist, and given his family’s financial condition, I’ve been trying to help him get a job in Mumbai. This would also allow him greater privacy. So, Sahil was to travel with me to Mumbai. When he mentioned this to the healthcare worker concerned, he had to face another shouting episode: “In that case why did you start your treatment now! You should’ve started it after returning from Mumbai.” But aren’t we supposed to start immediate treatment for HIV irrespective of where we are? Frankly this is unbelievable behaviour after so many years of the HIV epidemic.

Sahil is in Mumbai now and continuing his treatment here. He’s so happy with the behaviour of the healthcare providers here in Mumbai and that too in a similar government hospital as the Kolkata one. I’m glad that he’s seen a better version of the healthcare system here, and I didn’t want to create a scene then and there in Kolkata as it was far more important to start Sahil’s treatment and to provide him emotional support.

It’s a shame this happened in my original hometown. Since the 1990s, I’ve helped so many community members through similar government set-ups, but never have I experienced such horrifying and judgmental behaviour from healthcare providers. I’m not sure if we can change anything, but it’s important to raise one’s voice and reveal the truth.

For whatever it’s worth, my friend’s email will be forwarded to NGOs that engage with the healthcare systems in West Bengal and nationally, in particular the HIV response system. It hasn’t been possible to enquire with the healthcare providers concerned what they have to say about this incident. But their claim that the guidelines of the National AIDS Control Organisation require compulsory disclosure of one’s HIV status to one’s family in order to continue with HIV treatment is plain wrong and illegal.

Chapter IV of the HIV and AIDS (Prevention and Control) Act, 2017 says: “Notwithstanding anything contained in any other law for the time being in force, no person shall be compelled to disclose his HIV status except by an order of the court that the disclosure of such information is necessary in the interest of justice for the determination of issues in the matter before it . . .”

The chapter goes on to say that HIV status disclosure requires express informed consent of the individual concerned and mentions the exceptions where disclosure may be necessary. But nowhere does it talk about disclosure being compulsory for accessing or continuing with HIV treatment, especially in the case of an adult person.

There have been some saving graces in this entire incident. Besides the better HIV treatment facilities available in Mumbai, Sahil was also assisted by peer leaders associated with a queer community-based organization that is active at the SSKM Medical College & Hospital. These outreach workers guided Sahil with accessing the diagnostic services, and often act as a bridge between healthcare seekers and providers. But I shudder to think what would’ve happened if Sahil had been on his own, with no friend or outreach worker to assist him.

Going back to the Right to Health and Healthcare Bill, 2021, it may prove to be yet another paper tiger. But we, as citizens of India, queer or not, mustn’t lose an opportunity to put as much pressure as possible on the central government so that it comes up with a meaningful legislation, and on the state government and healthcare authorities responsible to ensure that the law is implemented to serve its intended purpose. 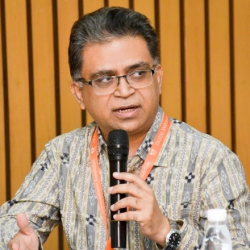