Silence was my only weapon, my only way of saying ‘NO’ because no one listened to my cries, or paid heed when I pleaded them to not do it.

Yes, as a child, my brother’s friends used to molest me, tie me with belt and try to feel me all over, even my private parts. WHY??? Just because I was different. But when did being different and unique become a crime? When did freedom of expression take away from you the hope, wish and right to LIVE?

Yes, I was different, different from the boys of my age. I was creative, I loved music and dance. But is that unacceptable? What do you call it when your brother partakes in the “fun” that his friends are having by molesting and mocking his younger brother, and he doesn’t mince a word? It that acceptable to the society? Is that permitted in any religion? 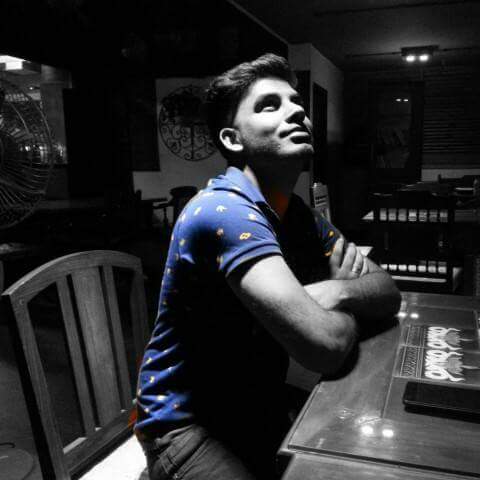 People keep saying that childhood days are the best days of your life, but for me they were the darkest days of life and the more I try to forget the trauma that I endured during that time, the more it haunts my present. I was ridiculed by my immediate family for my creative interests. My mother used to call me ‘Hijra’, ‘Chakka’ because I was not boy enough by her standards. Things did not stop there, I used to be threatened with life and told that if I slam the reputation of the family with my actions or words, strong actions would be taken against me. And we all know what “strong actions” mean in a conservative Muslim family.

The only thing which I have received from my family, both immediate and extended, is wrath and denial of my identity. Physical torture and molestation has been their “gift” to me as a child. I want to ask one question to my religious community – “Where did Allah stop you from loving your fellow being? Where did HE discriminate amongst HIS creation???” If HE didn’t, then why do we draw boundaries, impose our thinking on others in the name of religion???

If I was not allowed to be who I am, then why in the name of religion people used to touch me at wrong places? My own brother took part in these horrendous acts. Do you have an answer? Why are they not condemned? Why doesn’t someone point figures at them for these shameful acts that they would perform with me. Why are they protected by the shield of religion when the act that they do is sinful?

I am proud to be a Muslim, because it’s a religion of love, it teaches you how to offer love; and as they say charity begins at home. The first step of love is to love yourself. I love myself the way I am. I hope my religion will not steal my pride in my entity as a queer individual and the community that I belong to will accept me whole-heartedly.

Syed Ayaan
Syed Ayaan is born in a Muslim household, identifies himself as a homosexual. He believes every one has the right for his/her gender expression and to choose whom they want to get connected with.