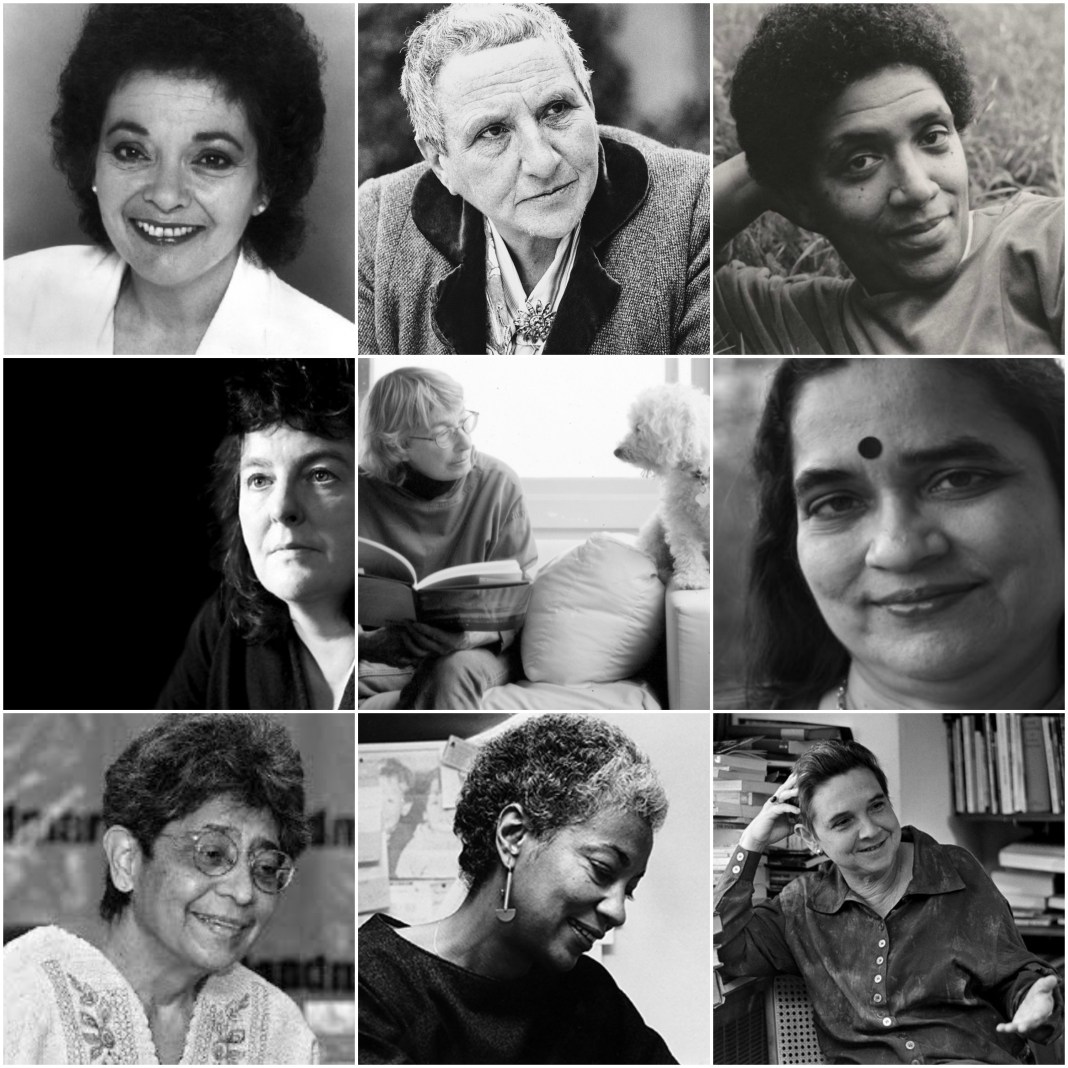 Over the last few decades, the tradition of love poetry has witnessed revolutionary changes. While writing within the love poetry tradition, several women poets have also subverted the heteronormative conventions of the genre by expressing same sex desire. Lesbian love poetry traces its origins to the poet Sappho, now universally recognised as a symbol of same sex love.

Such expression of same sex desire grants women agency over their body and sexuality, allows them to construct desire as it is and not how the patriarchal structure will have us view it (through pornography, misrepresentation in cinema, etc.) The politics here becomes as significant as poetics. However, this does not in any way diminish the literary and aesthetic value of homoerotic poetry.

Given below is a list of poets whom we should read to understand and appreciate poetry where the focus shifts away from the male gaze and the woman is no longer a passive object of desire. However, the list is not exhaustive and I am in the process of exploring a wider range of homoerotic poetry. I have also included short stanzas from selected poems that I found particularly powerful. To appreciate their work fully, please do read these in entirety. 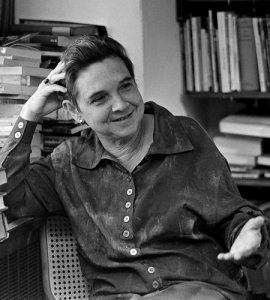 Rich’s poetry is a sharp critique of what she calls ‘compulsory heterosexuality’ – the normalisation and legitimisation of heterosexuality in a patriarchal paradigm through force and culture, the acceptance of the belief that heterosexuality is normal, desirable and necessary.

‘….the live, insatiate dance of your nipples in my mouth—your touch on me, firm, protective, searching
me out, your strong tongue and slender fingers
reaching where I had been waiting years for you
in my rose-wet cave—whatever happens, this is.’
—Floating Poem (unnumbered), Twenty-One Love Poems 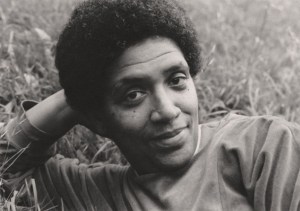 A black woman lesbian poet, Lorde’s poetry interrogates white supremacist and masculinised discourses of power. Her poetry tackles racial and sexual stigmatisation whilst empowering the black woman’s body which she has been conditioned to despise. Lorde urges women to celebrate eroticism and see it as a source of power. She combines several myths from various African communities to establish the uniqueness of the woman’s body.

Black Unicornis a collection of homoerotic poetry that is empowering to read for women universally. The title itself is a subversion of the mythic unicorn that has always been represented as being white in popular culture and folklore. With its association with fantasy, the unicorn also becomes a mystical symbol of sexual desire. 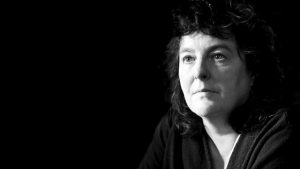 Duffy is the present Poet Laureate of England and stands in the same coveted club as Hughes and Larkin. Interestingly, she is also the first woman and queer poet to hold the title.The key term to understanding her poetry is diversity. Her poems elide categorisation. She is popularly read by schoolchildren. Several other poems require a feminist reading, while some others can be taught in queer theory.

While many of her poems are embedded in the heterosexual domain of love and desire, they undeniably critique patriarchy and express the sexual desires of a woman. For instance, the poem Anne Hathaway makes Shakespeare’s wife the poetic persona, about whom history has given us trivial, distorted facts, and lets her freely describe the conjugal bliss she shared with the Bard. Her poem Warming Her Pearls vividly describes the sexual fantasies of a maid for her mistress. There is a heightened sense of erogeneity, tantalisation and transgression (of both class and heteronormativity) as the maid harbours desires that remain unreciprocated.

She’s beautiful. I dream about her
in my attic bed; picture her dancing
with tall men, puzzled by my faint, persistent scent
beneath her French perfume, her milky stones
—Warming her Pearls 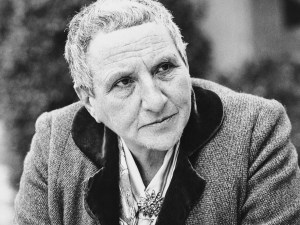 Stein’s poetry is not easy to read. The repetition of words, phrases and sounds makes her poetry appear almost incomprehensible in first glance. Her innovation in poetry is unmatched as she amalgamates avant garde elements with a style distinctly her own.

Over the years, several critics have analysed the strong undertones of homosexuality in Tender Buttonsand the book is replete with innuendos, word play and allusions to lesbian romance. The poetry anthology is a rather prosaic catalogue of random objects, defined in a peculiar language. Stein’s book The Autobiography of Alice B. Toklas was a commercial success. Here she writes in the voice of her partner Alice. Stein had several same sex relationships and she writes of lesbian love, albeit discreetly, in her short stories. Post her relationship with Alice, the focus on same sex desire in her work becomes more pronounced.

A BOX.
Out of kindness comes redness and out of rudeness comes rapid same question, out of an eye comes research, out of selection comes painful cattle. So then the order is that a white way of being round is something suggesting a pin and is it disappointing, it is not, it is so rudimentary to be analysed and see a fine substance strangely, it is so earnest to have a green point not to red but to point again.
—Tender Buttons 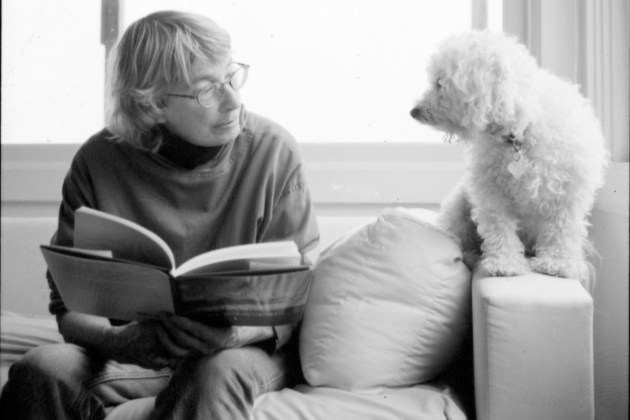 For those uninterested in poetry, Pulitzer Prize-winning Mary Oliver is the poet to begin with. She writes with lucidity and spontaneity. Her poetry is known for its distinctive love for nature. While her poetry does not directly engage with homosexual desire, the relationship between nature and the poetic voice (often a woman) liberates her from the confines of civilisation. In that sense, her poetry maps a domain of wilderness that enable women to embrace themselves, their bodies and their desires.

In becoming one with nature, the reader moves away from civilisation with its rigid social mores and conventions. She creates a space where women can nurture their own ideas and derive their intellectual capacity from the natural world. Several poetry anthologies of hers have been illustrated by her spouse Molly Cook. The two women bring together their love for introspection, quietude and nature’s bounty through their respective mediums of expression. Molly and Mary were together for forty years until Molly’s death in 2005.

There is a thing in me that dreamed of trees,
A quiet house, some green and modest acres
A little way from every troubling town,
A little way from factories, schools, laments.
I would have time, I thought, and time to spare,
With only streams and birds for company.
—A Dream of Trees 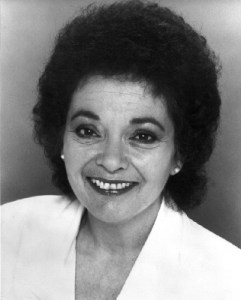 Allen challenges this idea and in her own words, her aim is to ‘explore lesbianism within a larger social and spiritual tribal context as contrasted with its occurrence as an individual aberration that might show up on occasion but that has nothing to do with tribal life in general’. Drawing from oral traditions and myth-making, land and its fertility rituals, she fuses her idea of womanhood and the empowered female self in her poetry collections such asSkin and Bones.

‘…I dreamed
Of making love, of needing
To make love of
Not being able to. Of touching your face
In awe, of seeing the rose of life on it,
Your skin a matin in a moister place.
I dreamed of a dead cat they skinned of the
party
A striped-frey cat that decided not to die
But go up from its skinning and began to eat…’
—Paradigm 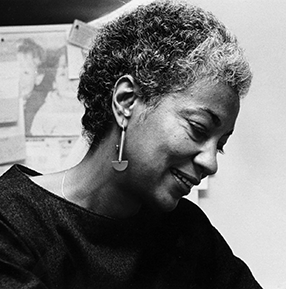 Her works came to be recognised during the Black Arts Movement (BAM) that gave impetus for black literature to grow, flourish and celebrate its own cultural uniqueness. However, Jordan is still a lesser-known figure than other BAM authors such as Baraka, Maya Angelou, James Baldwin etc. In her collection of essays Life as Activism: June Jordan’s Writings from The Progressive, she takes the example of a doctor dictating mothers to not dress up in skirts in front of their children especially boys so that they see their mothers as asexual beings. Jordan shows, with one example, how men across cultures and nations attempt to govern the various identities of a woman – mother, lesbian, wife.

She writes, ‘I am black and I am female and I am a mother and I am bisexual and I am a nationalist and I am an antinationalist. And I mean to be fully and freely all that I am!’ This fierce assertion of female sexuality and unique womanhood also figures in her poetry, which is adorned with eroticism and celebration of the female body. 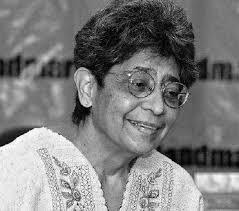 Namjoshi is a lesbian poet who was born in India and lived in three other countries – England, Canada and USA. Hers is a poetry of multiple interactions. Growing up Asian and lesbian in a white community, she identifies herself as a diasporic lesbian author and her poetry creates resistance against racism, misogyny and homophobia.

The post-colonial queer identity is often overlooked or misinterpreted in white feminist narratives. Hers is a struggle against the white supremacist and masculinised discourse of America as well as the upper-class, male dominated Hindu paradigm of heteronormativity. Her writing explore the difficulties of having this shifting, interstitial identity with wit, humour and erogeneity. Her notable poetry collections include Because of India, Flesh and Paper (in collaboration with her partner Gillian Hanscombe) and The Fabulous Feminist. 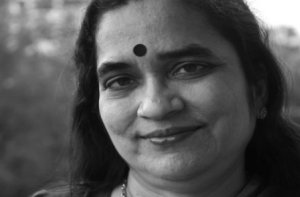 Vanita is an Indian academic who specialises in lesbian and gay studies. An alumnus of Miranda House, she was a former professor and is now an author with several anthologies of same-sex literature in India to her credit such as Same-Sex love in India: Readings from Literature and History and Love’s Rite: Same-Sex Marriage in India and the West. “When a man is described as swooning at the beauty of another man, or a woman is said to love another woman at first sight, we can be pretty sure that a powerful erotic emotion is being described….What matters is not the precise nature of the intimate interaction but the ways that such lifelong attachments are depicted and judged”, she writes in the anthology edited with Saleem KidwaiSame-Sex love in India: Readings from Literature and History. A Play of Light: Selected Poems is the poetry collection by her that one must look at.

When you stood, looking down at me,
Meteor in midnight leather,
When you knelt, on a green flying carpet,
Your mouth an unstereotyped rose,
When your hair caught in my lips
And had to be gently unwound.
—Speech

About the Author: Aditi Upmanyuis presently pursuing her Masters’ in English Literature from JNU, New Delhi and has completed her Bachelors in English from Miranda House. Her primary areas of interest are post-colonial literary studies, representation of women in the English literary canon, women’s writings and gay and lesbian literature.