An Ecosystem Of Support: In Conversation With The Queer-Trans Wellness & Support Center, Hyderabad 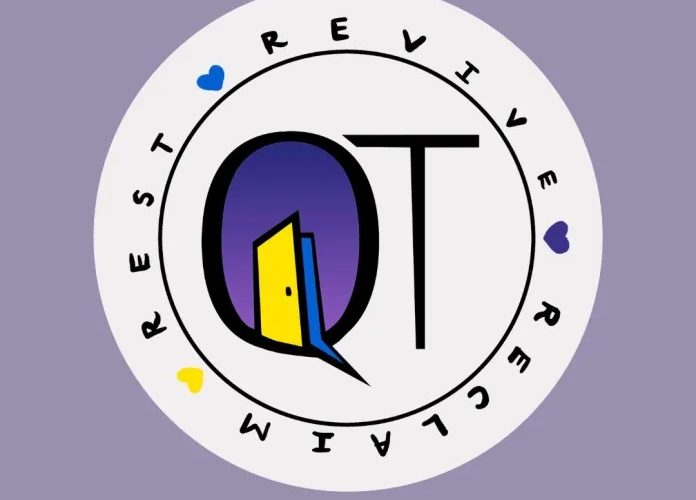 The Queer-Trans Wellness and Support Center is the first of its kind center in Hyderabad. It aims to provide emergency services (helpline, access to counselling and medical care, temporary housing) and create a support network that will mitigate and provide accessible support and care for the queer communities. According to Tashi, a Project Fellow with the Anveshi Research Center for Women’s Studies, the center is unique as it is community-led. The community has a relatively better understanding of engagement and supporting the members. At the same time, it also envisions an ecosystem of support through temporary housing, finding stable employment, livelihood training, instead of simply providing emergency support.

The Need for the Initiative

Tashi highlights that before the pandemic, it was relatively easier to have access to resources to provide aid for queer and trans people in distress, but the pandemic changed everything. The question of housing people who have been thrown out of their homes is complex. Kiran Raj, who identifies as a trans man and works as a Treasurer at STAR – Society for Transgender Action and Rights, situates the initiative within the context of trans masculine persons, while Rachana (a trans woman, sex worker and trans rights activist) adds that trans men’s experience is unique.

They saw many people and couples approaching for help during the pandemic and still waiting for the center to open. She further discusses how false kidnapping cases, attacks on activists, violence by the police is still a part of the coming out process of trans masculine persons and are prevalent even after the NALSA and Section 377 judgements.

Situating the Project with Progressive Movements within the State

The QT center is a consequential result of all the progressive movements and continuous engagements by queer and trans people and also a part of the queer culture that reclaims space within the culture of Telangana. While brilliantly articulating the specificities of progressive movements in each of the states of South India, Rachana also brought up the failure of addressing queerphobia and transphobia within these movement spaces.

She further adds that there has been a politicisation of the gender binary within the trans movement. However, there has also been a disconnect between trans movements and LGB (Lesbian, Gay, Bisexual) movements, which the newer LGB movements are in the process of rectifying. Tamil Nadu specifically had a welfare board set up in 2008 along with visible queer and non-binary persons working actively with the trans rights movement.

Towards Radical Communities of Care and Love

On community building through the center, Tashi says that it is a daunting task without many resources. They further add, “Queer people find solidarities, but we all come with a lot of baggage, figuring out how to deal with the larger world who doesn’t like our existence. And also engaging with each other and building relationships, friendships, and communities – it’s challenging in different ways. Providing love and care is not simple. We need to figure out how to love as the love we get from parents and society is harmful and leaves a bitter taste about love.” They reminisce how their friend also told them that it is about “calling in, not calling out.”

With so many bills passed by the state that affect trans persons’ lives, they have to engage in activism, leaving no space for community building. Hence, pockets of spaces like the QT Center are crucial. Kiran also mentions the importance of being with people who understand us, understand our gender and sexuality, and treat us with respect, love, and care. This also extends to members when they are hurt, angry, might make dangerous decisions or feel suicidal. The center will be a space to heal for them.

Rachana imagines the center as comprising of adults of diverse caste, religion, sex, and gender living with their agency for the progress of society, which is their larger mission. As a working-class transgender sex worker, she also discussed the significant issues faced by HIV-infected sex workers as they do not receive adequate care. She has seen many people losing their lives in her 20 years of experience. The NALSA judgement made it legal for queer and trans people to live together. Yet, there is no structural support for psycho-social counselling or to address the mental health needs of the individuals, which the initiative attempts to do.

Community is the most significant stakeholder, followed by feminist, human rights organisations, and civil society groups who have a stake in the movement. Examples include Anveshi, which is housing the project, Montfort Social Institute, and Bhoomika Women’s Collective. Kiran also cautions that the involvement of stakeholders needs to be followed by structural intervention.

Citing an instance of a Transgender Help Desk in Hyderabad, Kiran says that everyone felt that police would be friendly and people would listen to their problems when it started. However, all the speakers insisted that the sensitisation of police after such initiatives or after judgements like NALSA is also necessary to facilitate efficient implementation and compliance at the grassroots level.

Housing Crisis: The Question of Liveability

Judith Butler had once asked, “Whose lives matter and whose lives do not matter as lives?” Tashi says, “Any lives that are not cis-gender, privileged caste, able-bodied, male (particularly assigned at birth), any lives other than these lives, I think they are not lives, they are negotiations.” Housing, from the experiences of Tashi, Rachana, and Kiran, is a very daunting and painful process due to the systemic marginalisation and caste-based segregation where queer and trans persons are not given the respectability that is accorded to cis-gender people.

Kiran also recalls his experience of hiding his identity to secure a roof over his head, all the while living with the fear of being caught. Rachana further adds that houses are given on rent, based on a cis-het normative understanding of family, making trans persons do more labour. That is why the laws also do not emphasise the same. Instead, the norm for it is to only see trans persons as those who engage with sex work or beg. All of them are happy that the QT Center aims to help queer and trans persons find affirmative housing by relying on the existing network and history of the movement for a decade.

With the NALSA and Section 377 judgement, people feel trans persons have what they want; however, trans persons are still protesting for the flaws within these, and this visibility also means more violence for them. Even there is resistance from the police who do not allow trans persons because they have laws like the Trans Act now. Together, the state, society, and police feel that trans persons deserve violence due to the kind of life, and they are seen as anti-social elements.

A. Revathi, in her autobiography The Truth About Me: A Hijra Life Story, also illustrates how violence becomes destiny for transpersons. Kiran says along with these laws, ground-level sensitisation is lacking, sharing their experience of being a government teacher where they did not know about the NALSA Judgement. Rachana agrees with them, adding that the system and administration have not synced with the judgements.

Tashi says that with the kind of lives activists lead and engage in, resting is not an option. Resting would mean you are healing and recovering instead of someone who is constantly on the move or is restless. And with so many protests against new laws, it becomes problematic. The constant vigilante takes a toll as we have to be alert about crises all the time. Even though we deserve rest, it is challenging. As mentioned earlier, when lives are negotiations, it is not straightforward to even think of resting.

Rachana also says that restlessness is connected to our identity. Kiran adds that one can only relax if they know that they can come back from rest and things and relationships will be intact. They also address the feminist critique of using the term ‘wellness,’ situated in neo-liberalism and individualisation of structural problems. However, Rachana questions, “Who decides what is wellness for trans persons and queer people? Why is the onus for wellness on the marginalised communities? It has always been society and state who decide what’s good for us. Here, we want the community to define its wellness not on an individualised basis but at a more significant community level.”

Rachana says that allyship should not come with a saviour complex. Instead, it should be about aiding the marginalised in their emancipation. Tashi believes that allies need to build relationships and not allyship. Being an ally is not just about being ‘politically correct’ or having a checklist of tokenism; it is about working for a world that’s just, fair, and equal not just for the community but for everyone, and to get rid of one’s transphobia, casteism, and classism.

As mentioned by Rachana before, the QT Center is about making the world a more progressive space. Regarding this initiative, allies can help by aid through monetary support and amplifying the message, as money is a crucial resource that the initiative needs.

About the author: Rajeev Anand Kushwah is an overthinker, a self-proclaimed chef; pop culture enthusiast, and a rainbow poet. Although a bit introverted and shy at first, he will soon make you feel like home. He is an angry feminist too, very vocal about the social injustices springing from Patriarchy. He believes the world will be a better place if we could be more sensitive about gender, be kind to each other and burn the Manusmriti. Currently, he is pursuing Masters in Women’s Studies at Tata Institute of Social Sciences, Mumbai.