Breakups and How to Deal With It 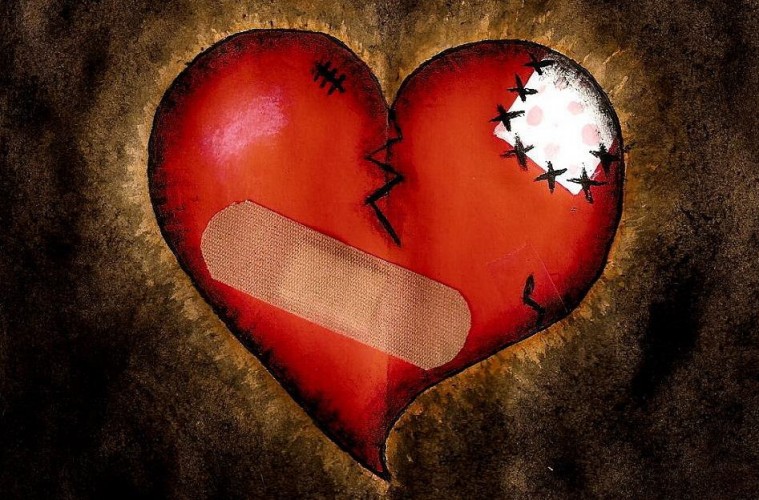 “I started taking depression pills. I was unable to focus on my work. I was miserable,” that is how Misty explained his situation when his boyfriend broke up with him about a year ago. She is 24-year-old and runs a salon in the city of Nawabs- Lucknow, and earns enough money to live a decent life.

Misty, who identifies as a trans woman, came across her boyfriend through an online dating app during the lockdown. They kept talking and sharing about themselves through video calls and messages. Her boyfriend Azam (name changed) belongs to Kanpur which is about 95 kilometres from Lucknow.

“After talking to him for about seven months, It felt like he is the one I have been waiting for. I trusted him so much that I also helped him with some money whenever he asked for it,” told Misty.

After seven months of waiting, they both met at Misty’s house. Her boyfriend was looking for a job to earn a living so Misty taught him some salon work and then he started working in her salon. “He lived with me for more than 15 months at my home and worked in my salon. I was paying him a salary. I also bought him a phone, scooty and also helped him financially whenever he was in need. Everything was going perfect.”

However, Misty felt something wrong in the relationship which made her break up. “I realized that he was with me not because he loved me, but for money. He began asking for a 50% profit share in my salon. I observed that he was taking my advantage. So I had to call off the relationship.” The relationship lasted for about two years- seven months long distance and the rest living together.

“I had two more relationships before that, but this one was most devastating for me. I thought he was the one for my life, but then it turned out that it was not love that attracted him, but my money. I was in depression. Started taking medicines (depression pills) and began cancelling my appointments for work. It was as if my life was finished,” recalled Misty. Her previous two boyfriends had got married to girls.

Misty said that after a few months of miserable life due to the breakup, she managed to come out of the trauma and then began focusing on his work. “I don’t trust people now,” she said. She has been in the salon profession for seven years and for three years she has been running her own salon which has huge customer footfalls.

Misty is not the only one who underwent the trauma of breakup, but a majority of the LGBTQ community face such situations many a times in life. Michael Rosenfeld, associate professor of sociology at Stanford University did a study between 2009 to 2012 where about 3,000 couples both straight and queer were tracked for these years.

This explains why breakup rates are higher in the queer community compared to heterosexuals in countries where marriage is not legal for the LGBTQ community as there is no social and legal commitment.

Another queer person from Maharashtra’s Pune city also underwent similar emotions when he found out that his boyfriend is cheating on him. “He was a heterosexual married guy but we fell in love. I did not have any issue with his married life. For the world and society, we were good friends, but for us, it was love,” told Ashish. They happened to stay in the same society/ colony.

The relationship was going perfectly fine until one night when they were sleeping together and Ashish found out the secret life of his boyfriend. “He was sleeping and I felt the urge to check his phone. When I checked it, I was shocked. I saw that he has pictures of many other guys. The pictures were clearly telling me that there is something fishy. I could not sleep properly that night,” told Ashish.

In the morning, Ashish confronted his boyfriend. “Although he accepted he is cheating, he was not sorry for that. I was broken I left him immediately. It was tough to leave the relationship, but how can I be in a relationship with a cheater,” told Ashish. The relationships lasted for three years.

Although Ashish has moved on in his life, but his perspective has changed towards the love life. “Now I feel like I can’t find a trustworthy and ‘special one’ in the LGBT community who will stay with me the entire life,” Ashish expressed his feeling.

Ashish further said that both queer and straight communities may face breakups in life, but the impact is different. “Because of the stigma associated with the community. If we are not accepted in society, the negative instances have a greater impact on the lives of the unaccepted community. We feel isolated and most unloved,” said Ashish.

Since breakup is a part and parcel of life, there are a few things that queer people should keep in mind while making a relationship or going through a relationship breakup.

Have someone to share your sorrow and move on

As Ashish said that by the time the breakup happened in his life, he had a group of queer people he would (and still) mingle with so the breakup did not take a toll on him despite being disheartened and broken.

“I used to meet the group and share my heart out. I had a group that supported me and made me feel better. Because there is no other way than moving on in life after a relationship ends ,” told Ashish.

Even Misty also approached a friend and shared whatever had happened with her. Although she went through depression, but she did not suffer for a longer time. “I used to cry my heart out and share whatever I was going through,” added Misty. As suggested, people from the community whether in the closet or open should have a community to share their sorrow and happiness.

Before getting into a relationship

There are some bits of advice that queer people should keep in mind before getting into any relationship. Many fall in love with married men and expect that the relationship will survive forever.

“How can you expect a married guy to be loyal to you if he is cheating on his wife and having an affair with you? Love is blind, be careful,” said Akash Pal, who is a psychologist, clinical Hypnotherapist, past life therapist, NLP practitioner, LGBTQ Counsellor, and a sexologist based in Lucknow.

He further added that most of the time, breakups happen because people expect only good things to happen in a relationship. “Instead of working on a relationship and making it better, we tend to look for someone else who has that certain quality or trait we have been looking for. Unfortunately, the hunt for something good in someone else has no end.”

Remember, if someone leaves you, or you have to leave someone then it means that the relationship was not worth it. “If you want to cry then cry because it is a way of venting your emotions, but then you have a life. Someone is waiting for you, you just have to be happy and keep meeting people. You will again fall in love,” added Akash.