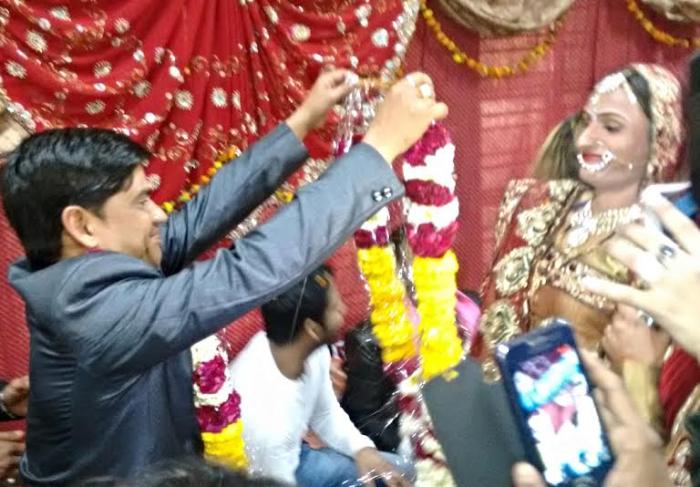 Delhi’s Kashmere Gate was witness to a wedding of different kind this Valentine’s. Six transgender people married their male partners in a community centre at a wedding function organised by an NGO called SPACE, reported DNA.

Some of the couples shared their story with DNA. One such couple is Ali Mirza and Janasheen, who met at a friend’s party. Ali runs a furniture shop and their relation has been opposed by his family. Despite the opposition, Ali married Janasheen and expressed his desire to adopt a child in the future. “We want the society to accept us and hope that we can be a role model for other couples as well,” Ali told DNA. Janasheen aspires to be a model. 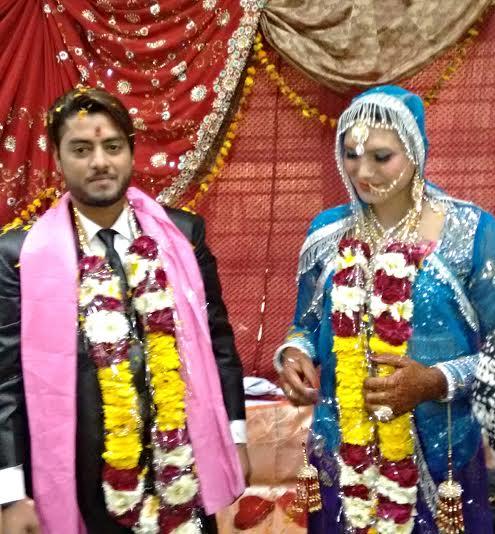 A Couple who got married at the wedding event (Pic courtesy: DNA)

Another couple who got married were Payal and Ajay Sharma. Payal is a resident of Jammu and Kashmir, while Ajay belongs to Delhi. Theirs was love at first sight, and they have been together for two years now. “I used to dance along with Kinnars initially, and dance in bars now. I know we will face difficulties ahead, but together, we will fight any difficulty,” said Payal. She also wants to continue her career in Dance.

Anjaan Joshi, executive director of SPACE NGO, said that often the male partners of transgender people desert them and marry a girl under pressure. Hence, they only married couples who have been together for a considerable time. “The wedding of these couples is a step towards change, and we want the government, law and society to be part of this change,” he said.