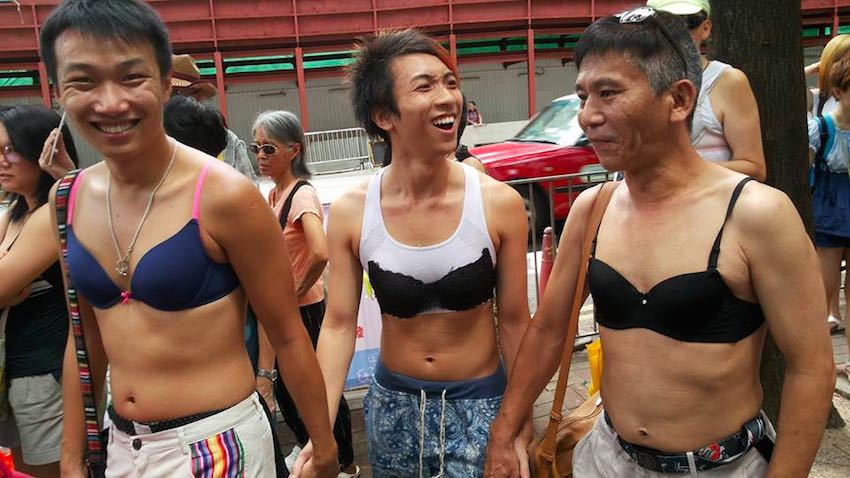 Around a dozen men wore bras in Hong Kong to protest against a court ruling that jailed a 30 year old woman for assaulting a police officer with her breasts. Ng Lai-ying, an activist, was protesting against Chinese border traders when she accused a police officer of having touched her breasts. The incident was apparently caught on camera too.

However, much to everyone’s shock, a local court instead found Ng was sentenced to 3 months and 15 days of prison for “deliberately pushing her breast against the policeman in order to accuse of him of assault, and to damage his reputation.” The incident has come to be known as “Breast Assault”.

Around 200 protesters protested against the ruling over the weekend, and they were joined by the men who wore bras to the protest. “It’s the first time to wear a bra in my entire life. We have come to this rather odd method to tell the world how ridiculous it is.” ,” a 66-year retired teacher told AFP. 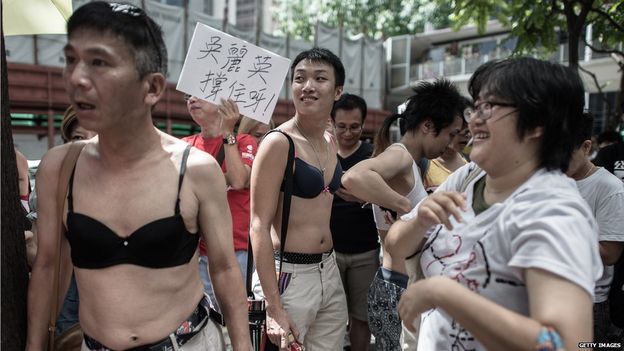 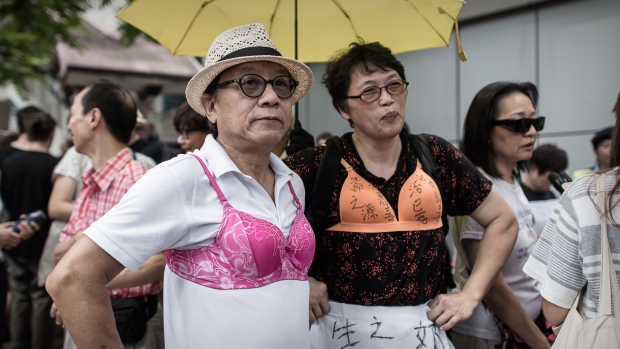 Protesters wear bras during a demonstration outside the police headquarters in Hong Kong on Aug 2, 2015. (Photo: AFP/Philippe Lopez)