The Average Homosexuals Journey For Justice And Equality 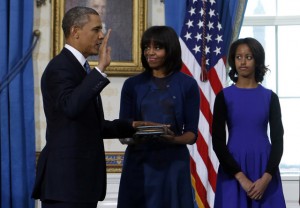 “We, the people, declare today that the most evident of truths — that all of us are created equal — is the star that guides us still, just as it guided our forebears through Seneca Falls, and Selma, and Stonewall.”-President Barack Obama, Second Inaugural Speech, January 21, 2013

Every member of the LGBT community who was watching this all over America, including me felt a shock. Gay rights activist and even the most progressive liberals were astounded when President Barack Obama on his second inaugural day, uttered the word Stonewall in the same breath as Selma and Seneca falls. To understand why this was historic, some of us need a quick lesson in the civil rights battle of America.

Seneca falls, New York is considered to be the birthplace of women rights movement. This is where in the middle of 19th century women started fighting against oppression and demanded equal rights including the right to vote. It took decades for them to finally earn those rights.

Selma, Alabama is the place where African American’s civil rights movement reached a new height in 1965. It became a movement which brought to light the likes of Martin Luther King Jr. and many other civil rights leaders. Then came the Washington march where King gave the historic “I have a dream” speech and it followed some years later with the passage of the civil rights bill, protecting them from discrimination and giving them equal voting rights.

These were the significant moments which fueled the fight against oppression and discrimination. So was Stonewall.

Stonewall Inn is a gay bar in Christopher street, downtown New York. For a long time it was illegal for bars to serve alcohol to gays. It was illegal for even two men to dance together in a bar not to mention holding hands or kissing. So police used to raid the gay bars any time they wanted and just used to beat up gays and arrest them. In 1969, June 28 around 3 AM in the morning when the police came to harass gays like always, something unexpected happened.

The gays fought back. All the pent up fury, all the discrimination, humiliation and injustice which they had endured came out and the stonewall riots started. The whole of America realized the fact that even the so called weak outlaws of the society can someday fight back. The level of hatred and homophobia was so high that even the media covered the riots with arrogance and insensitivity. The New York Daily News in 1969 wrote an article with the headline- Homo Nest Raided, Queen Bees Are Stinging Mad.

Even in this hate filled environment, the Stonewall uprising went on for weeks. This is considered to be the start of the gay rights movement. There was a march organized on the one year anniversary of the riots in New York, which later on became the Gay Pride Parades which are now conducted all over the world.

Religious people and other homophobes are still saying that being gay is a choice. They have said that gay people are not born this way instead they have chosen to commit sin. So their(gays) fight is not a civil rights issue, as compared to African Americans who were born black. (Not to mention they opposed everyone who were fighting for their God given equal rights while shamelessly using God’s name.)

Well the argument can go on but the effect is lost now. By equating Stonewall with Seneca Falls and Selma; President Obama affirmed the nation that gay rights is a civil rights issue. By equating Stonewall with those two pivotal civil rights movements in the history of America he has made sure that he and the majority of Americans believe that the LGBT community is fighting for their civil rights. But he didn’t stop with that. He went one step further. Something no President has ever done.

“Our journey is not complete until our gay brothers and sisters are treated like anyone else under the law – for if we are truly created equal, then surely the love we commit to one another must be equal as well.”

I had tears in my eyes when he said that and I wasn’t alone. Every single member of the LGBT community was moved beyond words. The tears were a testimony to our earning for acceptance. Those were not just words but an acknowledgement by a leader towards a community which is ostracized, demonized and still treated as second class by the majority.

He made history. These words will be quoted for generations to come.

Inaugural addresses are the stuff made for history books. Similar to Franklin D. Roosevelt’s “the only thing we have to fear is fear itself”or John F. Kennedy’s, “ ask not what your country can do for you–ask what you can do for your country”. President Obama’s monumental statements will be read by the future generations. He pledged that every American and every human being all over the world has to understand that gay men are created equal and they deserve every right under the law which is bestowed upon their heterosexual counterparts. Their love and commitment is as sacred as anyone else’s. He uttered the word gay in an inaugural address for the first time. He had selected an openly gay Latino poet to narrate the inaugural poem and a pastor who included gay people during his prayers on that day. Any leader who is gay friendly usually just name checks or refers to the gay community in an obscure way on a national platform, because they used to think it will make people uncomfortable. Never has someone spoken out so strongly for the LGBT community and their rights and has vowed to fight for it on this scale. I strongly believe that this wouldn’t be a last time a President will address the gay community on this scale. But Obama is the first to have done what future leaders are going to do.

In 1967, two years before Stonewall, CBS a national television addressed homosexuality as a documentary titled THE HOMOSEXUALS in its popular documentary show ‘60 minutes’. It started with the anchor reporting,

The average homosexual, if there be such, is promiscuous. He is not interested or capable of a lasting relationship like that of a heterosexualmarriage. His sex life, his love life, consists of a series of one–chance encounters at the clubs and bars he inhabits. And even on the streets of the city — the pick-up, the one night stand, these are characteristics of the homosexual relationship.

That was the first time the American Public was given a glimpse of the so called ‘homosexual lifestyle’. That was the first time people were made aware of the existence of gays. It was so prejudiced that LGBT activists recently called it as the “the single most destructive hour of antigay propaganda in our nation’s history.”

The one hour documentary which was supposed to educate the public about homosexuals, ended with these lines.

The dilemma of the homosexual: told by the medical profession he is sick; by the law that he’s a criminal; shunned by employers; rejected by heterosexual society. Incapable of a fulfilling relationship with a woman, or for that matter with a man. At the center of his life he remains anonymous. A displaced person. An outsider.

Today Anderson Cooper, an openly gay man is one of the anchors of that same 60 minutes show, which branded the likes of him as a displaced outsider. It’s hard to imagine that 40 years ago this was telecast on a national television and this was the opinion of the majority of American Public. Not to mention it is still the opinion among the Indian public.

But I have hope. As President Obama said, change doesn’t happen because of Washington or politicians. It happens because ordinary people who had the courage to fight against all odds. I have hope that it won’t take another 40 years for an Indian Prime Minister to stand on a national platform to speak for our rights. Because we, the ordinary gays and lesbians, will bring the fight to the society, we will fight the prejudice, we will shatter the myths and we will educate the public. As Harvey Milk once said, “If they get to know us, they can never hate us.” We will make sure that they know us. You and me, we will bring equality and justice.