A lot of us have been through debilitating and traumatizing experiences of sexual assault, abuse and harassment, and the stigma around the conversation about these experiences makes it difficult for us to acknowledge and begin the healing process after such an experience. The social structure isn’t exactly a very safe space for many, except those who have the privilege of dissociating from it at times.

How Revealingis a venture that was started on Jan 13, 2017 to create a safe non-judgemental online space for people to share their experiences of sexism, sexual assault and abuse irrespective of their age, gender etc. Talking about the inclusivity of the space, Urmila, the ideator of How Revealing says, “We want people of different gender identities and sexual orientations, men and transgender persons, people of different ages and nationalities to know that there is a place to share, as there is a culture of silence surrounding sexual assault in India and for some, there may be nowhere mainstream to go because their very existence is questioned in India . We hope people, especially men, who see it happening around them or to people close to them post their experiences as well because to take this movement forward, we need everyone.”

The venture can act as a way people can read about experiences and also come across the therapies that survivors have been taking to help themselves out. This would lead to a good repository of information, as well as understanding of how abuse and assault function as agencies in the society, and how freakishly common they are! Urmila talks about it very eloquently to Gaylaxy, saying that, “I have had this idea since 2014. One of the main reasons for initiating this was that I realised that a lot of friends and family go through experiences that happen so often that they felt that there was no value in talking about it or they were ashamed/guilty/embarrassed or scared etc to do so. One of the main reasons is the constant blaming and shaming, continuously hearing that one is wholly or partly responsible for being assaulted. So the idea was to create a safe space where people can share these experiences, whether so-called minor ones or major ones in an environment of no judgment.”

“Experiences of sexual assault are common but they should not be ‘normal’, anywhere in the world. Also, the ‘small’ and ‘casual’ incidents of sexism we encounter regularly, when we are made to feel ‘touchy’ for raising our voices – we want to record these experiences as well because it is all part of and contributes to the same, larger problem. Talking about it, writing about it will help people understand they are not alone and we want that this becomes the mainstream discourse surrounding sexual assault in India. We aim for the project to also help reduce the stigma and shame around seeking and asking for help as one can read the experiences of people who have written about their going to therapy to help themselves deal with the emotional fallout,” she says.

Consider the following post on the site by a male survivor:

“I was 13 years old. I was an insufficiently masculine child, in a boy’s boarding school. I was bullied by my classmates and seniors, my towel snatched away, to check if I actually had a penis. One of our teachers took a special interest in me. According to him, I walked like a girl, talked like a girl, sat like a girl, carried my books like a girl (although, to this day, I have no idea what any of that means, especially for a 13-year old child). The teacher said this would happen, unless I “pulled up my socks.” He drew two lines on the ground, about two inches apart, and told me I should walk with my feet on either side of the line. He told me I should sit with my knees apart, rather than pressed together. I practiced, and it was bothersome. He didn’t like the progress I was making, and he punished me, by sexually assaulting me in various ways. He said this is what the world would to to me, unless I shaped up. This went on for one whole term. I googled him recently, 28 years after the fact. He’s doing fine. So am I, FINALLY.”

There’s another post by a man who was abused by his female babysitter at the age of 8, who made him suckle her breasts when he was hungry and asked for the milkshake his parents had kept in the kitchen, and even had him go down below to “get the milk”. Other posts on the website by female survivors talk about the abuse and harrassment they faced as a child, or continue facing in their lives. 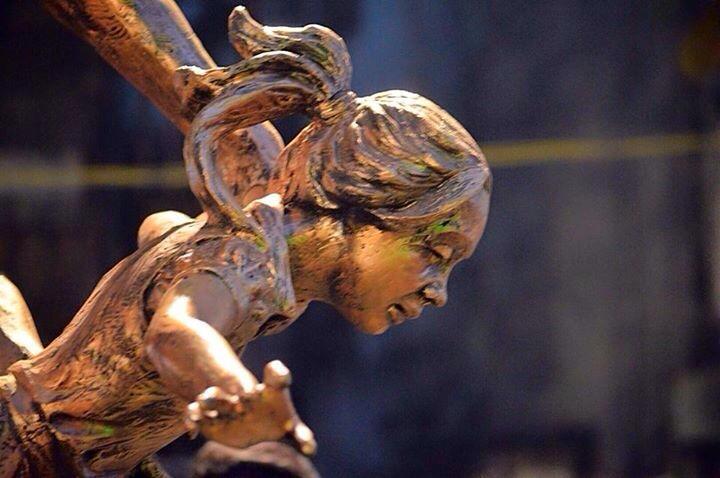 How Revealing is also trying to build a resource directory for survivors of abuse. Urmila continues, “We are building the resource directory for support making it easier for survivors to seek support. Finally we want the website to serve as a repository which in time can create awareness and help affect policy changes in India, especially in areas of survivor support and justice mechanisms. There is an information vacuum in the country with respect to incidents of sexual assault and sexual violence due to under-reporting and stigmatization, and hopefully, the website will be able to fill that vacuum and create awareness about the issue, show that it is so complex, yet so universal.” The point about trying to fulfil the information vacuum is important, because a lot of stories that surround abuse and assault have either been largely censored, or have been badly influenced by the idea of civility. It is also absolutely important that regular incidents, which are hushed off as small and ‘normal’, ‘insignificant’, be brought into this discourse and discussion too, because we cannot judge the trauma that any form of abuse, assault, sexism may inflict on an individual, and hence, cannot be measuring it on a scale.

It is also important that we understand that such spaces need to maintain a lot of safety and anonymity so as to protect the survivor from further trauma and danger. How Revealing ensures this by allowing the persons in the forum to not use their names, and not give any identifying details. Urmila herself deletes any identifying detail that she thinks maybe leading, and also mails the person who has written the story in case the person has given off their name, to know if it was intentional or a mistake.

The website gives a warning everytime you come to it, it talks of the posts being traumatic. The founder, Urmila, is a lawyer, and has partnered with two studios, Pigeon & Co. for Design and Strategy and Penguin Thoughts for Tech development. She aims to make it a social revolution with the inclusion of the queer community. Also, the website is a little more than two months old and already has above 60k page views and 70 stories.

We extend our support to Urmila, How Revealing, and the team, and would urge our readers to voice their stories in the forum, to their degree of comfort. Let us start a discourse that doesn’t judge or blame.