Wedding Bells In Isolating Times : The Marriage of a Gay Couple from Kerala in Bengaluru 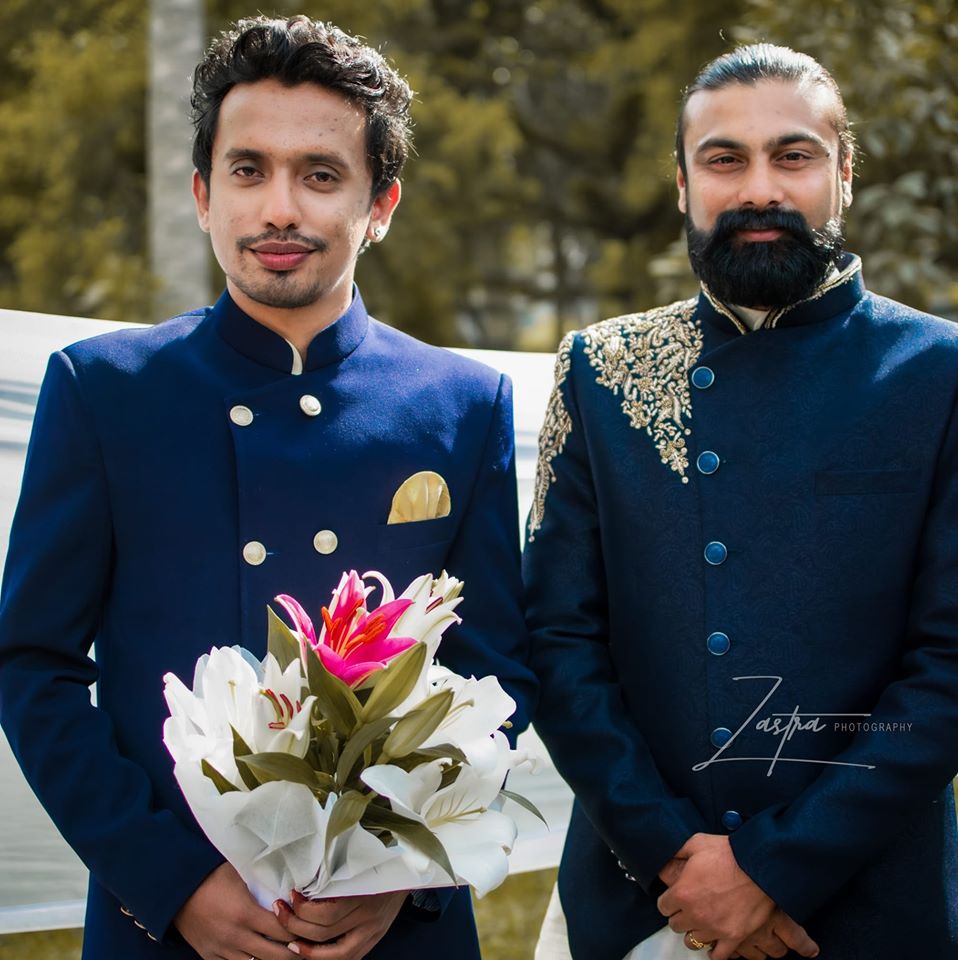 The 29th Dec 2019 was quite special for Nived and Rahim, their love that had bloomed five years ago into a dream of standing by each other till life’s last breath, was about to bear a mellifluous flower.

Nived who hails from a small town in Kerala is quite well known amongst different circles in and around the country, thanks to his fervor for graceful tik-tok videos which generates a certain accentuated warmth in those who watch it.

While Rahim is a simple young man hailing from a village in Allepey, settled in the Gulf, those who know him have just one thing to talk about – his beautiful smile and larger heart.

The couple has been together for the last five years, facing several ups and downs as in any relationship, but at the end have always submitted themselves to the love they have for each other.

“One way to my successful relationship is – Always trust and love only your partner. Never let anyone else into your relationship,” says Nived, with a gentle smile on his face as he prepares himself to adorn a day that he has waited for this long.

With no family to bless or no priest to guide, Nived and Rahim chose to celebrate their big day with a few close friends and their chosen family.

Often when we come out as queer, the chances that we will be left with no biological family is on a much higher margin. It is us, queer people and allies and friends who take on the nurturing role of a family and stand together with our fellows in cherishing the love that they share for each other. In this process, we build families that are not bound by the obligation of blood, but by the firmaments of love, self- respect and mutual boundaries.

The wedding was as queer as it could get, they fused a Hindu ceremony with a Christian one and in the due process, pretty much proved that we queers are capable of anything.

On 28th a few friends gathered at Nived’s home in Bangalore and were seen bustling around with flowers, refreshments and ceremonial turmeric. They decked up the terrace of their apartments in colour and a lot of warmth to embrace the two couples in a traditional Haldi ceremony.

Smeared with turmeric and sandalwood, both of them shed a tear of joy as their aarti was taken and they were ushered with bushels of flowers and blessed rice. A mangalyam song played subtly in the background as everyone huddled together and swayed to the tunes of many other songs which would follow before everyone would get together later in the evening for bang on bachelor’s party.

As usual on the 29th the clichéd sun rose, but this time it brought with it abundance of life, that would soon change the lives of two young men who were to embrace their love. The mirrored lake in Marathahalli shone with radiance as the park beside it dressed itself in long satin ribbons of warm blue and calming white.

Rahim waited by the altar of a tree in angst for his beloved Nivi to walk down the aisle, bouquet in one arm and their chosen daughter’s arm in the other. Their faces gleamed in divine happiness and innate satisfaction for each other.

The wedding was officiated by a friend who delivered a sermonic speech and hugged them before they gave their hands into each other’s in affirmation. The wedding themed in blue was a nebulous of strength, power and the will to do good.

In a community where you are consistently told in unspoken languages, that it is okay even if you cheat another women into marriage, to appease one’s family and insecurities, Nived and Rahim’s decision to have a public ceremony to celebrate their love, brings hope and inspiration into the community that times can have a neutered spine. They give us the strength to make a choice. They give us the power our biological families try to snatch away and that is important.

A queer wedding should never be a medium of ostracism or invalidation against the love that queer couples have had amongst themselves since ages unknown and undocumented. Those are after all the loves that have framed and paved way for the privilege that many of us in the queer community share today, in terms of visibility and protection.

And that, is important.