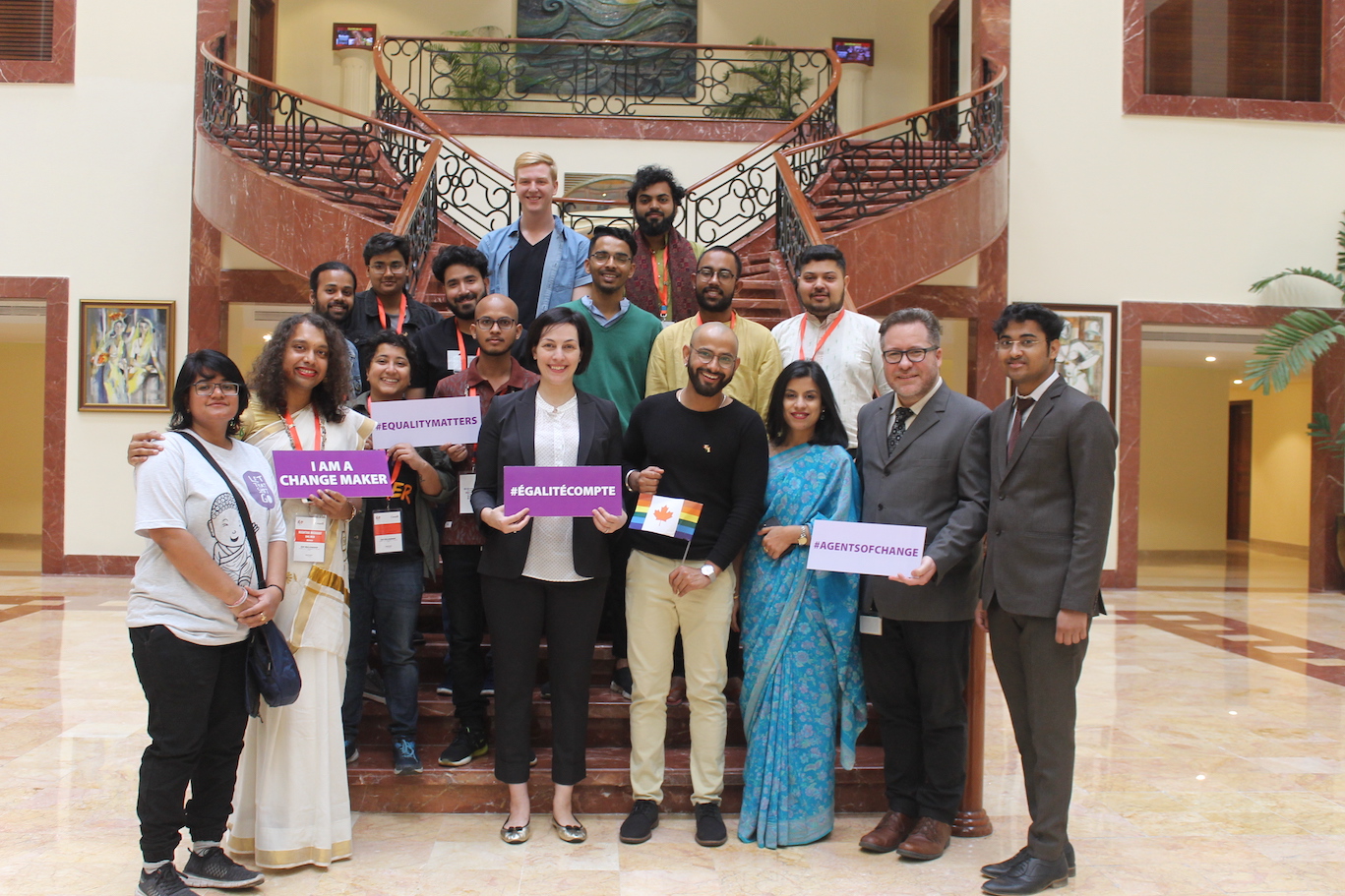 Paving through stones and enabling through education and comprehensive workshops, the Queer Youth Leadership Course held its first edition in Mumbai from the 9th of  January till the 12th of January.

In joint action with the Keshav Suri Foundation and Consulate General Of Canada in Mumbai; this one of its kind course was facilitated by Deepak Kashyap, a psychotherapist based out of Canada.

Rightfully described as Deepak’s baby, they have been working day and night on this dream project for the last two years of their life. The results of which are evidently, magnificient.

The course was artfully divided into a four day period at the Lalit, Mumbai, for twenty candidates who had been selected based on merit out of 200 applications.

The selected candidates came from a myriad of backgrounds in terms of Gender diversity, Sexualities and regionalistic approach and were between the age of 20 to 35 years old.

Students and young people who showed potential in leadership skills were brought together under one roof, to be trained and equipped to carry the politics and ideologies of the community, in the future.

The Canadian Consulate in its statement said, “The Consulate General of Canada in Mumbai is delighted to collaborate with Mr. Deepak Kashyap from the Toronto Mindfulness Centre and the Keshav Suri Foundation to launch the first edition of the ‘Queer Youth Leadership Course’ in Mumbai. For queer youth to develop into the leaders of tomorrow, we need to invest in them today. This course is aimed at equipping them with the skills and knowledge necessary for them to step into community leadership roles, and cultivate the ability to deal with unique challenges they face as queer people.”

The Keshav Suri foundation opened its doors to the workshop by providing it with a safe space and warmth which seeped in through the nature of empathetic sensitivity that the staff in Lalit was trained with. That in itself was an evocative and empowering experience which is something that the community is beginning to acclimatize itself with.

“The LGBTQ+ Community lacks representation in public spheres, leadership roles and guidance. Often the youth is misguided, their energies and talents often wasted in trying to “fit” into the world that is unaccepting of them. The mission of Keshav Suri Foundation is to embrace, empower and mainstream the community. I am glad to partner with the Canadian Consulate and Deepak Kashyap to curate this workshop that will help the queer youth hone their talents and enable them to acquire the needful leadership skills. I am sure this will go down in a big way to help the queer youth of our country,” said Mr. Keshav Suri, ED, The Lalit Suri Hospitality Group and Founder, Keshav Suri Foundation.

The idea of the camp was to enable and encourage budding leaders with agencies and essential tools that they could put to use in their respective geographical demarcations. The course was equipped with the utmost sensitivity that went beyond the surface level activism most of us are familiar with.

Deepak Kashyap, the Program Director and mastermind behind the Queer Youth Leadership camp said, “I am thrilled to have successfully completed the first batch of queer youth leadership course. It had been an enriching experience for everybody, from the 20 selected fellows, 19 speakers from across diverse backgrounds of expertise from different parts of India as well as Canada and three like-minded partners that had come together to make this program a reality. I strongly believe that we are working towards a more inclusive future. It surely does get better.”