I work in a small IT company. Our strength is hundred and a half. From managers to interns – all have similar partially-open desks. No special cabins. People love decorating their desk-walls with posters of cars, drawings made by their children, awards they got at some seminar, rubik’s cube they are solving, To-do list for the day, inspirational quotes and what not. I wondered how it would be to decorate mine with a rainbow flag, to show off my comfort in my gay identity.

But I’m NOT out at office, only two of my colleagues know. One is male and is ok with it. Other is female and loves me for it. I sometimes talk about the gay stuff of my life with them. That’s all. No one really brings up queer topics during lunch or tea break. If at all, it’s for a joke. No one is particularly homophobic, neither does anyone know that LGBT politics exist. Anti-discrimination policy does not cover sexual orientation or gender identity.

So I decided that having an actual rainbow flag hanging at my desk can either go totally unnoticed or perhaps totally throw me out of the closet. Not wanting to take any crazy risks, I went for a subdued version of the flag. Subdued how? I picked up my colour-pens, some sticky notes and a string. Voila ! I have the rainbow of diversity hanging at my desk, without looking like a political flag. No one has guessed its meaning yet, except the female colleague I mentioned earlier. 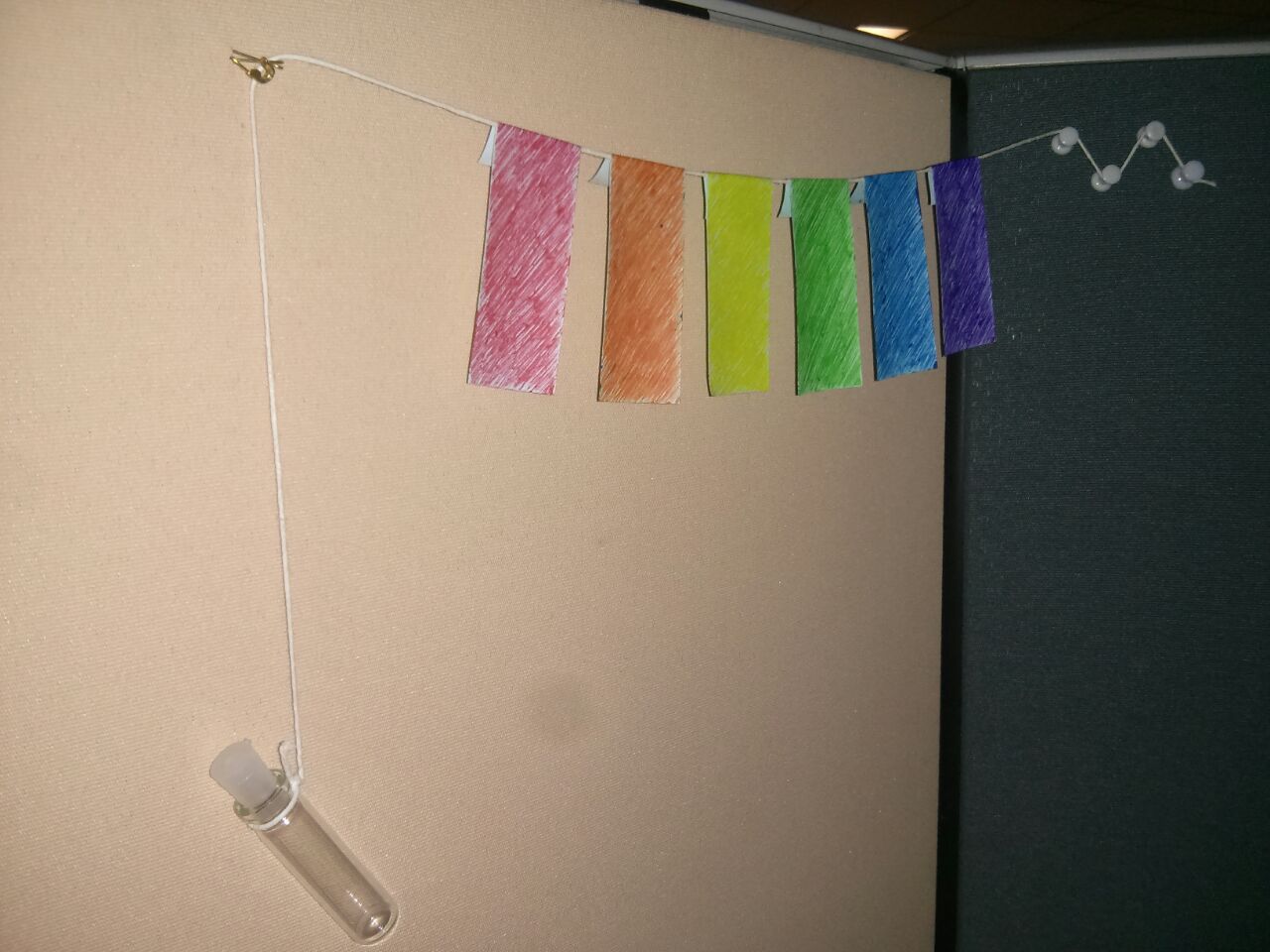 I did not use an actual flag – which makes me feel like the person who goes into pride parade with a mask on the face. At least that person adds value to the parade by adding to the numbers. My office-desk rainbow does not add any value to anyone’s life. 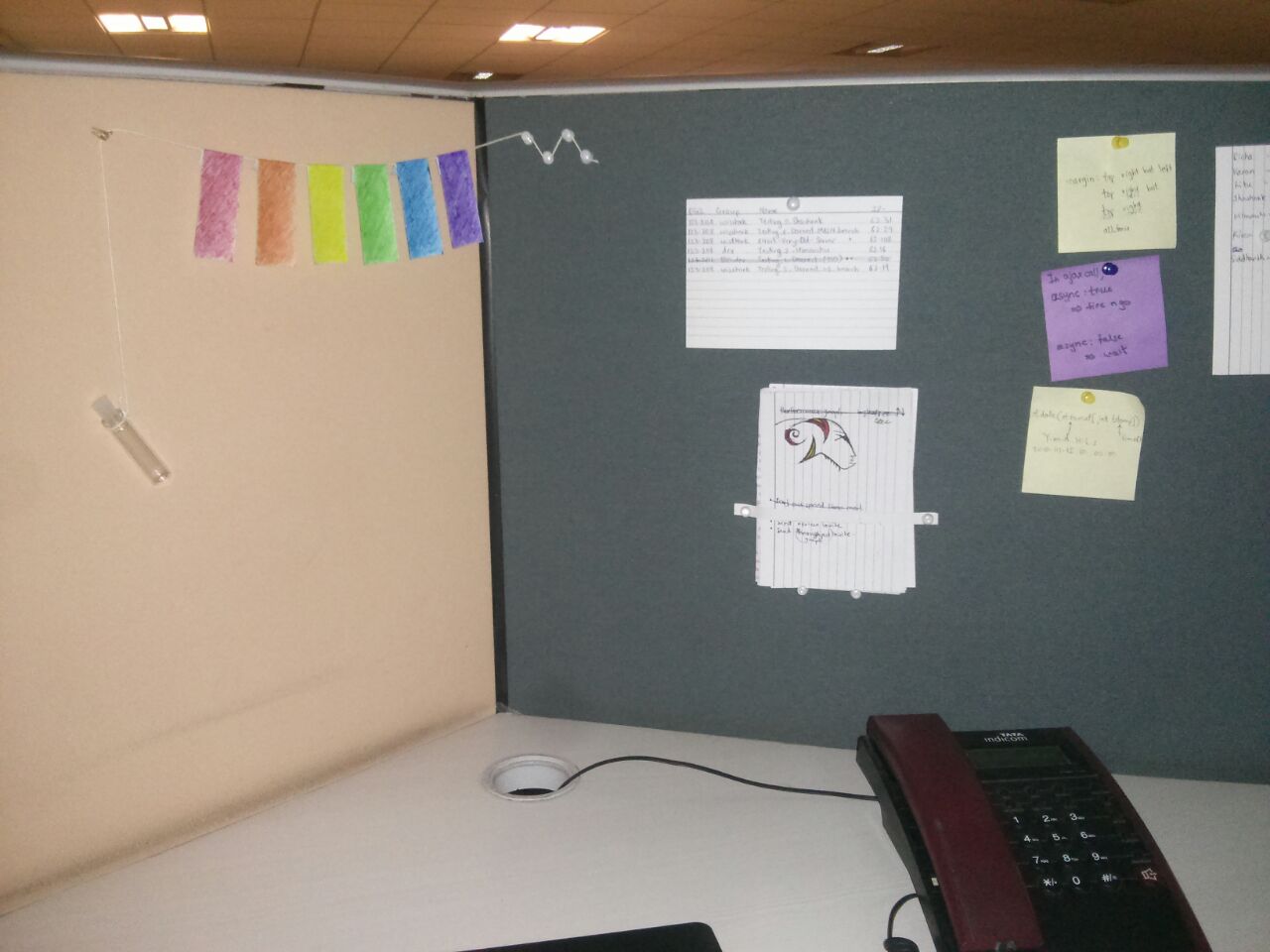 But it does give me a smug satisfaction that I have my secret out here – hidden in plain sight – publicly exhibited on the desk for people to look at and decode if they can. And then, who knows, may be some day another gay guy will join the office and pass by my desk and look at the rainbow hanging and say – “Hey, is that what I think it is ?” with a sweet, suspicious smile. I will look him in the eye, wink, and say proudly – “Oh yes, it is”