Why I Wore Phanek, A Symbol of Meitei Women’s ‘Purity/Impurity’, To The Delhi Queer Pride 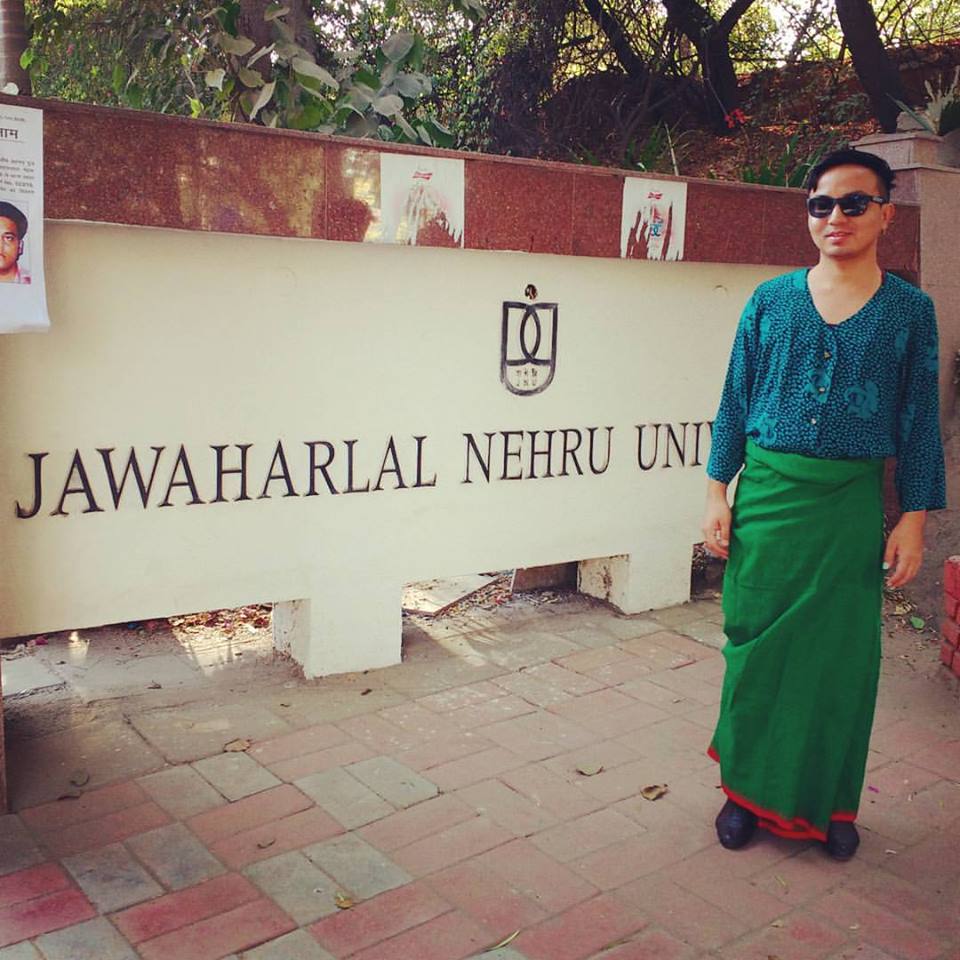 Phanek is a patriarchal symbol of women’s ‘purity/impurity’ in the Meitei society. And as a gender queer feminist I defy it by wearing it at the Delhi Queer Pride this year.

Every year as the Delhi Queer Pride approaches I begin to hesitate about my Facebook and Instagram privacy settings. Why this hesitation and dilemma on my part? I have always been anxious about my family, neighbours back home, relatives and school friends with whom I have cut most ties over the years and yet conscious of how they will react to my sexuality and identity, let alone my advocacy for gender equality. I started blocking literally everyone from my far town in Manipur, including my own family members, because I dreaded the idea of having to face any situation with the family regarding my identity. The hesitation and dilemma continued for days. It was only when I posted my first ever picture wearing a phanek on social media that I changed the privacy settings to ‘public’. The courage I drew to be able to wear the phanek had empowered me so much that there was no more fear left. But what went into making the conscious choice of wearing phanek was a lot more than just a sudden impulse.

The night before the Queer Pride on 27 November, I was cleaning up my wardrobe trying to find a decent dress to wear. For the first time in my life, I was so disheartened by the array of men’s clothes that strongly impersonated a person I didn’t associate with completely. I realised I had to just give away, get rid of impersonation because it was time to embrace the fact that I was not a straight or gay man, any longer.

In 2011, I came out to one of my closest friends in JNU as a gay man. She laughed out about it and heartily said she felt she was gay too at one point. Little did I know that sexuality and gender is so fluid that despite the courage and depression that went into coming out as a gay man, it was just the beginning of a long struggle! Little did I know that one day I would question my own assumptions about gender, sexuality, identity and the male privileges I grew with! And this part about understanding oneself was just the beginning but never enough. I also began to realise I was given more privileges in terms of education, social mobility than my sisters and it is totally unfair.

And today I speak as a gender queer (neither man or gay or gay man) and feminist in protest against male privileges including my own and in protest against all kinds of gender based discrimination. I do not call myself a man, woman or gay anymore. I do not believe in such broad categories anymore. Gender is performative as Judith Butler says.

Having said these, women have been fighting for an equal world for years now, yet a lot of women out there are still treated unequally. When my sister told me how violent and abusive her husband is I told her to fight back because she has every right to do. But it is easily said than done. And such injustice to women is what I choose to fight against today. It is not just for my sisters, but for every women in the society. But why phanek? And what is a phanek and its gendered symbolism? The discussion on phanek and gender has already been started by the likes of Sonia Nepram, Akhu Chingangbam among others.

People who are not aware of its cultural and gender implications need a brief introduction however limited my introduction is going to be.

The phanek is a lower attire worn by the female gender (and transgender persons as well) from all walks of life in the Meitei society. The phanek stands as a symbol of femininity and womanhood in the society. It is also unfortunately interpreted as a symbol of ‘purity/impurity’. Men touching the phanek (impure) in the Meitei society is considered a taboo, let alone wearing it.

And yet this impure entity also epitomizes a singular construct of Meitei woman. Women are often being touted as the bearer of a society’s cultural values. In the case of Meitei society, wearing phanek has come to acquire gender, moral and cultural values. Broadly speaking, a Meitei woman who wears phanek is perceived as morally and sexually virtuous, and culturally respectable as well. But, honestly, these are myths of a conservative society. These are myths that have chained women for years and years. The phanek is a subjugating apparatus of the patriarchal institution. The phanek keeps the masculine and feminine gender values intact thereby not just patriarchy sustains itself.

Are women the only victims of patriarchy? No, clearly not. Queers, transgenders, homos, Nupi shabis or Nupi manbis have been victims of gender inequality too. Believe me, for most parts of my life I have been bullied for not being masculine enough (effeminate) and so are the stories of many homos or queers out there. Stories of bullying, molestation, abuse, rape among these people are nothing new. Hence, what is common between women and queers or homos is that they have been victims of patriarchy. So, they have a common battle to fight together, fight against patriarchy however different their approaches may be. So wearing phanek is my own battle to challenge patriarchal norms, values and heterosexuality. 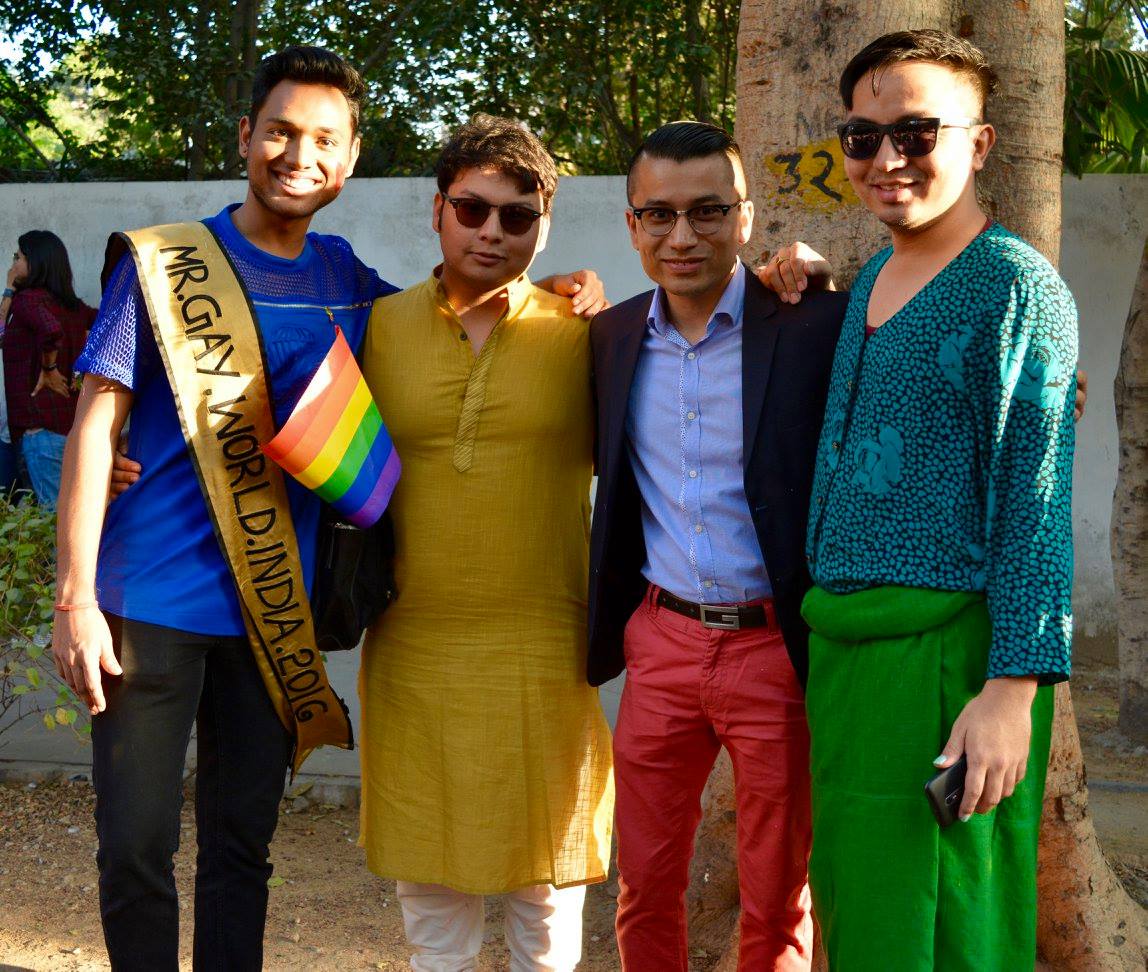 So why did I wear phanek at the Delhi Queer Pride?

I wore phanek in an attempt to question the accepted norms and values of gender divide; masculinity and femininity. I wore phanek as an act of protest against gender based violence and discrimination in every society. I also wore phanek to speak back to the society I was born into that I am not bound by the gender codes that bind women, transgenders, gays, lesbians and Nupi shabi or Nupi Manbi or homo. 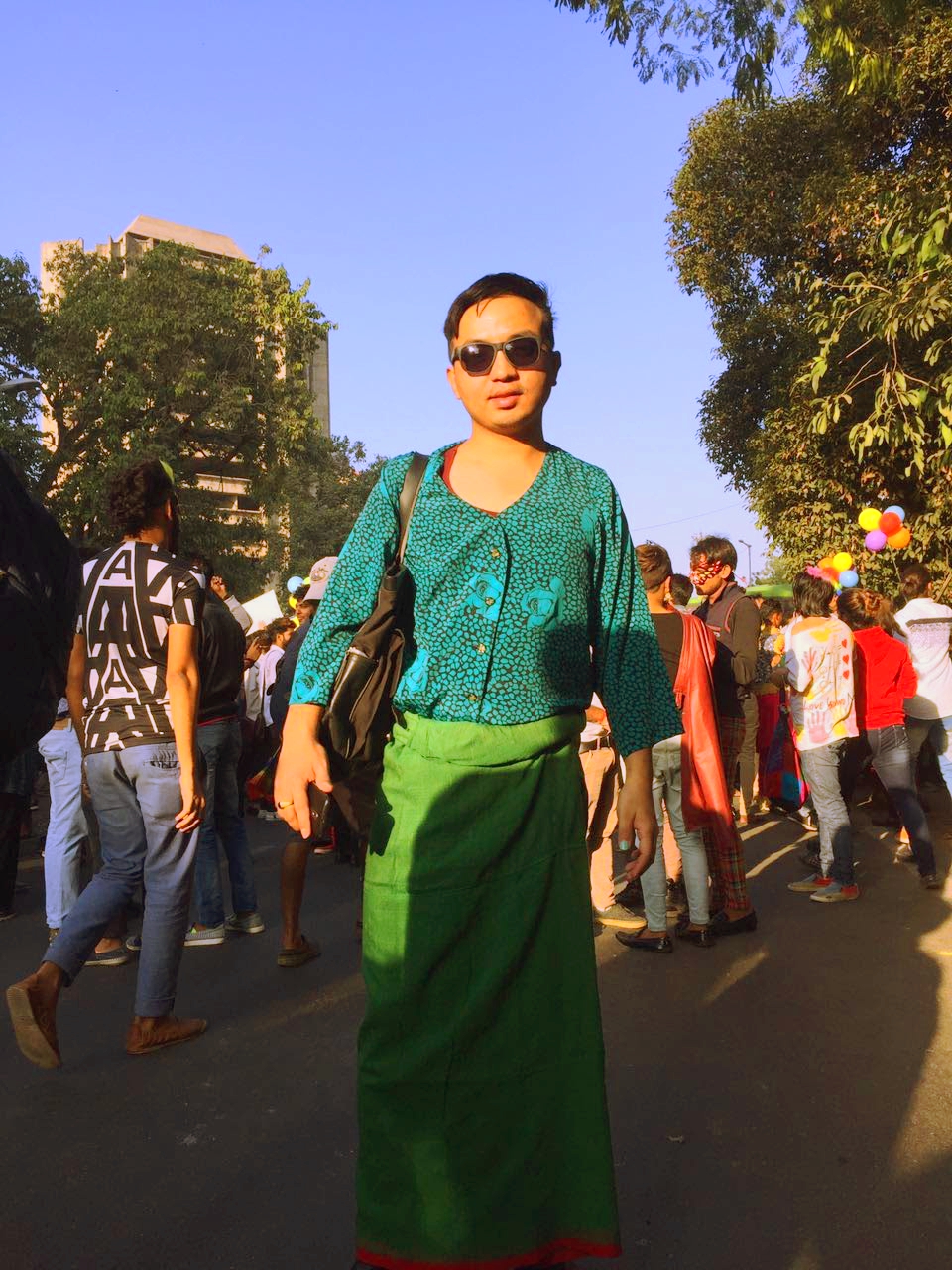 Unfortunately, the same Facebook post also received hate comments on social media. An anonymous group called Readers Club of Manipur on Facebook lambasted it by sharing on its wall to which several individuals have given their viewpoints. Anwesh Sahoo, the reigning Mr Gay World India responded that, “Amazed by how some simply cannot walk out of their stupid gender binaries. Gender isn’t black and white but a spectrum of infinite possibilities. That David identifies as a woman or a man is no one’s business except his.” And I also wish to pose a few questions to the readers. Isn’t phanek just a piece of cloth at the end of the day? How did it become a symbol of femininity that women or others have to be burdened with? And if anyone (man, woman, transgender or queer) chooses to wear it, what is so wrong about it?