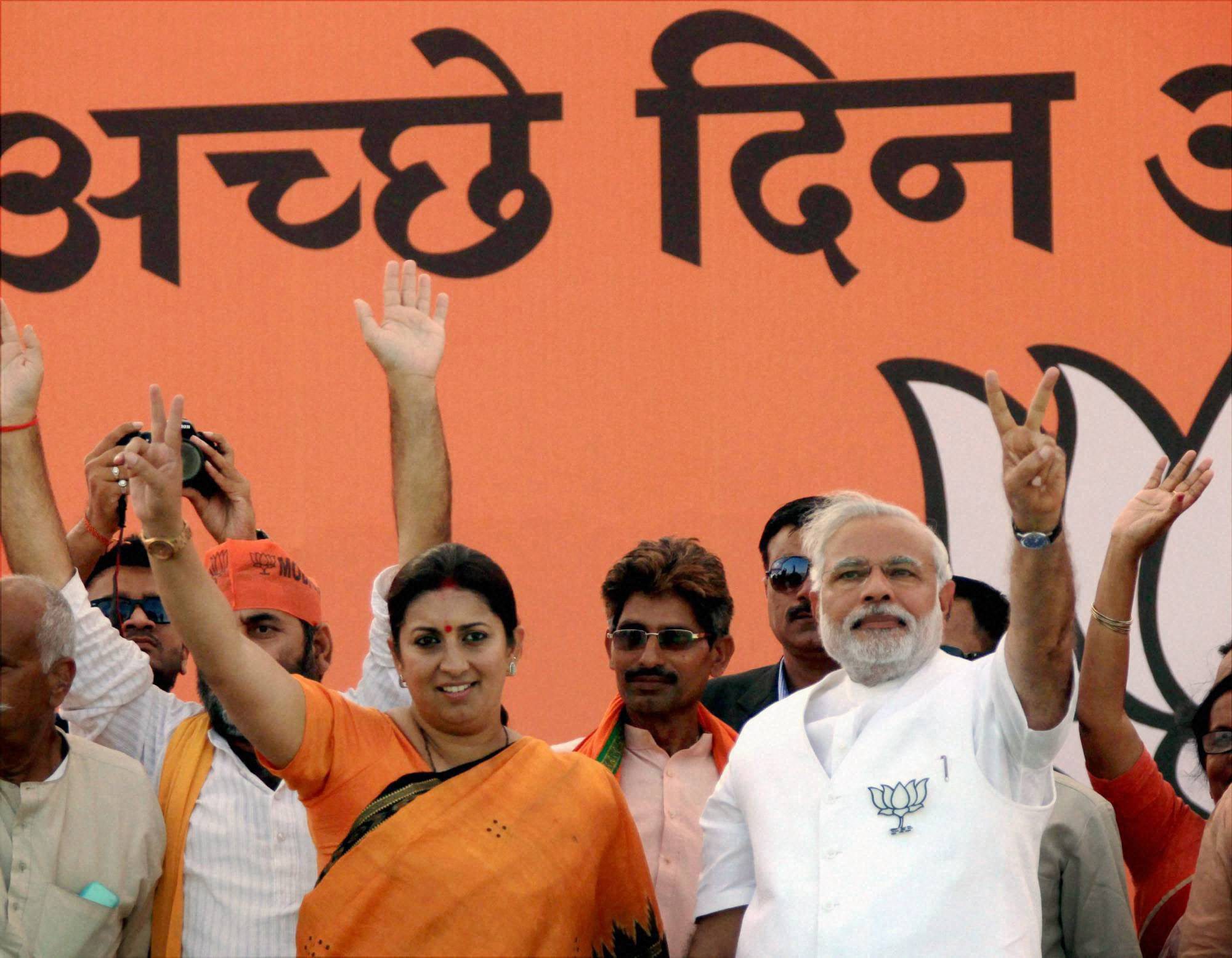 A year after launching the Swachh Bharat Abhiyan amidst much fanfare to cleanse India of pollution, Modi Govt seems to be on a renewed mission of cleansing India of “cultural pollution”. According to a report in The Telegraph, at the RSS conclave held in Delhi last week, Union culture and human resource development ministers have pledged to ‘launch a countrywide movement to rid the nation of ” sanskritik pradushan (cultural pollution)”‘.

The report quoted Union culture minister Mahesh Sharma telling that there are 39 institutions under the culture ministry, including grand museums and the National School of Drama and they will be revamped completely and a roadmap will be prepared for them. Union minister Smiriti Irani, and HRD ministers of various BJP -ruled states too were present at the meeting.

“We will cleanse every area of public discourse that has been westernised and where Indian culture and civilisation need to be restored – be it the history we read or our cultural heritage or our institutes that have been polluted over years,” Union culture minister Mahesh Sharma said.

The culture and HRD ministries will prepare independent roadmaps for the proposed culture “cleansing” exercise which will touch school curricula, art and cinema, science and technology and libraries, the report said.

A number of RSS and BJP functionaries have already been appointed at key positions in academic institutes. Students of FTII have been protesting against the appointment of Gajendra Chauhan, a BJP member and TV personality, as the Chairman of the institute and questioned his credentials to lead the Institute. BJP has often termed homosexuality as a “western influence”.