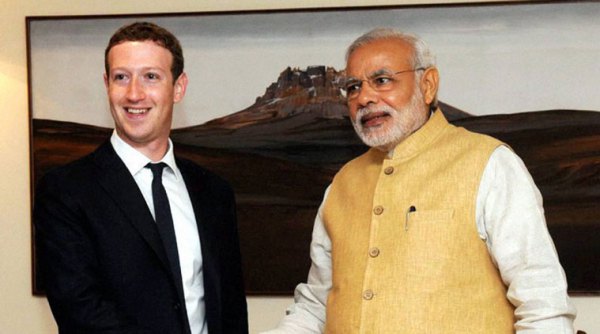 An onlinepetition urgesGoogle, Facebook and Apple to raise the issue of LGBT rights with Indian Prime Minister Narendra Modi. A group of academics had previously written a letter to Silicon Valley cautioning them of the privacy concerns associated with Digital India, and talked about the Human Rights violations being perpetuated by the government.

The petition, addressed to Mark Zuckerberg, CEO, Facebook, Tim Cook, CEO, Apple, and Sundar Pichai, CEO, Google, reminds them that the three companies have been leaders in supporting their LGBTQ employees, and urges them to raise the issue of repeal of Sec 377 when they meet PM Modi. Indian Supreme court had re-instated Section 377 and criminalised gay sex in Dec 2014, while leaving it to the Parliament to change or repeal the British-era law.

However, Mr. Modi has never spoken on the issue, choosing to remain silent over the matter even when the whole country was debating the Supreme Court verdict. The petition, reads: “Modi has refused to take any stance on the law, even though leaders from every other major party have spoken out against it. Modi and his party have the legislative power to initiate concrete action to decriminalize millions of LGBTQ Indians. Will Silicon Valley seize the opportunity to set an example and stick up for 50 million LGBTQ Indians?”

The petition has been started by Queers for Justice in India and received more than 600 signatures till now. If you are in US, you can sign the petition below, or else click here