Pride March in Chennai Today, Vadodara and Bhopal Next in Line

The month of June is celebrated as Pride Month across the world, and various events, functions etc are held in the memory of the Stonewall Riots, which became the inspiration behind the first pride march. The Stonewall Riots started in the wee hours of 28th June, and the coming week is thus the pride week, when celebrations pick up across the world.

The pride week is going to kick off with Chennai Pride March, which will complete ten years. The 10th Chennai Rainbow Pride will be held on 24th June, and begin at 3:30 pm from outside Rajarathinam stadium, Egmore and go till Langs Garden Road in Chindadaripettai. A host of events were held throughout June, and will continue till July to commemorate the 10th anniversary of Chennai Rainbow Pride.

The city of Vadodara in Gujarat too will have it’s 3rd pride march on 1st July. The march will start at 10 am from Dairy Den Circle and go till Yog Niketan. Bhopal, the capital of Madhya Pradesh will be hosting its 2nd pride march on 15th July. 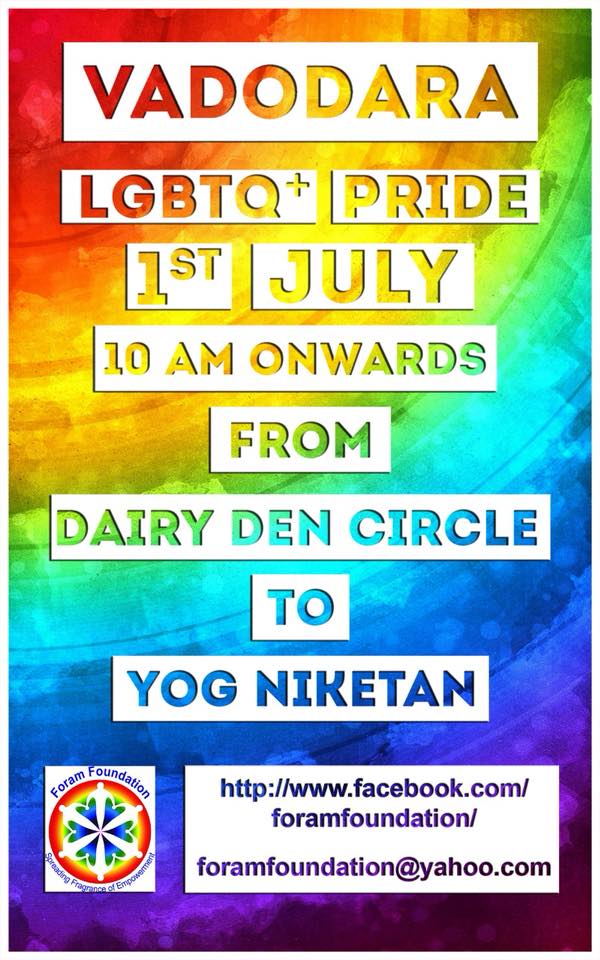