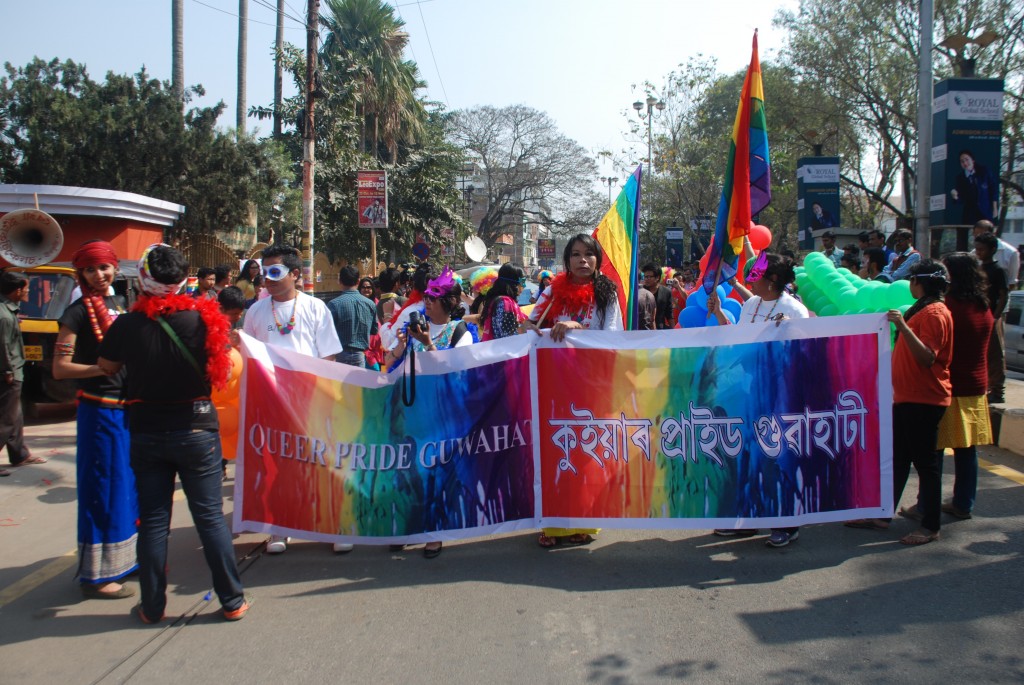 9th February 2014 will go down as a historic day when over 100 people hit the streets of Guwahati and held the first LGBTQ pride march of not only the city, but also of North-East India. The march began at Dighalipukhuri (which is surrounded by the High court, Museum & District Library)at 11am, traversed via the Guwahati Club (which is a very prominent place) and ended at T C Fountain Point at 1.30pm. People from diverse backgrounds and from different states including Arunachal Pradesh, Tripura, Meghalaya and Manipur, joined the march to claim their rights. The marchers also protested peacefully against Section 377 by holding banners in English, Hindi as well as Assamese. The turnout was bigger than the Global Day of Rage protests which happened just a month ago.

Vibrantly dressed, the marchers recited poetries, shouted slogans and danced to several Hindi & Assamese songs. They also distributed hearts & rainbow stickers to passersby. The pride was organized by a group of individuals and volunteers with immense support and solidarity from the community. The minimal cost of the event was supported by contributions from queer people from Mumbai and the Delhi Pride Committee. It wasn’t easy to organize the pride though. Constant threats were being received from student unions. In fact, a few people from the Hindu Yuva Chatra Parishad were trying to block the road and protest against the pride but were arrested by the Police. The march went on smoothly, thanks to support from Police administration. 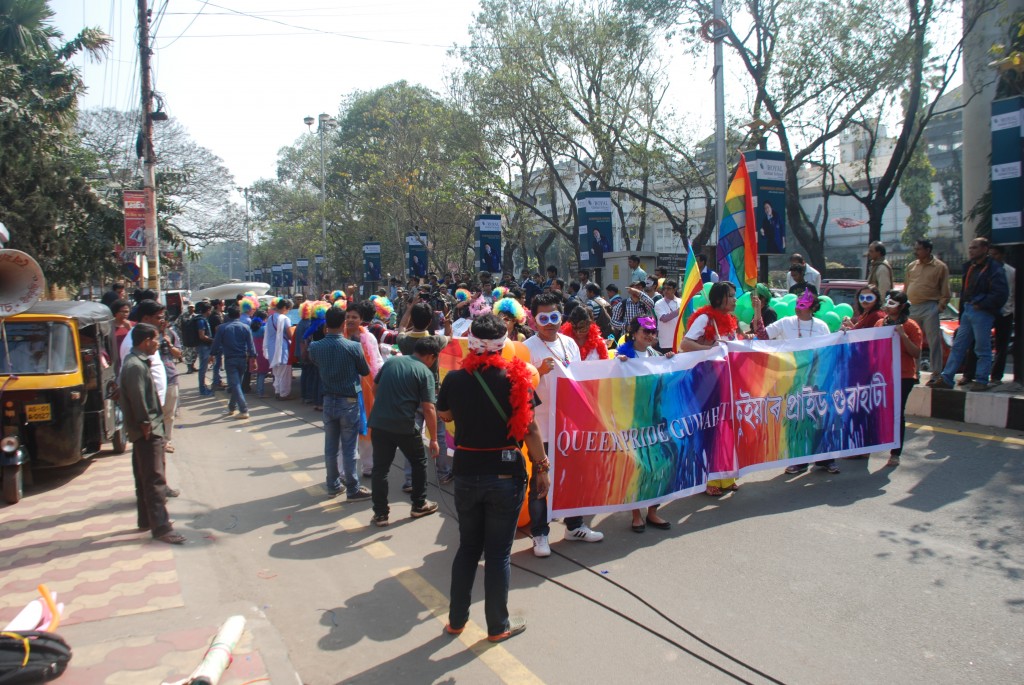 The second pride March to be held after the Supreme Court’s Judgment (the first one was held in Mumbai on 1stFebruary), this comes as a very brave and encouraging move by a community which has been struggling for its basic rights since long. Fighting against racial discrimination, labelled as ‘chinki’ and battling against unjust laws, the north-east community has been struggling for years now. The LGBT movement is still in its nascent stage there but this pride march has taken it a step ahead. Hopefully, this will open up more spaces for discussion and acceptance in the seven sister states of our country. 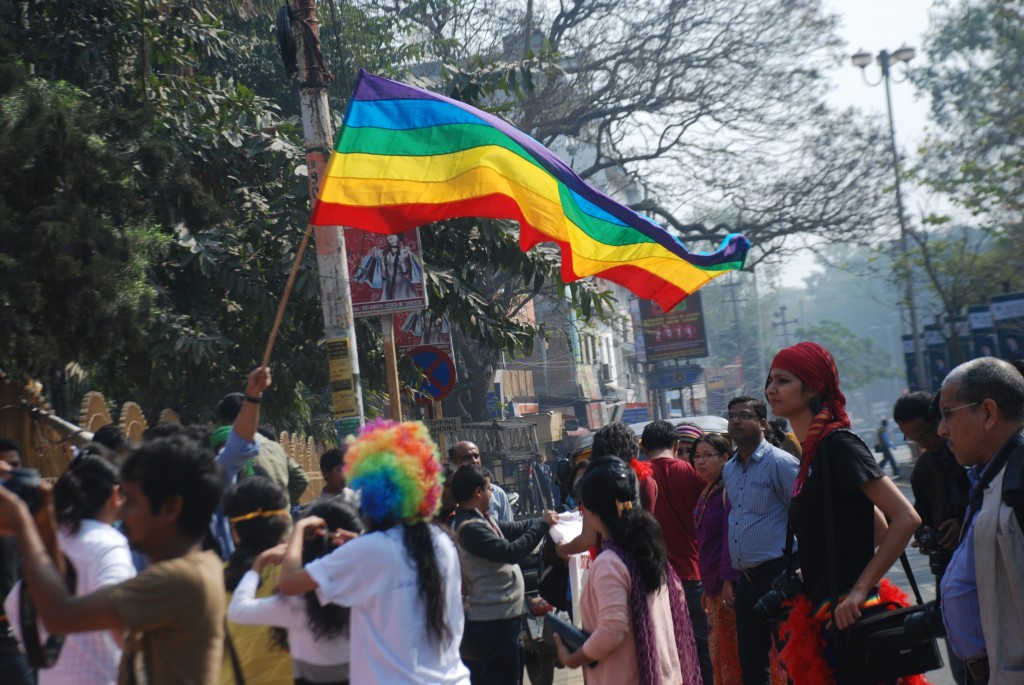