Rainbow State of Mind: Indian Youth and the Impact of Sexuality 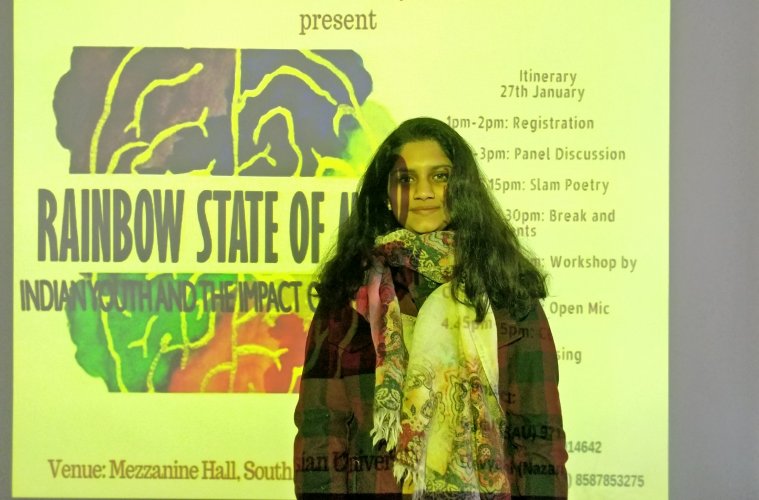 What better way is there to start the year than a healthy dose of gay-eity? Nazariya, A Grassroots LGBT+ Straight Alliance organized its first event of the year in a metaphorical flurry of rainbows, unicorns and glitter in collaboration with Project Voice + and Karma Centre for Counselling and Wellbeing. Aptly named “Rainbow State of Mind”, the event took place on the 27th of January at South Asian University, Delhi and consisted of members of the LGBT+ community coming together with their straight allies to discuss experiences of queerness. Complete with a panel discussion, a workshop on mental health and sexuality as well as an open mic session for performance poetry the event was informative as well as discursive.

Barring the mild scare that there weren’t going to be enough seats to accommodate the crowd, the event began smoothly enough. Shruti Appalla, the co-founder of Nazariya, graciously addressed the audience before handing over the mic to Siddhi Pal of Project Voice + who informed the members about the rules of the event, highlighting the importance of confidentiality within such a space and respecting the other person.

Once these essentials were laid down, the workshop commenced with Ipsa James, a psychologist from Karma Center taking over and urging each person to imagine a homonormative rather than a heteronormative society and asked them how they felt in such a situation. She discussed identity as being both sexual and romantic characterized patriarchy as the true evil which victimizes both men and women. She also talked about the rigid laws of an ironically free country – Section 377, the Trans Bill of 2016 as well as rape culture with its broad terms of marital rape, male rape, and corrective rape wherein the queer members are forced to suppress their identity. With specific reference to the subject of mental health and sexuality she spoke of how individuals can help those facing mental distress by listening and by spotting changes in their behavioural. It is important to be sensitive and non-judgemental in order to allow the other person to open up and feel comfortable. Not one for pure seriousness, Ipsa also regaled the audience with stories own experience of being a woman with short hair who often addressed as sir or bhaiya. 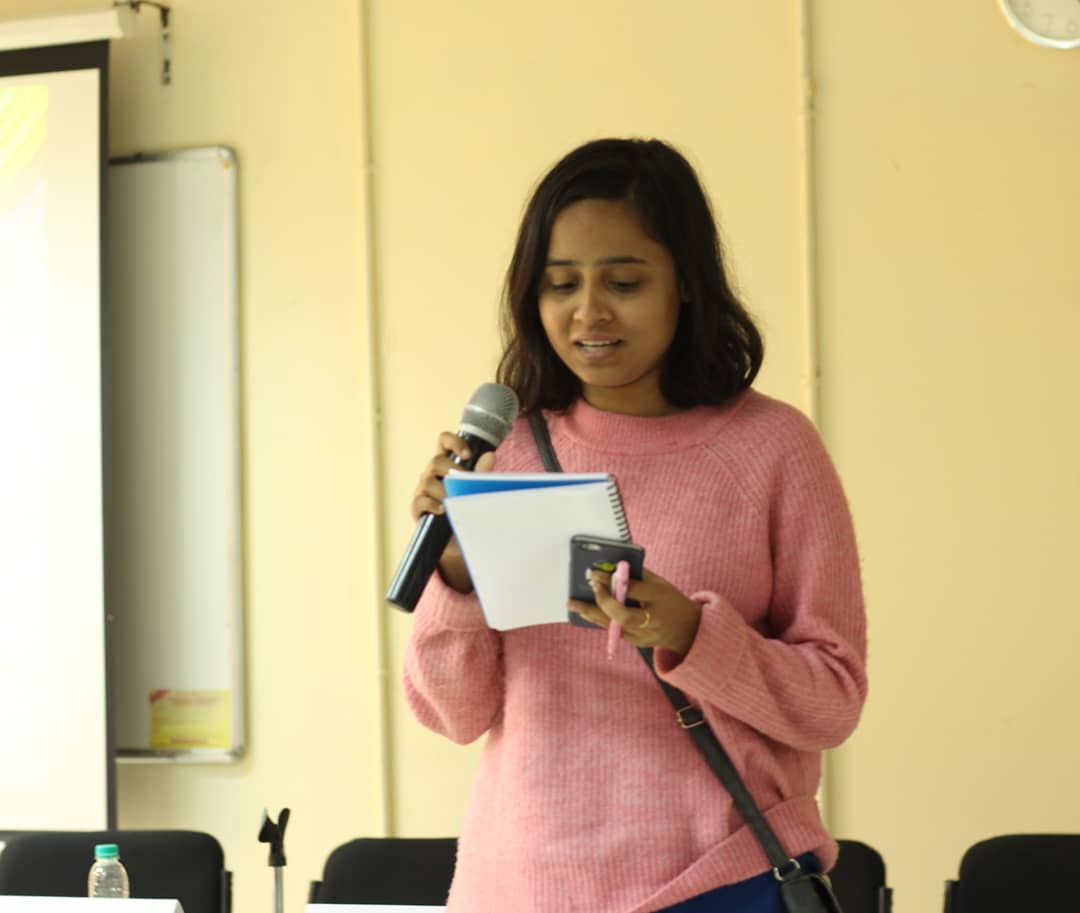 This was followed by what had to be the most powerful and impactful part of the event – the slam poetry. The performers, Uppa Tsuyo and Angana Sinha Ray each recited an evocative poem about transsexuality and lesbianism respectively, leaving several people teary eyed. The panelists took their seats in the second half. They consisted of: 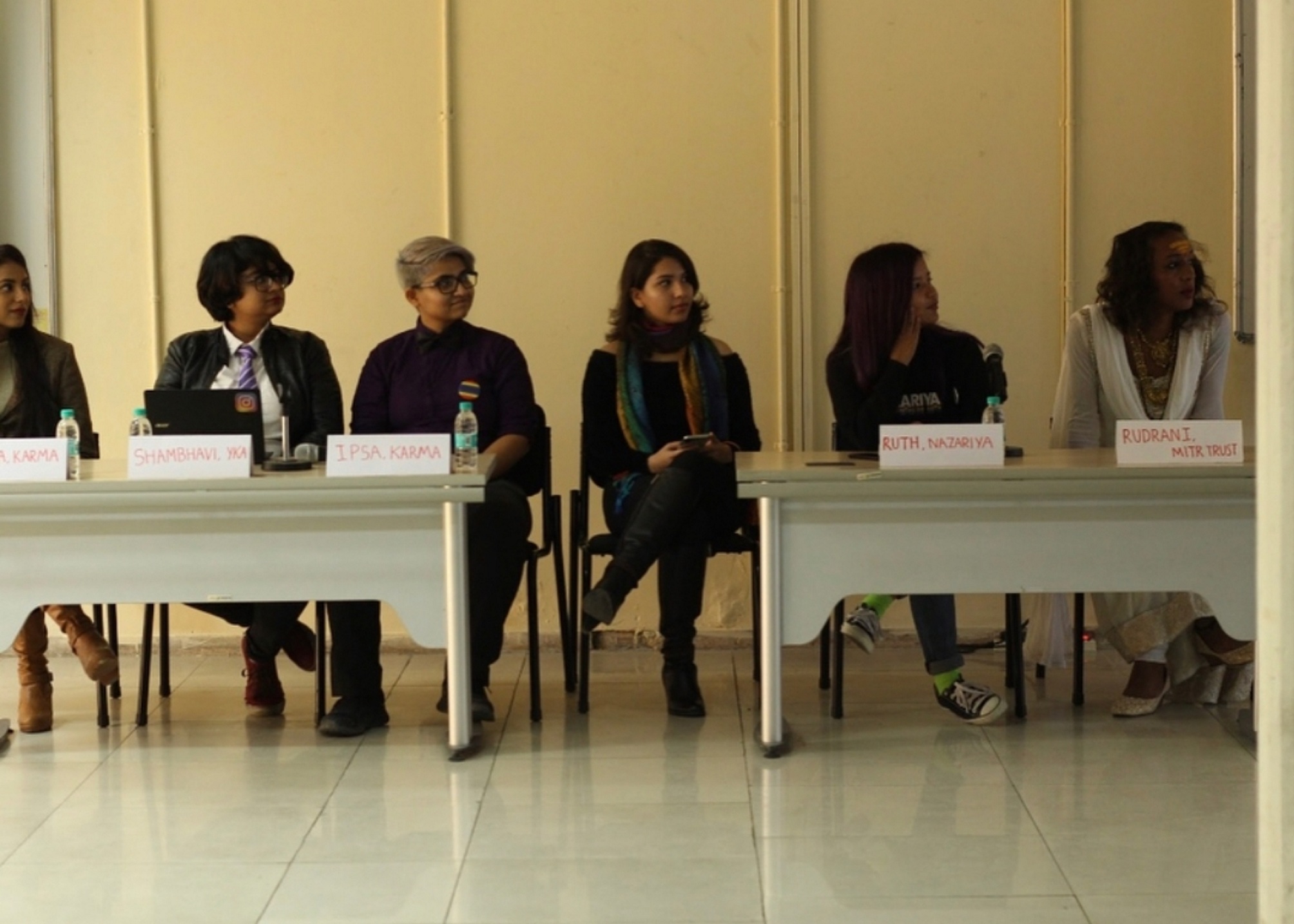 They answered questions based on their personal experience, bringing forth problems in clinical diagnostics and assessments, visibility of queer individuals, a reluctance to progress from the older staunch views and the most prevailing response from Rudrani being in terms of existence and survival being more necessary in a time of coming to terms with personal identity and the problem of being judged by one’s appearance. In terms of the use of labels, the panelists differed on whether labelling members of the community is right or not, as well as how and why it creates further internal division but also grants a sense of identity and belonging to an individual. The final facet was the role of straight allies and how to reach out to the people. This saw responses being subjective, with Ruchika emphasising the lack of education in the sphere of gender, regardless of whether it is in the school/college syllabus; Ruth urged the allies to be approachable and should themselves try to inform the ignorant population and help in magnifying the voices of the minority.

The event was a success indeed! It ended with a Question and Answer round from the audience followed by an open mic session titled “The Politics of my Bedroom.” Though a few poets deviated from the topic, they succeeded in tugging on the emotional heartstrings while covering issues of women, lack of representation and sexual intimacy.