Indian steel giant Tata Steel took a big step towards inclusivity at workplace with the launch of WINGS, an Employee Resource Group for LGBTQ employees under its Diversity and Inclusion program called Mosaic. WINGS was launched on May 18th, a day after the world celebrated IDAHOBIT (International Day Against Homophobia, Transphobia and Biphobia), at the Tata Centre in Kolkata. The launch was attended by senior executives of the company, including VP – Steel (Sales and Marketing) and Vice President – Human Resource Management.

Logo of WINGS – The LGBT resource group of Tata Steel

Close to 100 senior executives of TATA STEEL and its associated companies were present for the launch, which was also webcast to various locations. M C Thomas, Executive-in-Charge, Ferro Alloys and Minerals, gave the welcome address and set the tone for the day. He talked about Mosaic -the D&I initiative of Tata Steel that was launched in 2015, and how WINGS is an important part of their initiative of having a more diverse workforce. “We believe a great workplace like us is not only a place where everyone feels included, but is also where each one of us is a part of the system,” he said. 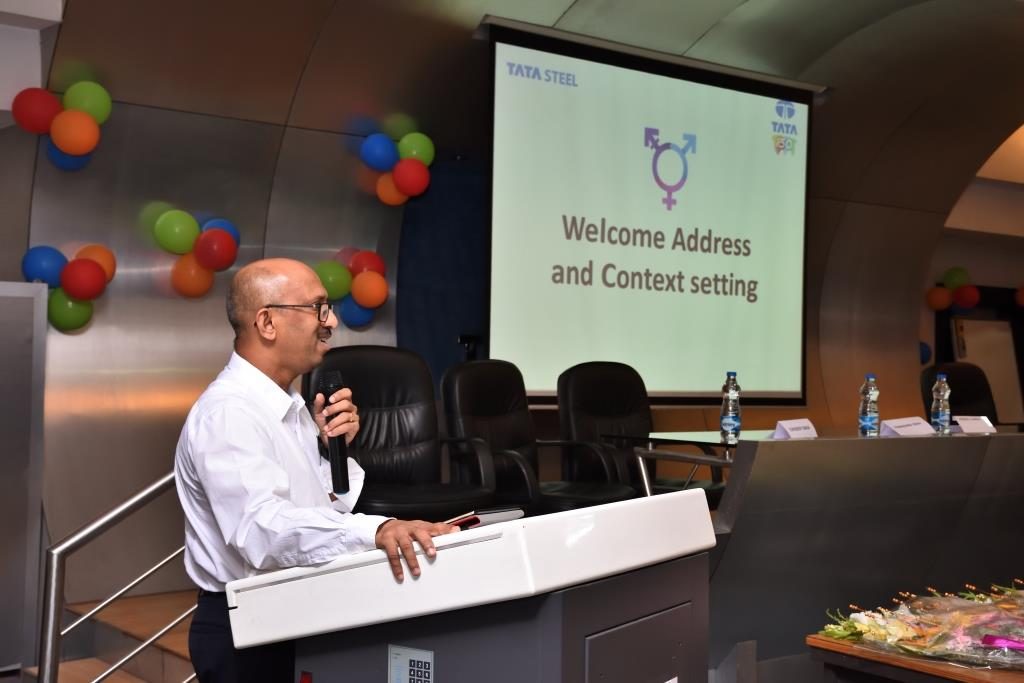 Mr Peeyush Gupta, VP – Steel (Sales & Marketing), in his address, further listed why this ERG is important, and the need for having an inclusive workplace. He acknowledged that Tata Steel might be late in developing an LGBT inclusive policy, but said that it was a good time to start now than later. “We are embracing LGBT policy because this policy should have happened many more years.. many more months.. many more decades before we all came, and that’s the change which we want to bring. Today is probably the right time. We cannot remorse on the fact that we have not done it in the past, but we also do not want to repent many months or years later that we did not do it today. As a pioneering company, we have done number of pioneering things in the past, this is one such pioneering thing we can do for the steel industry,” he said. 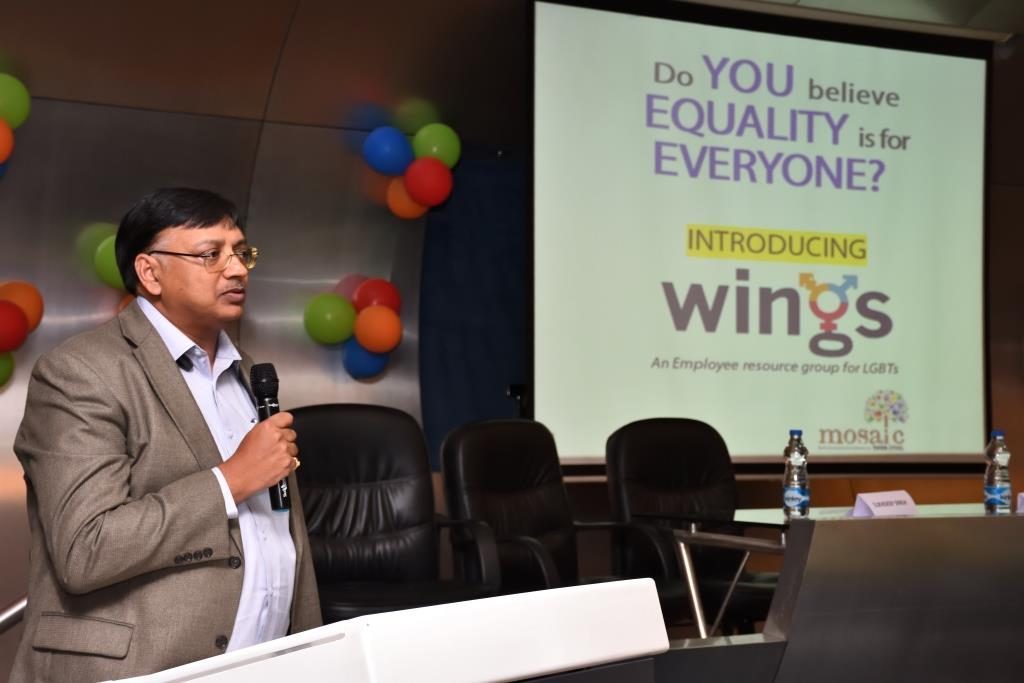 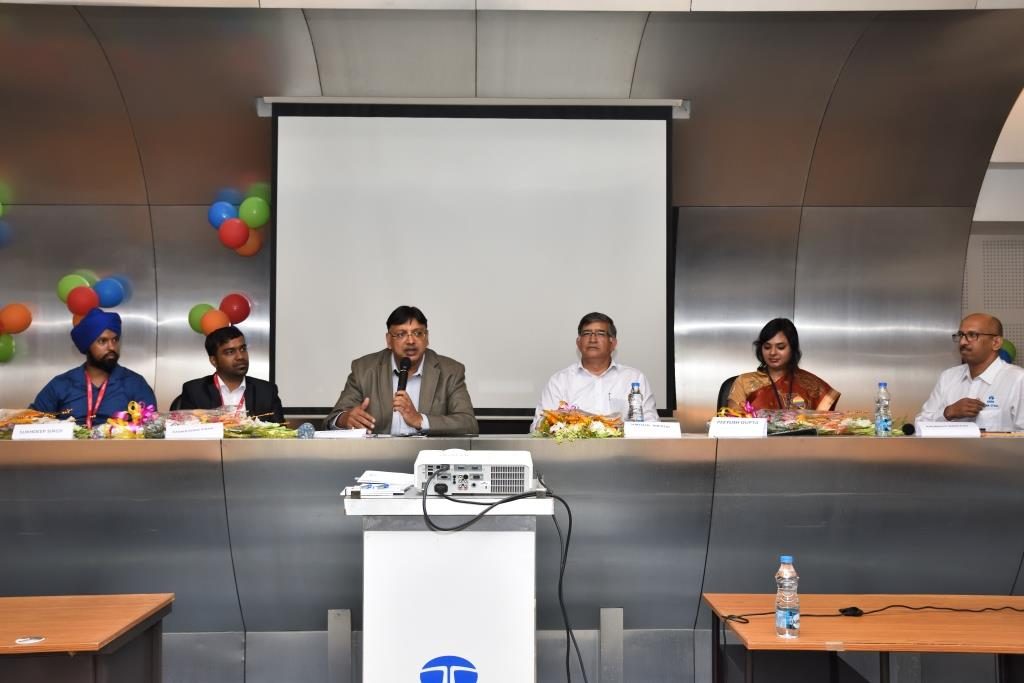 The panelists at the launch event of WINGS – a Tata Steel ERG (Picture courtesy: Tata Steel)

Mr. Tripathi acknowledged that bringing the conversation around LGBTQ issues and policies in various Tata Steel offices, especially the ones in smaller towns, might be difficult, but affirmed the support of the company nevertheless. He said that Tata Steel will take up initiatives to educate the people about these issues. Singh shared his own journey of coming out in college, and starting up a LGBTQ e-magazine. Sinha talked about Section 377, and informed the audience that being LGBT is not a crime in India. He then narrated his own story of being bullied as a child, and his experience of leading an ERG at Intel. Anubhuti spoke at length on her own journey of transition, and the support she received from Tata Steel throughout. 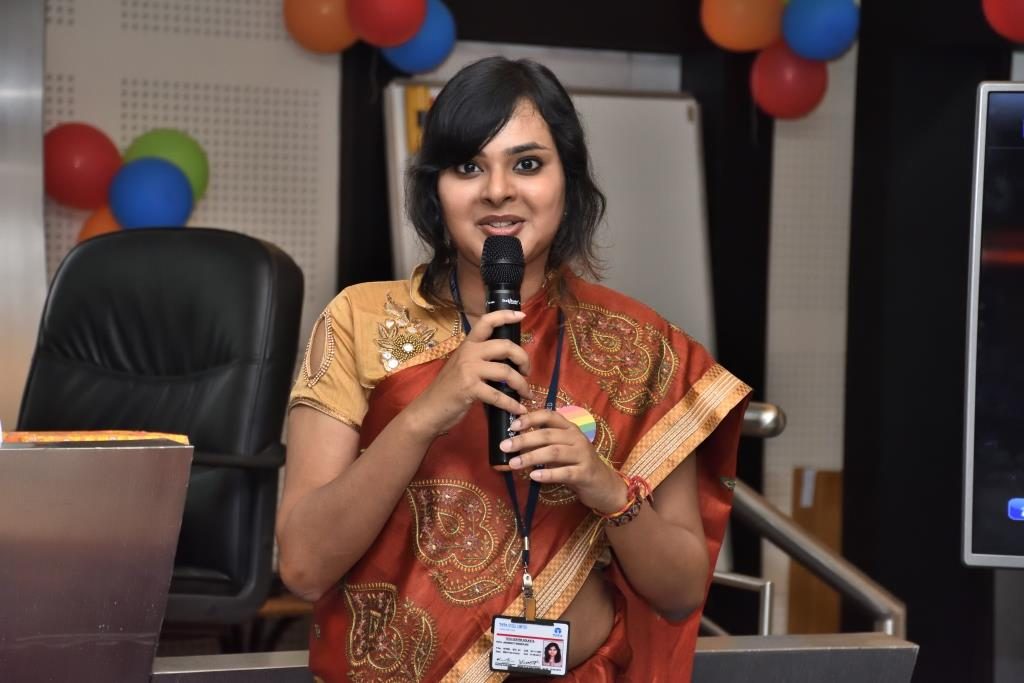 The day concluded with screening of the Vicks Touch of Care ad about a transgender person raising an adopted girl child.

Tata Group is one of the oldest industrial groups in India, and apart from Steel, has its businesses across various sectors including IT, Insurance, Car Manufacturing etc. With Tata Steel taking the lead with WINGS, other groups under the TATA umbrella are expected to launch similar initiatives too. Executives from some of the associated companies were present at the launch as well.

Many companies in India, mostly MNCs or those in the IT industry, are leading various initiatives to make their policies and workplace LGBTQ inclusive. However, Tata Steel is the first one from the steel/manufacturing industry to start an ERG for LGBTQ employees, and this will resonate throughout the country and inspire other companies in India to lead similar changes.