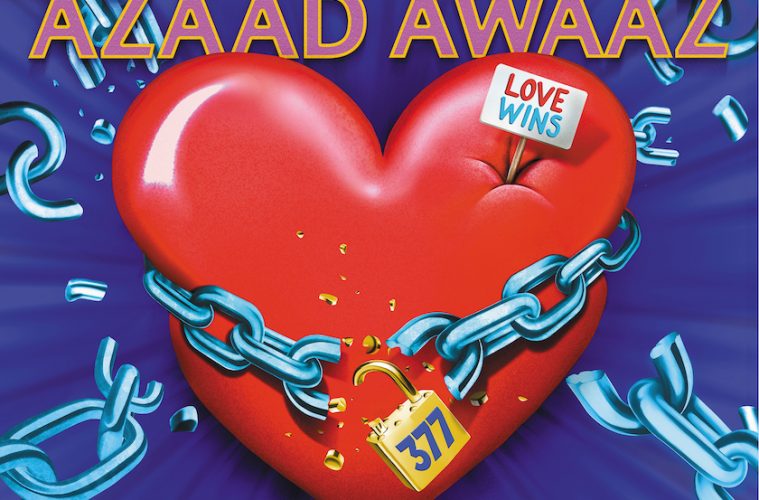 Queer culture and stories in this vastly dynamic yet morally closeted country of India, has existed since the beginning of memories. Stories of Hijra families, the divinized bodies of Kinnars and Mangala Mukhis, voices of sex workers, its devadasi systems and queer folks have flown along the seams of this country’s wind since Khajuraho and early documented histories.

A lot of these histories, stories and voices; the pursuit of freedom has been silenced and critically ignored in a systemically hetero-normative, queer oppressing society.

This is where, Azaad Awaaz, a queer podcast, gains its ground as an essential in documenting the struggles across the queer spectrum. The discovery of freedom in a land proclaiming to be the largest sphere of diversity.

Azaad Awaaz is a 10 episode series on the struggles of queer people for freedom in India, hosted by Mozez Singh, where he interviews his guests on an array of conversations from the importance of finding a safe space to coming out, to the afflictions and sufferings brought by traumatic mental health, inflicted by a supposedly straight society.

Hosted on Audible Suno, a podcast app by Amazon,  Mozez says, that the platform had approached him, in a sensitive manner, granting him the freedom to experiment with his work, rather than the usual rigidity presented by content platforms when it comes to artistic freedom.

The series appears to cover a wide aspect of the community, in the form of dialogues and conversations, in a sensitive and beautiful fashion. Each conversation lasts for about an hour and uses an everyday language unlike a filtered or polished one to engage with the audience in a connected manner.

Each episode is tailor made with as much sensitivity as possible to address an array of intersections, that includes caste, class, gender, dysphoria and dystopia. It aims at looking at the different forms of identities by not taking away their agencies in a conventional format of an interview, but rather maintaining an adherence to their name which talks of freedom, and going for a conversation.

While I’m tempted to divulge the names of some of the guests, I believe that it is not ethical as it brings a prejudice to the way we approach these conversations. I trust that these conversations play a key and crucial role in documenting the vehemently unspoken histories of mankind and passing them on to the future generations, where one can see that paths that they walk on and how they’ve come to being. That is important.