Behind the making of the LGBT music video – Head Held High

‘Head Held High’ a LGBTQI music video recently got approval from the Censor Board. Kumam Davidson talks to  lyricist, singer, and producer, Sharif D Rangnekar and the director, Payal Shah about the music video

Congratulations! The Central Board of Film Certification approved India’s first LGBTQIA themed music video without any edits with a U/A rating. How do you feel?

Sharif: It definitely feels great. With the certification in place, through the medium of television, we would be able to share the message of love with a larger audience and therefore, help in addressing the simplicity of love which is at the centre of what the LGBT community is fighting for. The certification is critical given the general stigma society carries for people who love freely and the LGBT community. The censor nod does indicate hopefully a more liberal view on freedom of expression and speech.

Payal: Making the video was a liberating experience. Seeing it get an approval from the Censor Board, adds to that feeling to share the message of love. 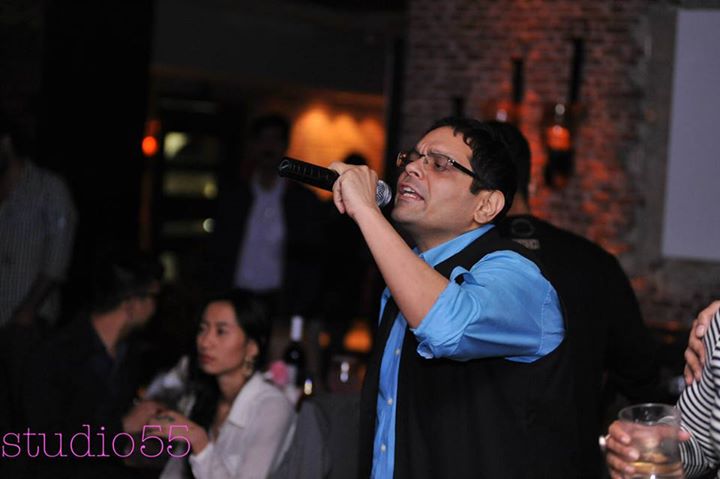 Sharif D Rangnekar at the official launch of the music video in Delhi.

Sharif, you are the CEO of a successful Delhi-based PR agency called INTEGRAL PR and you also got a band called Friends of Linger. How do you mange?

Sharif: Manage what? Something happens during the day and something happens during the night. Well jokes apart one integral thing to the INTEGRAL PR family is love, affection and togetherness. So, it’s more like an extended family. I spend so much time with them that I get to know them so well, including their family. Two of our singers are with the firm. Our ‘almost brand manager’ is Adhish who is a senior vice president at Integral PR. So, there is this whole aspect of strong emotional connection among us which makes it much easier to manage for me.

Where did you find Payal Shah, the director of the music video?

Sharif: I didn’t find a potential director for a while after I started planning. Budgets was an issue. And then I almost dropped the idea of the video. One day a friend named Pankaj asked about the video. He said there is a woman who is creative, emotive and a bit crazy as well. I was open to meet her. Surprised, he asked if I was sure. I said absolutely. Then I met her briefly at office and that was it. There was no turning back. 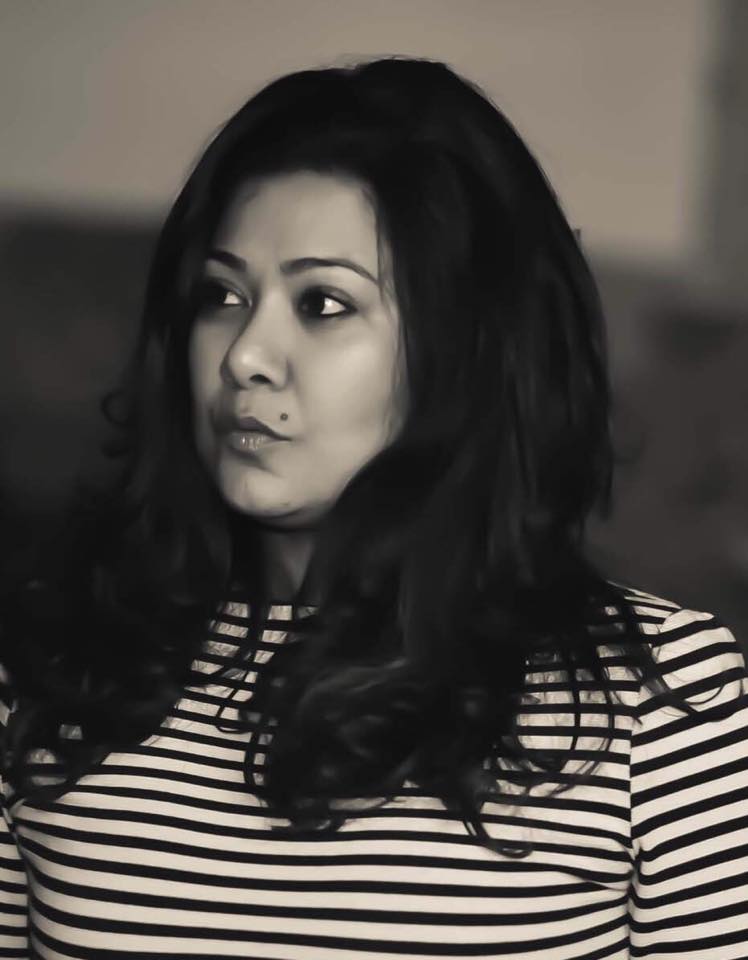 Payal, how was it working with Sharif?

Payal: It was brilliant working with him. He had a clear vision of what he wanted and that made my job really easy. When you are working with somebody who has absolute clarity, it is really easy and fun. I also knew that this project was very close to his heart and seeing him so involved in the whole process of making the video, I immediately gained so much respect for him and his approach. One of the best things was that he gave me complete freedom to discuss anything at any time. It naturally became ours rather than his or mine. That was the beauty of working with him.

“Head Held High” is the first LGBTQIA themed music video in the country. Do you think mainstream music in India still put their hands off such crucial issues?

Sharif: I think mainstream music itself is dominated by Bollywood. So far the issue has not really been taken up seriously and with political correctness by Bollywood itself. So probably that is the reason why mainstream music industry has not picked it up yet. And when it comes to English music, the music industry is still underground. There is not really any band which is very close to mainstream. So this in itself becomes a problem for a song like this. Also we focused on the lyrics that is divested of clichés and stereotypes which mainstream music or otherwise pick up. We didn’t want it to be a representation inspired by or similar to, for instance, the life and identity of a gay person as depicted in a gay parade, which is highly stereotyped. We were doing a different art.

Payal: For me the answer is in the classification of mainstream and offbeat itself. Mainstream is Bollywood, which picks up clichés and stereotypes even for radical themes. So when I did this with Sharif, I also pointed out that I would refrain from any kind of stereotyping. And that’s precisely the key point. One is off beat and the other mainstream. And what constitutes the offbeat is the kind of music we have done, very powerful and off the mainstream style. Sharif had written a very powerful lyric and it guided the visualization till the end.

Sharif, What kind of music do you listen to?

Sharif: I listen to mix of folk rock, rock in its purest form, blues and African sounds. I think I have been deeply influenced by people like Bob Dylan, John Lennon and Roger Waters when it comes to lyrics. These are the sounds I buy full albums of. But yes I don’t mind Madonna and Donna Summers or more recent artists such as Rihanna, Lady Gaga, etc. There are some interesting new singers such as Vance Joy, First Aid Kit, Angus & Julia Stone, Adele, Lake Street Dive and Lucinda Williams.

Why an English music? It could be Hindi as well. Who is your audience?

Sharif: Our audience is everyone. It is picked up in different places; France, Italy and so on wherever there are English speakers. But this is not really the reason. I could never pass in Hindi exams during college, so I could have not done it.

Payal: The lyricist is predominantly comfortable with the English language. Hence, the song was conceived in English and there was just no other way. 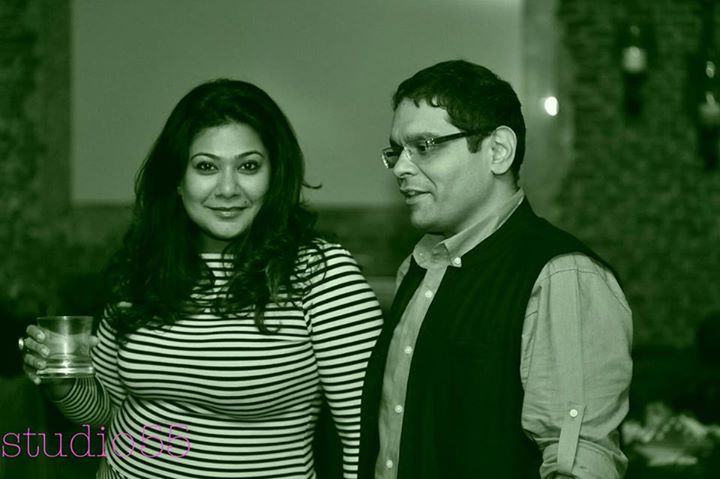 What is most special about this music video to both of you personally?

Sharif: We both say it is our baby. It was an unbelievable challenge for so many creative people with different ideas to work under one roof. The fact that everyone calmly accepted, shared and contributed to the making showed that everyone was there for a sole purpose. This was really special to me.

Payal: It is our baby, our creation. The togetherness and immense love shared among everyone who was involved in the making is the most special feeling to me. There was a lot of faith, mutual respect and admiration for each other and lot of healthy consultation and exchange of ideas too which never went overwrought.

Sharif, was there one moment or incident that changed your life?

Sharif: I think the moment that changed everything was when my engagement fell off. I spoke about this in my article on Huffpost as well recently. The uncle of the girl was also pushing back dates and it occurred to me that there was some doubt from their side. So the day it was called off, I walked around my house silently yet confidently. Everyone in the family was happy that I made a conscious choice for myself. I didn’t realise but there was a great sense of freedom deep inside me that I found that day. And yes everything changed after that for good. I think that was the greatest moment of my life.

Everyone is high on the success of the music video. But is there any new project in pipeline?

Payal: I would love to do a short film perhaps. I am just beginning to think. And this video has made me more confident, imaginative and passionate. So perhaps, a short film might happen.

Sharif: We are still digesting this one, so I do not really have any clear cut project yet. But Payal’s idea is interesting. Let’s see.

Will you two work together again?

Sharif: I think so. She has great ideas. Well, we will definitely!