Documentary about Sikhism and Homosexuality looks for Crowdfunding 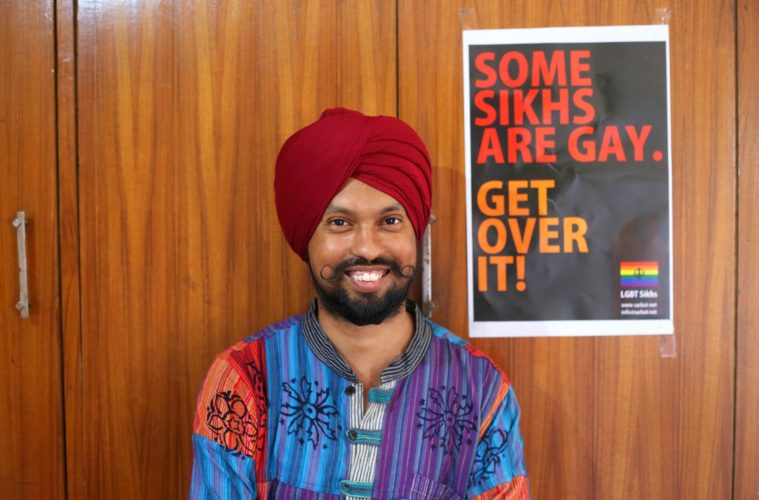 Religion and homosexuality have had a complex relation the world over, and the two are often considered incompatible. “You can’t be religious if you are gay,” one is often told. World over, the lived experiences of queer people belonging to Christianity, Hinduism and Islam have been well documented through articles, stories, movies or documentaries. Sikhism as a religion is less than 500 years old. There are over 27 million Sikhs all over the world. India has the largest population of Sikhs at around 20 million and there is a huge Sikh diaspora in the UK, US and Canada. There are over 650,000 Sikhs in Canada, while close to 432,000 Sikhs live in the United Kingdom. Yet, there are hardly any resources/documentation of the experiences of queer Sikhs.

Sab Rab De Bande, which means ‘We are all God’s Creation’, brings forth the various challenges that LGBTQ Sikhs grapple with and the different ways in which they reconcile their faith and gender/sexual identities. The documentary, through interviews with LGBTQ Sikhs, captures the varied experiences of queer Sikhs. Featured in the documentary are five different people with different gender and sexual identities and belonging to different parts of India.

By tracking the life of five different queer Sikhs, the documentary seeks to find answers to questions like: Did their religious identity (and teachings) come in conflict with their sexual/gender identity, or did they find strength in the teachings of their religion and religious identity? What was the reaction of their family when they came out? Did they oppose it in terms of religion? How did the lack of visibility and representation of queer Sikhs in media and online spaces affect them while growing up? What kind of discrimination they face within the queer community, which idolizes a clean shaved look? What did they feel growing up as a Sikh and a queer person?

We have been working on this documentary for 2.5 years now. While the shoot is complete, we still have post-production work to be done. The project has been funded by Sukhdeep’s own savings till now, but it needs additional money to complete it and then take it to film festivals, private screenings, colleges etc.

This is the first attempt at documenting the experiences of being LGBTQ and Sikh, and we hope that the documentary will act as a resource for various LGBTQ Sikhs across the world, and will also start a new conversation with the Sikh community in a more positive way. This is a story that needs to be told and for that we really need your help. Please contribute to our campaign below and make this happen!