Loev had its official release in India on May 1st and is available on Netflix. If you see from a distance, Loev is not a gay film except that the characters are homosexuals. The men in the movie seem to be privileged in every sense – gender expression, language, access to spaces to name a few. They do not talk about sexuality. Their sexuality is a fact, no questions asked – or that is what they think and that is what is shown. Even if the movie is about love, the love isn’t homo-normative. There is ambiguity in their desire and expression. The relationships are sexualised and there is no morality thrusted upon to justify their actions.

“Loev is not a political film – it is a simple love story about an unusual love. But the act of making this film was a political one because of where this film was made.” says Loev’s director Sudhanshu Saira in the director’s note on the film’s official website. He could not have been any correct. The film wouldn’t have passed the censors and there would have been voices against the film for promoting immorality. Or for the simple fact that the movie depicts two Indian men kissing on screen. A proper kiss – by Indian standards – that is not forced or where the characters feel guilty post kissing.

The fact that the film does not talk politics itself is a huge political statement. The characters are ‘de-politicized’; which is how most of the gay men are in India. And I do not have problem with the ‘de-politicization’ of the characters. We do not expect the ‘straight’ movies to talk politics in every movie. Loev is excellent in depicting the life of gay men from certain demography. This ‘de-politicization’ highlights the issues within the gay community.

So for me Sudhanshu Saira is clearly making a political statement by de-politicizing the film. Loev provides us a lot of avenue to discuss, critique and learn. And in his own words, Sudhanshu Saira agrees that the film is more political than it portrays; “At first glance, this is a universal story that could have taken place in any city from Boston to Budapest but a closer look reveals an invisible, fourth character in every scene: the politics of India. The complex legal and social codes gagging these men shape the way they express, understand and recognize love.” 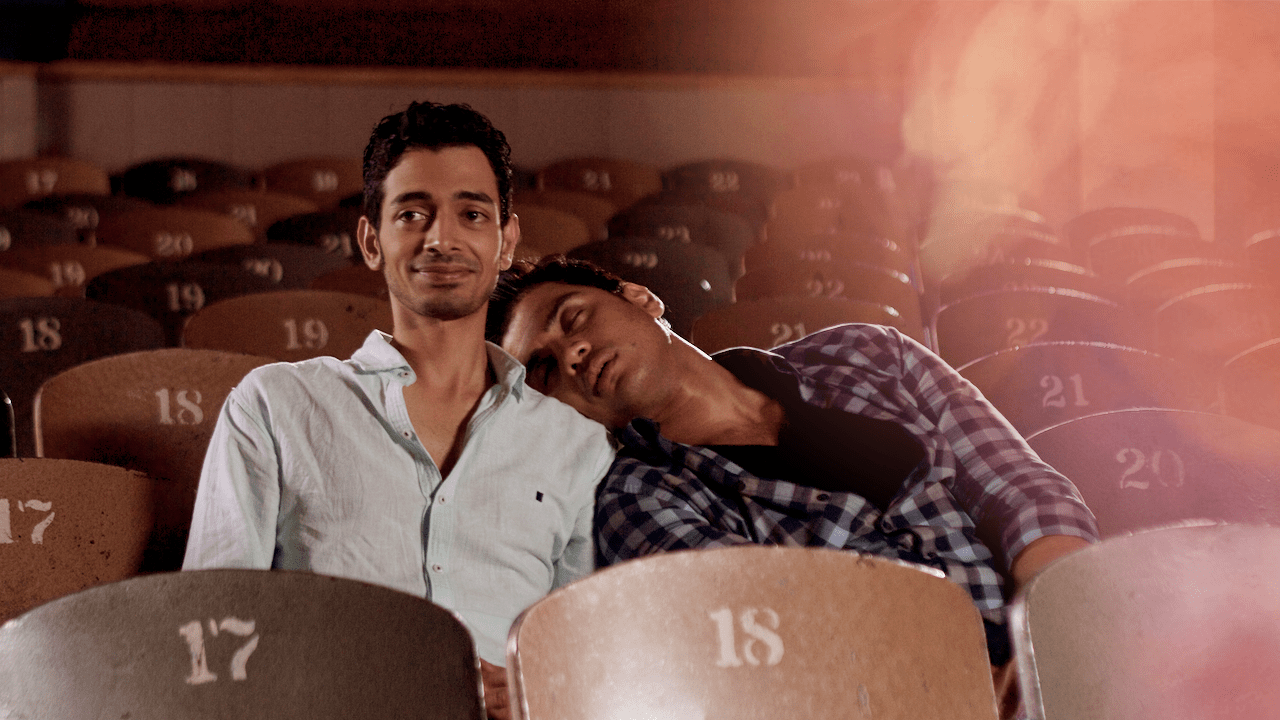 Loev revolves around Sahil and Jai over a weekend. There is ambiguity around their relationship. We do not know if they are friends or past lovers. They are comfortable with each other, they have a history and they are comfortable physically as well. Jai flies down to Mumbai from New York to spend the weekend with Sahil. Sahil’s boyfriend – Alex, whom he lives with, drops him at the airport to go on their weekend get away at the Western Ghats. Sahil does not have moral issues in having sex with Jai. It is the complicated relationship between them that pulls them apart whenever they get closer.

While the film revolves around the relationship between Sahil and Jai, their complex interpersonal relationship takes the front seat and how the society sees them is depicted in the background here and there. When they check-in at the guest house, they are welcomed by two single beds in the room. Sahil gets visibly upset and asks the caretaker why they would provide them a room that has two separate beds and if every room has separate beds. His response is honest – “The Madam saw two men on the reservation and provided two single beds, if you want we can change”. This scene explains how people of the same-sex are not seen as a couple. Their marital status did not determine in refusing them the accommodation. But they would never be seen as a couple. Sahil and Jai are privileged that they could have access to this space and yet not privileged enough.

The scene where Sahil kisses an unassuming Jai in-front of his colleagues again shows the fragile bubble they live-in. Until then Jai has the upper-hand in the negotiation. There is a visible power shift in the meeting room.

Later Sahil asks, “Why are you pissed?”

“Why do you think”

“I thought you didn’t think what these people think. You are their boss right?” 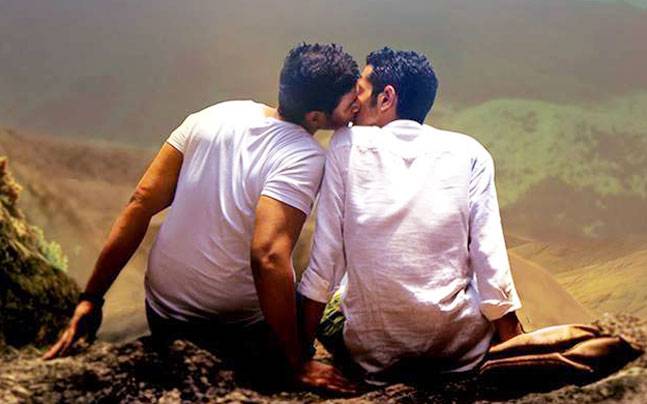 This conversation between Sahil and Jai has the potential to discuss workplace bullying and internalised homophobia. But the scene shifts to lust, seduction and rape. Jai doesn’t talk about how he lost his upper-hand in the meeting. He laments about how Sahil plays with his feelings. While I was initially disappointed, I quickly realised that these conversations are not part of our day to day life. While our existence and expressions are political; our conscious actions aren’t.

The most unsettling scene in the film was the rape. I wasn’t prepared for it, partly because I didn’t expect it in the ‘de-politicized’ Loev. The seemingly non-dealing of the incident could be termed as de-politicization. But the sad truth is that most of the times rape among gay men isn’t discussed. We move on. And the few times the incident is brought up, one or the other character dismisses it. Or that is how they deal with it.

The relationship between Sahil and Alex is complicated and organic. It could be an abusive relationship. Alex seems to be forceful and not give agency to Sahil in his presence. But the film also keeps reiterating that Sahil has the freedom to move-on with his life. And maybe he sees his freedom through Jai. Sahil could easily be one of those ‘independent’ person who is ‘dependent’ on a relationship. Jai who ‘loves’ Sahil has his own issues to deal with. The hint that he could be married to a women might be the answer.

For me, Loev is a refreshing and a complete India gay film. The film did not make me cringe with its sleaziness,  sloppy acting and cheesy romance. Towards the end of the film introducing Alex’s date ‘Junior’ is a comical noir addition which may go above the head for those who aren’t familiar with the gay sub-culture. The actors Dhruv Ganesh as Sahil, Shiv Padit as Jai and Siddhart Menon as Alex have set the bar high for any other Indian actor who would like to depict gay character in their films – apparently playing a gay character is the new challenging role. Dhruv Ganesh is charming on screen; he switches easily between being confident and fragile. It is really saddening to know Dhruv Ganesh is no more and lost his life to Tuberculosis at the age of 29 on January 28 2015.