Queer, apolitical, and without an ideology 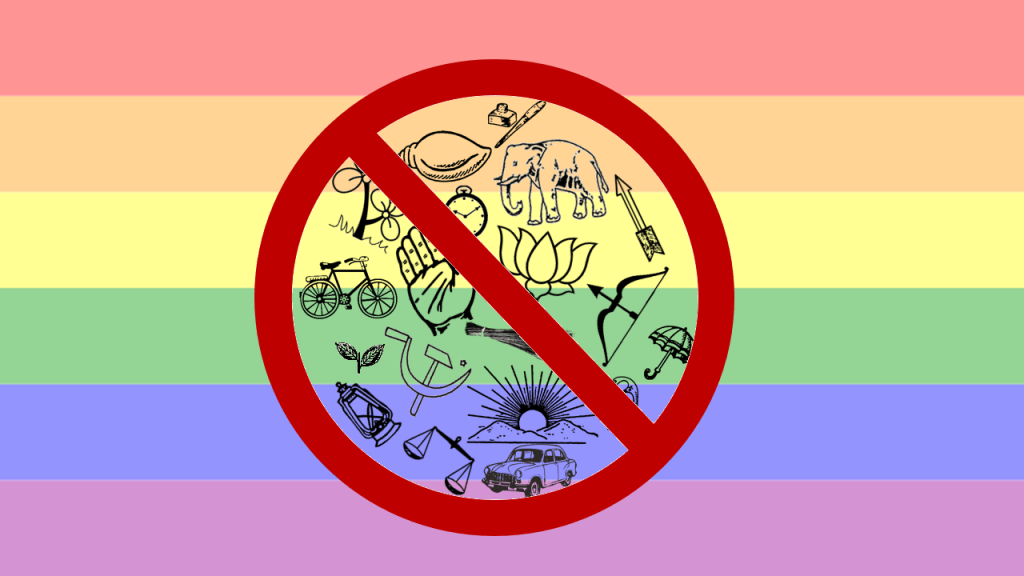 I have often been witness to rather acrimonious conversations centred on politics, religion, caste within the community and it makes me wonder why intolerance for an opposing view is so zealously cherished by members on either side of the spectrum.

As someone who has faced discrimination, I can empathise with people who are similarly suffering, and perhaps that is something which is demanded of every thinking being. But I do not quite agree as to why a fight for my rights has to be seen as an adjunct to every other struggle happening in India. Being queer need not mean that I be left leaning or anti-corporate, that I be anti-Israel or anti-heteronormative. Queer is a part of my being, but it doesn’t define me in any way. You cannot associate me with a boxed set of traits simply because I am queer.

It is probably your ideology dictating your thought if you envisage an ideal direction of how the movement should proceed. And an idyll is what ideologies seek to achieve – an Islamic terrorist killing to reach Jannat, a Maoist killing to eliminate class enemies, a Hindu zealot aggressively preaching his world views – all of them believe that their actions will root out all the evil in the world.What matters to me is the right to live my life with dignity, the way I want to live it, without inviting censure or condescension from anyone who doesn’t see things as I do. If I identify with your cause, I will come forward to support it, and I will do so without my identity of queer tagging along to assist in it. If I don’t, I won’t go to town saying that you support a ridiculous cause.

The Congress spoke in favour of gay rights but did nothing. Some in BJP spoke against gay rights and some in favour, and they too did nothing. AAP spoke in favour of gay rights but forgot about it when framing their manifesto. Ultimately, every party just hemmed and hawed on the issue. And it somewhat startles me to see how carried away people can get with their political views – for all we know the very man that we support today may be on the opposite side of the fence in a few weeks. There are hawks and doves in every party, and probably among the judiciary as well. If I view one leader as a messiah, I would do well to remember that opportunism creeps up everywhere, and the same party which cosies up to me today may trash me tomorrow. Extremism, whether right wing or left wing or centre wing, is never going to be inclusive.

People find a lot of reasons to justify their prejudices. They put a historical context to it or a personal experience to it. One simply cannot let a conversation end without ensuring that he has had the last word. Everyone has to periodically remind themselves and the world of how they are right and the opponent is wrong, lest they lose a basis for their high ground.

My views are just that – my views. They need not be facts, and there is nothing prescriptive about them. Just because I have a view doesn’t mean that it is the only right one and that it needs to show a direction to others. I do not have any delusions of superiority because I support or oppose a particular political figure or because I profess a particular ideology. An opinion seems to find pride of place only in two areas – the heads of the supporters and the hinds of the opponents. It would probably be a lot easier if there weren’t a direct correlation between the two.

I am happy being apolitical and without an ideology because it saves me the effort of justifying to myself why I am right and the other is wrong. I do not need to reiterate the success of my political faith and selectively ignore its shortcomings to say that all’s well with the world. You may think differently. You are welcome to think so. While practising what you preach may be good, preaching what you practise may not be necessarily so.