#BreakTheSilence: I can Still Feel the Bite Marks, Blood Stains, and Betrayal… 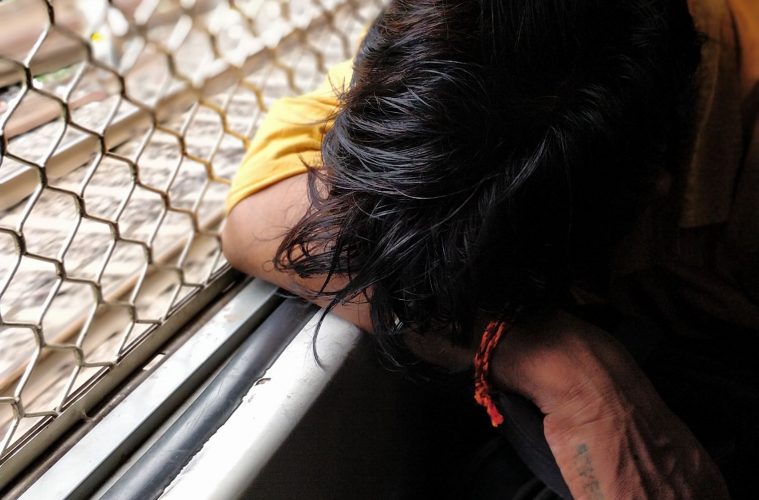 I dedicate my story to the parents who wish to make their children happy. My advice to all of them would be to just listen to your child.

It was the summer vacation and I was in kindergarten. I was looking forward to some days of fun and mischief with my cousins. My granny had taken me to my aunt’s home after a long while. My clothes had gotten muddy after playing with my sisters. A man (my older cousin brother) said he would clean me up, and took me to the bathroom. I remember his cold hands undressing me. I felt his arms and his naked body all over me. I didn’t understand what he did to me. Now, in retrospect, I can say that he sexually abused me.

This wasn’t the first time I became a toy for pleasure. I spent my childhood and adolescent days with the joint family. Another cousin of mine came to live with us for a while, to finish his graduation. On my eighth birthday, he took me to a room saying that he had got a special gift for me. He locked the door and grabbed my shoulders. He squeezed my lips with his monstrous mouth. Soon, he started giving me this ‘gift’ more and more often. Whenever I tried to resist, he would bite me, and even brutally beat me up. I would wriggle like a worm stuck in a bird’s beak.

They never bothered to enquire about what was going on with me. To them, it was a matter of pride that my cousin looked after me. They didn’t want to create issues by questioning the behaviour of this person.

A third cousin of mine moved in with my family, for reasons of education. I had just reached puberty, and was starting to feel attracted to handsome men. The third cousin and I once shared a bedroom, where he made sexual demands on me, claiming that he loved me. Pretty soon I found out that he had been lying to me so that he could get physical with me. He also manipulated my parents, who trusted him more than me. I was put under more and more restrictions, as my parents constantly cast doubts on my behaviour.

This continued till 12thgrade, after which I finally got some freedom when I moved into a hostel. But I was still suffering from depression, sleepless nights, nightmares, panic attacks, and loneliness. These were eating me up from inside.

For eleven years of my life, I put up with this abuse. Most people didn’t believe me when I shared my story with them. They thought I ‘enjoyed’ the abuse because I was gay. Or that this was the reason I became gay.

If my parents had chosen to believe me and care about me as a child, I would not have gone through being treated like a caged animal. I feel that I was no different than a prostitute, who served three men for 11 years. If I were a girl, I would have been pregnant by now, or would have given birth already, thus being labelled an outcast by society. I suppose I must be thankful that I never acquired any sexually transmitted diseases from my abusers.

Every time when I see a child spending quality time with parents, tears roll down my cheeks, my hands get cold, and my heart aches that I could not have such beautiful memories….

I am living a cursed life now. All I am left is with loneliness… I’ve found that in the LGBT community, people only look at your body, rather than your soul and stories. It’s very rare to find someone who loves your heart. I kindly request the readers of this article to take it upon themselves to prevent this from happening to another child.

This story is part of the #BreakTheSilence campaign by Gaylaxy and How Revealing. If you identify as part of the queer community and you have experienced sexual abuse, harassment or bullying, you can share your experience here.
Let’s break the silence, inspire and help take the fight forward – together.