Gay parties, online dating apps, social media groups, WhatsApp chat groups, Facebook inboxes, or random encounters on the street. Wherever you are, the following gay guys have crossed your path, and continue to do so. Because they remain the undefeated, the undisputed and the ubiquitous mainstays of Lahore’s gay scene (although I’m certain very similar varieties can be seen in other cities too)

So here they are, the 10 types of Lahori gay guys.

Let’s get one thing straight. He is not.

Her Facebook display pic is Marilyn Monroe. Her cover photo is Madonna. She “likes” Amy Winehouse. She has learnt the art of arranging cutlery and crockery very well, surprisingly, despite the staple diet in Pakistan being naan roti and saalan. She is a designer, or pretends to be one. She stitches clothes for Islamabad’s aunties which some real designer then sells to them with his tag. She understands fashion very well (read: has memorized Vogue and GQ like madrassah boys memorize bait-ul-khulla janay ki duaa). She likes to talk about the rich and elite of Pakistan, and soon runs out of names as there are very few. All the wannabe khusris love her and she has an army of 2 loyal supporters and 5 supporting actors. She thinks she is very cool, therefore when she tries to be mean to a new entry khusri, all her followers join in on “lolling” her comments. She is always invited to your parties because even you think she is very important and deserves to be there. She overdresses, as always. Her last Facebook post was a check-in at Gloria Jeans. It came with a selfie from Candy Cam, and a million hashtags. She has recently learnt to put underscores in her hashtags so half of them had those.

She smokes Pine lights. Her ex was a pure-top. He had a dad-bod. And she just googled to check what dad-bod means.

He did BBA from a local university. He does a mindless business job at some mindless business company. His job title and job duties are as contrasting as Mahnoor Baloch and her age. He rides a Honda CD 70. His mom just called him to bring rotis. You found that funny but your heart melted a little. You imagined yourself calling him to bring rotis while you tend to the kids back at home. So before you imagine that, please understand that “tawaayef ki taqdeer me shohar nahi hotay”.

You think he is a family guy. His profile picture is him with one of his million baby nieces and nephews. His latest post was a sexist meme from 9GAG. He has straight friends. Lots of them. This validates his masculinity in your head and your anus swells with anticipation. He does a second job somewhere which is a little more mindless than his first. He is taking some evening classes for something from somewhere too. He says he likes to have fun. He is versatile. He occasionally talks about relationships. He calls you baby and sweetoo, and despite being extremely cheesy you still enjoy it. Your slutty best friend says she hooked up with him once but “damn girl she is such a liar that bloody cunt, he is so not like that”. He acts as if he’s interested in you. And every time you take a step forward, he takes ten back into oblivion. And then you realize damn girl, he actually is like that.

Verdict: Undateable. Because you deserve better than a clueless idiot

He is a doctor. Enough said, already.

Well in fact this does need some elaboration. Because he is a doctor, and he’s gay, pick up your checklists ladies and start ticking. He is weird. He has mood swings. He is proud. His jokes are not funny. His last Facebook post was some sick medical joke. He is very sexist. In case you don’t know what that means, Google it and never come back to my blog again.

And you say yes. Because after all, he’s damn good in bed. Dude sure learnt his anatomy well.

Verdict: Fine for a fuck. Carry a condom, because he won’t have one.

He has a fairly decent figure. Muscular, with the right amount of fat here and there. He photographs well. He has a good job. He has a good education. He knows English well, which ensures that he will never ask you “How’s you?” He last checked into the restaurant you have been planning to go to for a month now. You stalk him shamelessly. You poked him the previous night in a flurry of emotional insecurity and horniness combined. You even chat up the mutual gay friends you have with him. He pokes you back two days later, to which you squeal, beam with excitement, and your heart beat races. After engaging in a debate with yourself over whether to poke him immediately, slightly later or a few days later, you end up poking him right at that moment – because it’s the Grindr age and you have to fuck him the same night girl. You chat him up, exchange “digits” (please retire this word already it’s pathetic!), have a major innuendo driven chat with him on WhatsApp, swap a dozen pictures, some of them shirtless, some in swim-suits. He sounds very open minded, and liberal, and flexible. You even name your kids with him in your fantasy world. You text your girl best friend on how you think you’re in love. She replies saying that happens every other day.

You plan to meet him the coming day. And choose a laid back but uptown café, probably Mocca, so that you can talk and still look “posh”. You tell yourself what a perfect date. He bails out in the afternoon. You plan for the next day and decide on a good fast-food joint like Howdy’s thinking maybe the previous café freaked him out. He bails out 3 hours earlier. You plan for the weekend. Try to avoid texting him much, thinking you’re being too obvious and he’s being an ass. “Ma kon si kisi se kam hun!” comes to your mind, immediately followed by the thought of being alone forever. So you check his “last seen” on WhatsApp. You text to confirm whether he’s coming on the day of the date. He “sees” your message. You wait for the reply. It never comes. He apologizes the next day. You block him. Life moves on.

Verdict: Undateable. And go see a therapist if you’ve been through one.

This one wears cheenos. Or really skinny skinnies. Or shorts. He is crass. He is loud. He always comes to your parties. You always plan not to invite him. And you always do invite him, because you need someone to pick on and bully. He loudly shares his sex-ploits. He likes grabbing people’s cock in Metro (and people like getting their cocks grabbed in Metro so don’t blame the poor thing). He does a weird dance on “Badtamiz Dil”, interrupting your regular Lahori party dose of Naseebo Lal. He drinks all your booze. He smokes up all your hash. And then dances to “Maar Daala”. Everyone enjoys the gender fluidity. He goes to your bathroom and throws up, staining your toilet pretty bad. You are too uptight on your party to rebuke an LS khusri like him. You make a mental not to invite the skank again.

He is there at your next party, again. The cycle repeats.

Verdict: Undateable. Will stay single till 30 and then get married to a woman.

7. The Mother of Bottoms

He wants dick. 24/7. When you meet him to hang-out, he says hello and tells you that “ma ne uss Johar Town walay ko khaa liya”. To which you enquire who the Johar Town wala is, and he reminds of a hot guy you checked out in the age of dinosaurs somewhere. You hate him, and you hate his guts, and wish you got as much sex as him. And then realize he’s practically an open anus with a human attached to it, so why bother. He then flirts with the waiter serving you guys, and the beggar at the signal, and the traffic warden who pulls you over, and the random Lahori boys who are sitting in front of you somewhere, and the guys at Liberty, and the paan wala. You drop him off and get him a rickshaw, and he texts you 20 minutes later “Thankyou baji, maine rickshay wala b kha lia”. You decide for the sake of your sanity, good will and mental peace not to hang out with him ever again.

He knows everyone. He starts off by telling you about the breakup of two guys you’ve never even heard of ever. Then he tells you about what someone said about someone at some random gathering of the lowly peasant gay girls of Lahore. He goes on to inform you that there’s a new guy in town from some city. You know none of the people he’s talking about and with every information given, slide deeper into your insecurity of dying a lonely miserable death because you know no one.

Then finally you meet one of the many guys he gossiped about. And tell him you’ve heard a lot about him from your friend. You tell him the gossip queen’s name, to which he looks at you with a blank face and asks “Who is he?”

You sleep in peace that night.

9. The “looking for serious relationship”

You say hello. He says I love you. His Grindr profile is a teddy bear holding an “I love you” red heart. He is in love with half of Grindr. He is also on Manjam. His Grindr says that he is tired of “bitches” and “attitude people”. You wonder what makes him so desperate.

So on one of your desperate days you contact him thinking at least he is available. No one blames you, everything about him screams “available”. In fact he is so available he is the default go to guy for every guy in Lahore who needs to feel some romantic validation on one of those days. He immediately replies to your message. You ignore the horrible English, most of which you can’t even understand. You think how natural and organic of him; the pretenses of the gay world haven’t gotten to him yet. He lives with his parents. Reminder: it’s one of those desperate days. 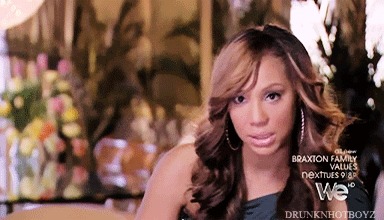 Then your actual crush texts you back. And you forget he even existed.

Verdict: No one knows. This is the mystery territory none of us has crossed.

He has been to Dubai. He says hello and sends you 4 pictures of his dick, 3 of his ass, a full frontal, and one unclear picture of his face with shades and some cheap as fuck filters on some beach in Dubai.

Verdict: He has been to Dubai.

End-note: this was meant for light hearted humor. If anyone’s offended, buckle up bitches, because I’m not gonna simma down!

The post originally appeared at http://thehappyandgaydiary.tumblr.com/– a blog dedicated to the Pakistan LGBT lifestyle and activism.