Ishq Ki Ijaazat – A Film Poem that has touched many hearts

Remember the famous coffee-bite ad which thrived on the ‘coffee-toffee’ conflict? I went through a similar confusion on watching a recent viral video on YouTube, trying to figure out if it was a film or a poem, until I happened to hear from the twin brothers who made the video.

I’m referring to ‘Ishq Ki Ijaazat’, the video that we all loved immensely and shared numerous times recommending it strongly to all our friends. This video beautifully communicates the simple message that every individual should have the right to love. Featuring same-sex couples of various socio economic groups and ages, this video questions archaic laws and poignantly provokes the viewer’s thoughts. Visuals that evoke warmth and affection are juxtaposed by the recitation of a poem that raises questions asking the laws to be abolished.

So, is this video a film? Or is it a poem? It’s a ‘Film Poem’. In their own words, Storytelling Twins, the makers of the video explain about the idea of a Film Poem: “We wanted to create something for the internet consumer, something that would not be more than five minutes in run-time, and that would reflect our voice as creators. So we came up with the concept of a ‘Film Poem’- kind of a music video but having a poem instead of a song in the background.”

Satyanshu and Devanshu, also known as Storytelling Twins, had become popular after they wrote poems for the Bollywood film ‘Udaan’. They directed a short film named ‘Tamaash’ which won several awards and accolades across the world. Merging their reputation as poets from Udaan and directors of Tamaash, they came up with the idea of film poems. Their innovative idea has become an instant hit on YouTube, garnering almost 27,000 views in just three weeks. 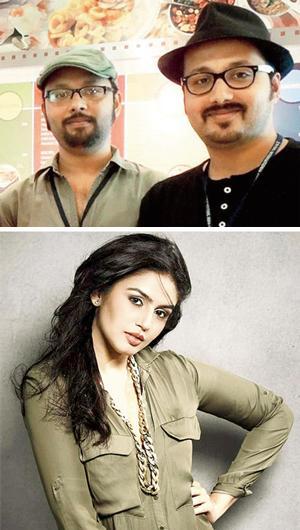 The video also features the voice of a popular celebrity, Huma Qureshi, the actress who starred along with Madhuri Dixit in Dedh Ishqiya. “I heard the lyrics and I knew that there is a beautiful thought behind the lines. They talk about freedom of choice and how everybody should be allowed to love. Lending my voice for the poem is my way to show my support for the cause. I think everybody should have the freedom to make their own choices, be it their choice of profession or who to marry,” says Huma about the video.

What is it about the video that makes it stand out and an instant hit among the masses as well as the LGBT community? It’s innovative format for sure, but also the fact that people from the community have been portrayed as they are, in their natural day to day lives, unlike the caricatured characters which Bollywood films have shown earlier. “We wanted to present them as normal people and people whom you would embrace if only you were not limited by your prejudice about their sexual preference. We were clear that this video is not an angry rebellion, but it is a firm but reasonable statement – trying to rid the society of its irrational homophobia with the use of words, music and images that please you. We are very pleased by the reaction the video is generating.”

“Thanks to the presence of Huma Qureshi, the story has been picked by media in a big way. We have not only received messages of genuine gratitude from homosexuals, but we have also had some of our homophobic friends confess to us that the video has forced them to reconsider their perception of the LGBT community,” the film-maker twins say.

Looking forward to more film poems in the coming months, we congratulate Satyanshu and Devanshu whole heartedly for their effort. Thumbs up to Ishq Ki Ijaazat.