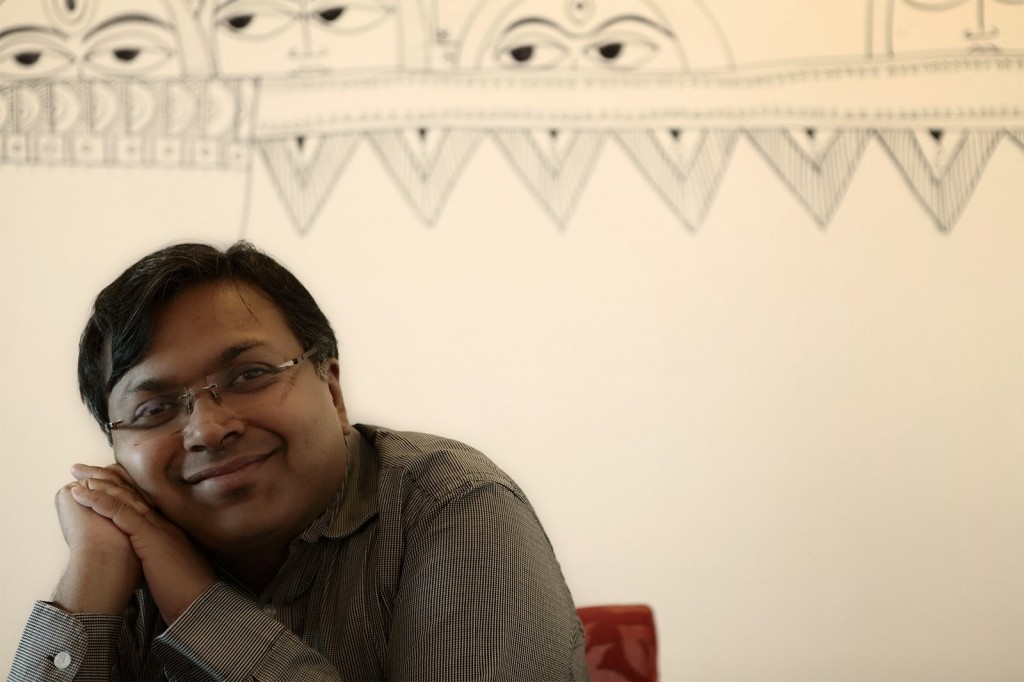 Author and mythologist Devdutt Pattanaik, whose new book, ‘Shikhandi: And Other Tales They Don’t Tell You’ has just released, says that ancient Indian notions of sexuality and sexual identity are very fluid and transcend gender boundaries. ‘Shikhandi’ deals with tales covering queer themes in Hindu mythology – tales that do not generally form part of mainstream discourse or are dealt with cursorily in various treatments of the epics.

The book highlights the fact that queerness was not an alien concept to ancient Indian storytellers, who dealt with the topic sensitively and as an accepted part of the way of life. With current right wing thought in India decrying homosexuality, Devdutt feels that a major part of this is due to ignorance. He says, “We give too much value to men who claim to be celibate and wear saffron robes and sport beards…it is time for us to grow up. Our essential understanding of Hinduism is weak primarily because for the past 200 years we have tried to see Hinduism through the Western framework with a rather defensive and apologetic attitude. This is understandable as we were ruled by the British for nearly 200 years and they had a condescending attitude towards the religion of their subjects that made little or no sense to them. Also, we do not realize how vast our country is and how many data sources we have. Sanskrit, for example, is a tiny fragment of our textual heritage yet it is given great importance despite being restricted to the Brahmin community. Knowledge widens with time and that impacts attitude.” Devdutt adds that even the Left wing in India has not been very kind to queer themes. “Our secular and socialist leaning founding fathers of the Indian Nation State did not bother with queer thought as it was conveniently rendered invisible. Queers were an inconvenient minority,” he says.

Devdutt contends that most queer themes in Hindu mythology deal with gender variance, with biology and costumes being interchanged. Queerness seeks to question what constitutes male and female, and same-sex love largely speaks of the minds of the people involved. The thought of shifting, fluid and porous boundaries is what is communicated through the tales, rather than the physicality of the characters. 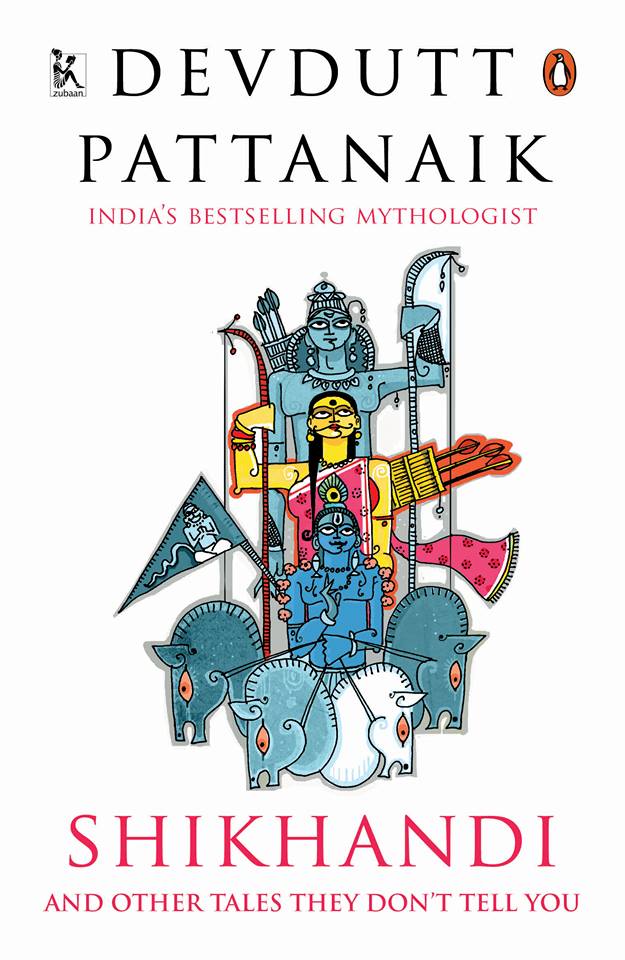 Devdutt refuses to ascribe any ‘original’ text as the source for his work. He says, “The concept of ‘original’ is a Western academic framework. We suffer from colonial hangover when we yearn for ‘pure’ texts and stories. The same idea (let’s call it a Vedic idea) manifests in different ways across history and geography and communities. The Right-wing refuses to see these variants. The Left-wing assumes that these variants have no common underlying theme and are in conflict with each other by harping on ‘non-Brahmanical subversive traditions’. Both suffer from a colonial hangover, unable to see the fluidity of thoughts and traditions and the complexities of diversity.”

He believes that Indian mythology cannot be taken to be prescriptive in nature. “Communication of moral behaviour is the job of parables like Hitopadesha and Panchatantra. Mythological tales establish frameworks of thought – Biblical mythology establishes a one Life and God-prophet-rule framework, while Hindu mythology establishes rebirth and avatar framework. Morality and ethics function within this framework. To use mythology as prescriptions is to miss the point. They are neither instructive nor directive. They simply provoke the mind to see the world different and expand our horizons. The rest is up to individual choices. We want to turn mythology into propaganda – and in doing so we turn into control-freaks and do great disservice to the next generation.”

In the same vein, he adds that the fluidity of thoughts in Hindu tradition make it difficult to classify any one as progressive or regressive. He says, “I notice many academic approaches to Indology. One is the ‘everything is awesome and wonderful in India’, favoured by the Right and early Orientalists of the 18th century. The other is ‘everything is horrible and terrible in India’, favoured by later Orientalists of the 19th century, and then the Left-wing scholars. The latter gets much academic funding from European and American universities which assume the framework of ‘justice and fairness’ is a timeless and universal one, not a post-World War one. In the 19th century, the favourite framework was the ‘racial superiority’ one. Words like ‘contradictory’ and ‘progressive’ and ‘regressive’ are all based on a ‘linear framework’ that forms the foundation of Greek and Biblical mythologies, not Hindu mythology. Indian thought is very very fluid. It is fixed functionally to suit the needs of history (kala), geography (sthana) and community (patra). The axis of Western thought is morality and ethics: right or wrong, good or bad. It comes from a one-life one-truth framework. The axis of Indic thought is fear: are we indulging fear, amplifying fear, or outgrowing fear. Fear causes the mind to shift away fromatmatowardsaham. This axis comes from the many lives, many truths framework.”

“The fluidity and contextual nature of Indian thought can thus be quite exasperating to the uninitiated who want to neatly fix the fluid in a box. We want heroes and victims and villains and martyrs for our stories and academic research papers. Life, unfortunately, produces none,” he tells.