Why Haider should have been titled Ghazala

What is most interesting to me about Haider is the unexpected ending; Ghazala’s moment of epiphany that closes the film. The dismantled and dismembered dead bodies with blood spilled all around paints a panoramic picture of a vast expanse of white snow dotted with red colours, red blood over milky white snow. Haider’s uncle Khurram cries in agony pleading Haider to shoot as he lay helpless in blood, his lower legs gone in the blast. Haider doesn’t kill him but he slowly walks away into oblivion, crying in madness after losing his mother without even able to find a piece of her flesh after the blast. This is how Haider ends evoking the bloody end of Hamlet but the heroic figures quite altered.

Unlike Hamlet, Haider doesn’t avenge his father’s death by killing his uncle. Unlike Gertrude, Ghazala doesn’t die accidentally, she chooses her death after she comes to know the truth. The death she chooses momentarily escalates her to become the most heroic character in the film evidently challenging Haider’s hold of centre-stage. Ghazala, in myriad ways, seem to be at the centre of the film ironically as a scapegoat rather than an individual with certain agencies. But how she is placed at the centre is more abstruse than obvious.

Khurram wooes and chooses Ghazala (his bhabhi ji) as his object of love and interest, Ghazala doesn’t choose him. Hilal Meer, the idealistic doctor doesn’t pay heed to Ghazala’s warning when he brings home the wounded militant for surgery, not knowing that their lives will be changed forever. Haider accuses his mother of adultery and even holds her responsible for the death of his father. But Ghazala slowly emerges as the mirror for all these characters to reveal what they are and their human limitations. Khurram can do everything, even kill his own brother for love but Ghazala reflects his inability to endure sufferings and sacrifice for their loved ones. Hilal upholds the dogma of righteousness without realising that it can instil fear in his own wife. Haider is tormented by his urge to avenge but he is blind to the torments that he causes in others especially his own mother. And what is Ghazala? She suffers because of all their imperfections and the outside forces which together conspire and decide her tragic fate. She is the embodiment of victimhood, a silent one unlike the rancorous and fearless victim like Haider in a deeply affected and bloodied Kashmir. If Haider Meer is Kashmir for Vishal Bharadwaj, as he said in an interview, then Ghazala is also Kashmir to me, just a different facade. 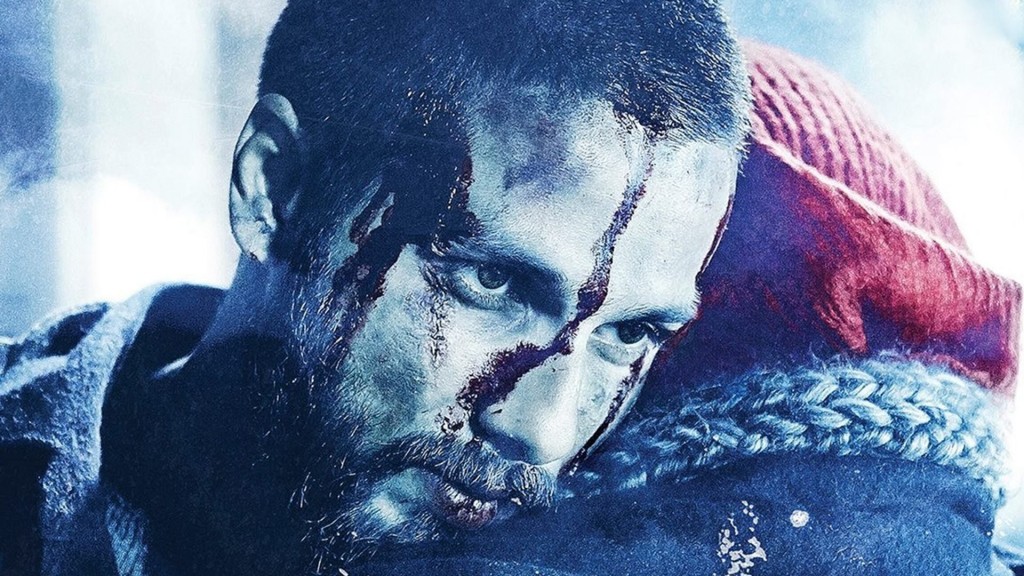 The only other woman almost significant (being a journalist she has access to important military information and can get through high-end contacts) is driven to insignificance abruptly at the end by an agreeable suicide. Arshi fights the men at home to support Haider. But when Haider kills one of them, she will not confront him but takes her own life. It appears she never exists beyond merely play-acting and performing the assigned roles towards her male associates. Perhaps her individuality is defined only at death, a posthumous individuality which holds no significance. And so is Ghazala. She always lacks a choice; she never chooses anything at all. The only time when she consciously makes a choice is her own death, a death that puts an end to a story that is started because of her but not by her. Her act of suicide is heroic but it is doubtful if that elevates her to the centre-stage to all kinds of viewers. It will be extremely misleading if it is plainly interpreted as the love of a mother for her son. Instead the entire film can be relooked from that point to perhaps interpret in case if there is a symbolic message there. A woman who has never been given a choice and now when the truth is finally in front of her she still doesn’t seem to have a significant choice but to take the last resort of killing herself to absolve everyone’s faults because as a woman she doesn’t even have the resources and agency to fight, like Haider.

After an intense two hours and forty minutes session with occasional mild heart-attacks I come out with few things in mind. If Ghazala is at the centre of the story, the root of all problems, then why is the truth not recognised explicitly rather than being constantly accused by her own son? Why is she not given a fair chance to present her view-point on all these? Why is she never even allowed to express her nature of affection towards Khurram? Does she even love him? Why is there no explanation of her existence in her own voice and language? Why are women always without any choice but their own deaths? These questions need to be addressed and answered both in life and art. I wonder if this film should have been titled Ghazala or Kashmir to give justice to the story. But Vishal saab has his own rule about adapting the titles!