The Coming Out Conundrum – A Conflict Of Duties 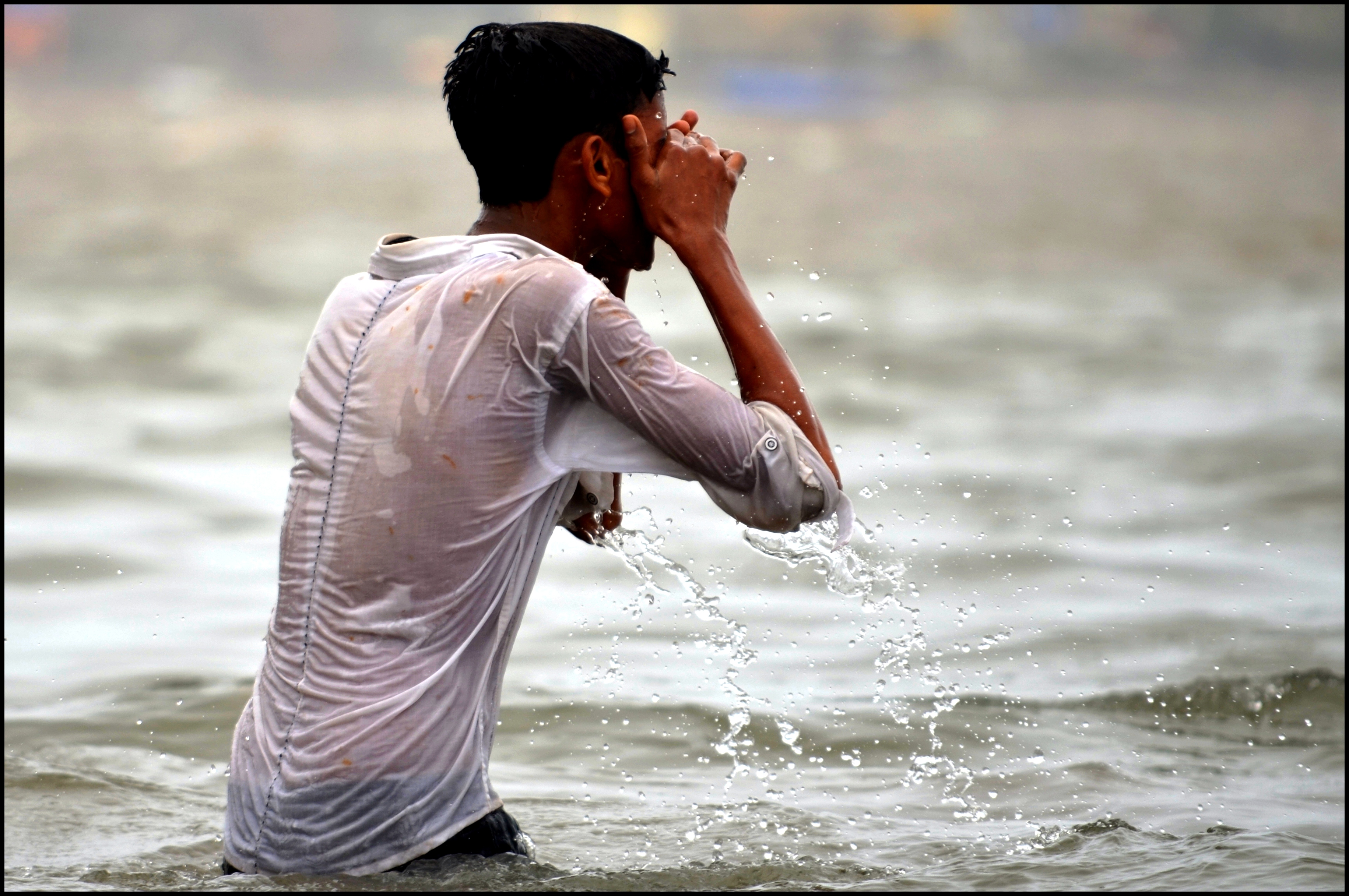 Coming Out – A Conflict of Duties. Image: Brijesh Sukumaran.

Why does a closeted person go through so much mental turmoil on the matter of coming out? Interesting insights could be found in W.D. Ross’ Intuitionism and his description of the conflict of prima facie duties of human beings in his book on ethics called ‘The Right And The Good’. The Indian male homosexual, is often caught between two conflicting sets of duties: one set pushes him towards coming out, the other pulls him back into the closet. On the occasion of National Coming Out Day 2014, let us look at these more closely:

The ‘centrifugal’ set of 3 duties, that propel him towards coming out are:

1) The duty of self-improvement: It encourages him to be open, honest and courageous. It propels him towards having the sense of autonomy to decide that this honesty in coming out would best enable him to maximise his potential as a human being and better the lives of those who love him.

2) The duty of justice: A.k.a. ‘what’s right is right’. It encourages him to accord to himself the same rights as his heterosexual siblings and peers. It is the impatient sigh with which he reacts when asked questions about when he is getting married, the fake, fixed smile betraying glazed eyes when straight guy friends discuss an attractive girl and expect him to participate. It is the knowledge that his sexuality is not anyone’s fault or something of his choosing, but innate and natural and normal for him.

3) The duty of non-maleficience: This propels him to avoid harming other people. “Why should I marry an unsuspecting heterosexual girl and ruin her life?” He knows that he would be incapable of giving her the love she deserves, from a heterosexual man. He would also know about a few cases of closeted gay men getting married and then having messy divorces that have caused severe emotional stress to all concerned.

In direct opposition to these three duties, are arrayed a set of 3 ‘centripetal’ duties pitted against the idea of coming out, that push him into the closet. These ideas make him gravitate towards a don’t-ask-don’t-tell-type shadowy existence. To turn into the un-named, asexual, relationship-dysfunctional uncle in the family that everyone acknowledges but no one talks about, except in hushed whispers; or worse, the misguided misogynistic moralizing that some gay men practise in emotionally blackmailing impressionable young gay men into following their duplicity, getting married to an unsuspecting woman and having a secret, sexual, sexualized life with anonymous men on the side. These duties are:

1) The duty of promise-keeping: For example, to act according to explicit and implicit promises, including the implicit promise made to one’s parents, community or religion, as a son, to produce offspring within the sanctified ambit of heterosexual marriage and continue the family lineage.

2) The duty of gratitude: To give parents grandchildren that would give them joy in their old age and let them die in peace.

3) A duty of beneficence: To help other people. Somewhere, the internalized homophobia of gay men makes them want to overcompensate for their ‘manufacturing defect’. In business families, it may manifest itself in a marital alliance with a girl from another business family, thus compensating for the shame of homosexuality in another domain by the accrual of material wealth and advantage.

Thus these opposing forces make the guy swing from readiness to hesitation in coming out, like a pendulum, in a very short time. One day he will be discussing what to wear at an upcoming Pride March and which slogans to write on posters – the next day he will be sitting passively in the living room of a girl sipping tea as the parents obliquely scope out the potential for a matrimonial alliance. As these forces become stronger, the oscillations get wilder, and the guy’s life turns near-schizophrenic.

However the pro-coming-out duties also present several inherent obstacles for many. They are often evoked by, or dependent upon access to gay role models, a state of comfort with self, the presence of an LGBT community who can relax and be themselves in a safe socio-cultural space, and exposure to resources that help coming out. In the matter of mental conditioning however, the anti-coming-out duties however have on average a decade and a half long lead on the pro-gay ones, simply because the former exist since the birth, while the latter are a result of an acculturated ‘renaissance’ as it were, predicated on some degree of self-realization.

This mental conditioning is also strengthened by nearly every Indian television serial that relies upon the duties of promise-keeping and gratitude for storylines, to harvest buy-in and TRPs from their audiences. From a very young age, this frame of reference is one in which a typical young Indian person dwells, straight or gay. Thus coming out is made doubly traumatic. It also has the painful connotations of moving away from one’s roots or culture. There is the guilt brought on by a feeling that one is kowtowing to what are labelled as ‘western’ demands. It becomes a zero-sum game. The gay person falls into a common fallacy-trap and thinks: If I increase my independence by ‘X’ notches, I have to lose my cultural moorings by ‘X’ notches. Nobody seems to genuinely believe they can have it all, and very few are willing to risk it and try and find out. 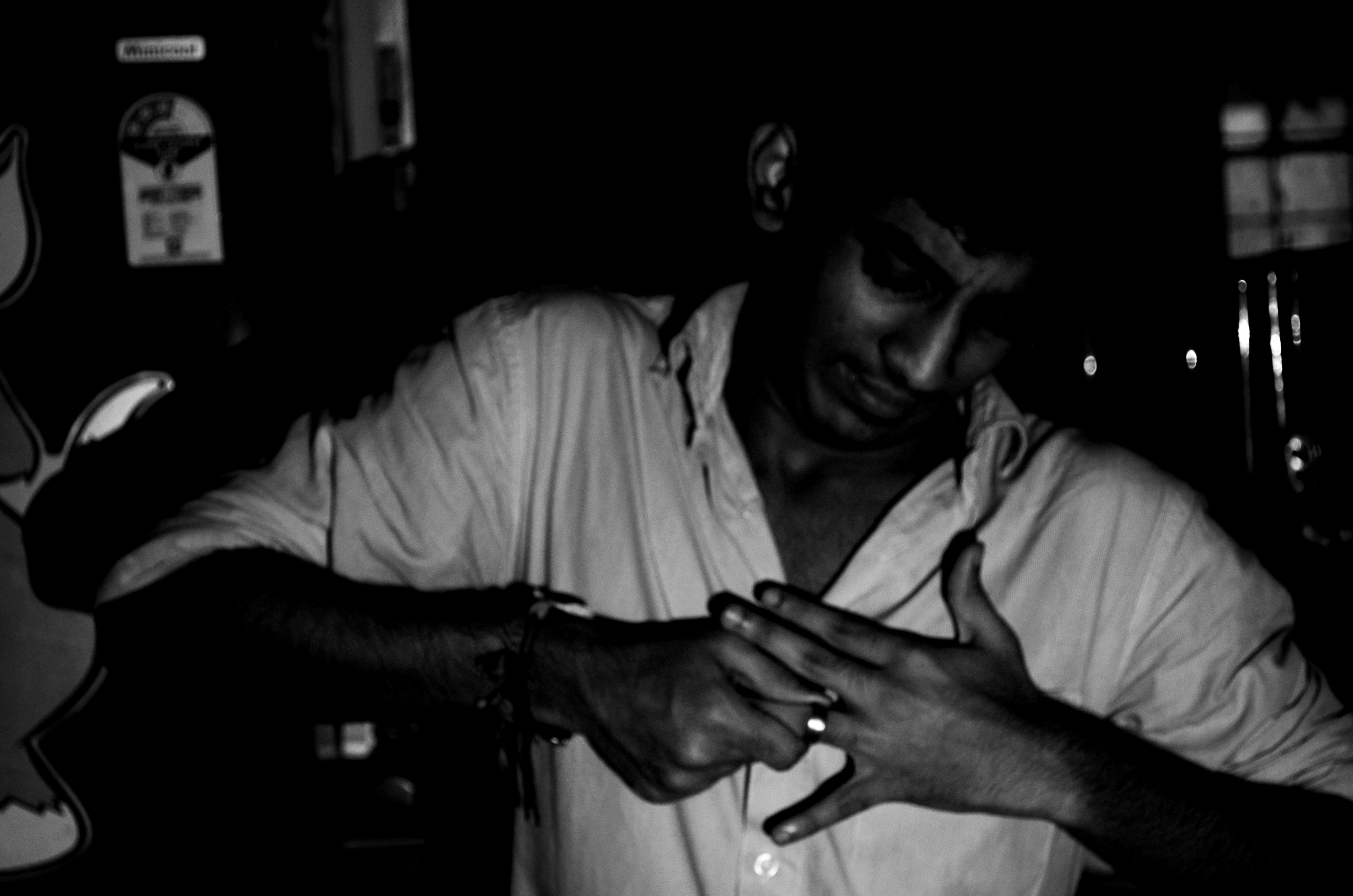 There are three more complications. Firstly, even for one person, these set of duties do not have a fixed hierarchy. Instead, we meander through various priorities which change which duties are important for us. Secondly, it is not an Individual vs. Collective or East vs. West argument. This oversimplification is not possible because both the pro and anti-coming-out duties have as their goal the good of all, the good of self and the good of our relationships with others in interactions. Thirdly, duties on both sides seem intuitive. Neither is obviously superior. Let’s take the first duty in the list on both sides: self-improvement vs. promise-keeping. If leading an honest, non-duplicitous life is intuitive, isn’t NOT breaking your parents’ hearts intuitive as well? Both duties seem to embody a core value: in this case, integrity. So how do you practice integrity? By coming out and revealing your sexual orientation, or by adhering to your prescribed role and getting heterosexually married?

In a culture where marriage has the finality of birth or death, saying no to marriage seems like an affront to the very raison d’être of our existence in ways we cannot not fathom. At once an uprooting, a disparagement of the deeply-held beliefs that make us civilised, cultured, human, moral. A capitulation to hedonistic, alien influences. Even if I do decide to take the plunge and come out: Where, pray is the road-map to what my new life will be like? Will it offer the same dignity as my present life does?

Caught in this cross-fire of conflicting duties, the conundrum of coming out: when, how, whether to come out at all – seems unsolvable. The conflict has a role in a number of ills that plague the gay community, like blackmail. Political gay activists in India wring their hands in despair over why so few gay hate crimes are reported by victims, why no one is willing to come forward and file a police complaint, why educated, articulate, empowered people who would drive a hard bargain and extract maximum mileage out of everything elsewhere, just curl up and die when their soft gay underbelly is kicked. 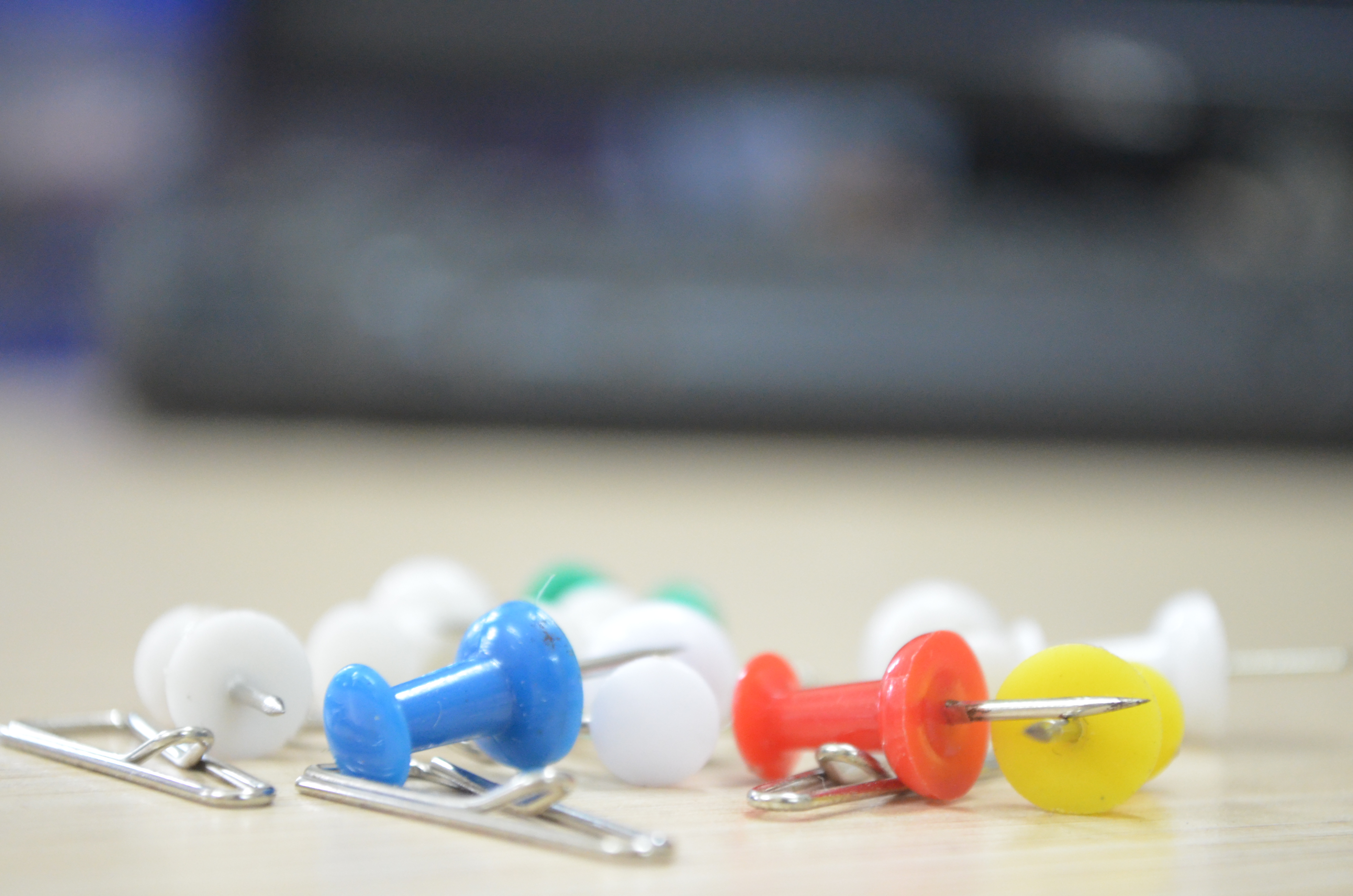 This is a true story: A gay friend of mine, married to a woman, was walking on the street at night. A handsome guy made eye contact, and they went off to a lonely area. He brandished a knife and stabbed my friend in the forearm, and takes his cash from his wallet. He then walked him to the nearest ATM. Nearly passing out from the shock and loss of blood now, my friend keyed in his pin, withdrew the maximum permissible limit and gave it to his attacker. Who left. My friend, now standing on the street had to make a choice. He could have gone to the nearest hospital, gotten the wound treated; gone to the nearest police station and registered an FIR; or gone home, taken care of the would himself, made up a fake robbery attack story for my family, and forgotten about the matter. He faced a classic case of the conflict of duties.

On the one hand, reporting the blackmailer to the police and the wider gay community would fulfil his prima facie duty of justice. However, going home back to his wife, parents and kids, and saving them the guilt and shame of his outing would fulfil the prima facie duty of non-maleficience and promise-keeping. Which action will he justify himself in performing? Will the duty of justice take precedence over the duty of promise-keeping?

You may argue for duty of justice: that he could tell the police the truth, and even in the event of an investigation, later explain to his family why he took this bold step. He could say that he wanted to be truthful to them because he loved them, he didn’t want to keep secrets etc. Maybe they would understand and forgive him. Maybe his wife would accept a gay husband.

However think of it from my friend’s point of view, and his cultural conditioning and social context. His sense of self is not individualistic but collective. His parents don’t just mean the world to him: they are his world. Hence even though he may seek justice for himself, he would perceive the resulting social stigma and shaming as injustice to his family (who have done no wrong). Even assuming justice wins over promise-keeping, there is a lamentable perception that fighting for gay rights is the job of activism-wallahs – those who are strident, shrill, visible, run LGBT groups, or are involved in the decriminalization struggle. It is they who would fight for my rights, thinks my friend. At some point in the future I would become the recipient or beneficiary of the ensuing judicial and social positive change. Its the equivalent of our penchant to keep every tile inside the house squeaking, spotlessly clean, while throwing the dirt out of our window onto the street below – someone else would clean up that mess.

My friend’s conflict over his duties makes him unable to connect the dots between how reporting this crime now or today, could positively affect the gay movement, and how he can potentially change this moment for himself from helplessness to empowerment. He goes to the extent of rationalizing that someone else would be a victim of the same guy, would have the courage to raise his voice, and he would take solace in that. The choice is made. He staggered onto the main road, hid the gushing blood, flagged a cab, and went home.

It is only when Indian gays see coming out as fulfilling the duties of promise-keeping, gratitude and beneficence that the floodgates will open and million of Indian LGBTs (who make up 17.5% of the world’s LGBT population – every 6th queer person in the world is Indian) would come out. Thus what is the implicit promise we make to our parents when we are born? Yes we promise to do the ‘right thing’ when we grow up, but what is ‘right’? Does majority approval in our culture make something right? Secondly, are being gay and having children/family/lineage mutually exclusive? Or is that an outdates idea that needs re-examining? Could we really have it all? And if we indeed could, do we dare to allow ourselves the luxury to dream of doing so?