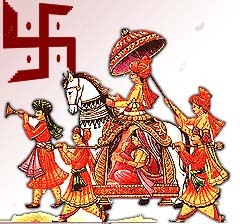 Sukhdeep Singh takes on the opponents of marriage equality, who have been calling for the preservation of traditional marriage

The world seems to be on a roll at legalizing same-sex marriages, or “gay marriage” if that is what you would like to call it. French Government is about to legalise it, earlier this month Uruguay and New Zealand too legalized it, taking the count to 13. But anti-gay sentiments have also been running high, with widespread protests being organized in France, leading to even violence.

The opponents of course are up in arms to save the “traditional” marriage that is so much under threat from “gay” marriage. You see, marriage, traditionally, has been a tool of oppression, an institution through which sadistic people have derived great joy in forbidding others the right to decide who they can spend their life with. Marriage was designed to control and subdue women, to give men control over the bodies of women and restrict them to the boundaries of four walls, to imprint upon the minds of women that their sole purpose is to tend to the needs of a man, whether sexual or otherwise. That is the reason many countries still don’t have laws against marital rape, and Indian Government, despite strong recommendations by the Justice Verma Committee, chose to totally ignore the matter and remain silent, and so has the media in the country which remained more concerned about the age of consensual sex being kept at 16 instead of 18 in the proposed anti-rape bill, rather than talk about the sexual violence that many “traditionally” married women face in the country.

Traditional marriage is also about producing heirs and propagating the gene pool (by a male child of course!) It doesn’t matter if the traditional family has 5-7 children (again, for the want of a male child or for other cultural/religious reasons) and cannot feed them properly or fend for them properly. The purpose of marriage must be fulfilled.

Now when you talk about same-sex marriage or “marriage equality”, what you are essentially doing is robbing the institution of marriage of all these things. After all, in a gay marriage, if two men are going to marry each other, who will be oppressed then? Or in case of lesbians marrying, who the “oppressor” will be then? And would it then mean that men (or women) of different castes/religions/regions could also marry? And if everyone could marry, then what happens to all the restrictions of who one cannot marry?

These are of course grave concerns that the traditionalists and conservatives have about preserving the “traditional” marriage. How could they give away such an important tool of oppression and let you re-define it and strip them of the sadistic joys that they derive from it.