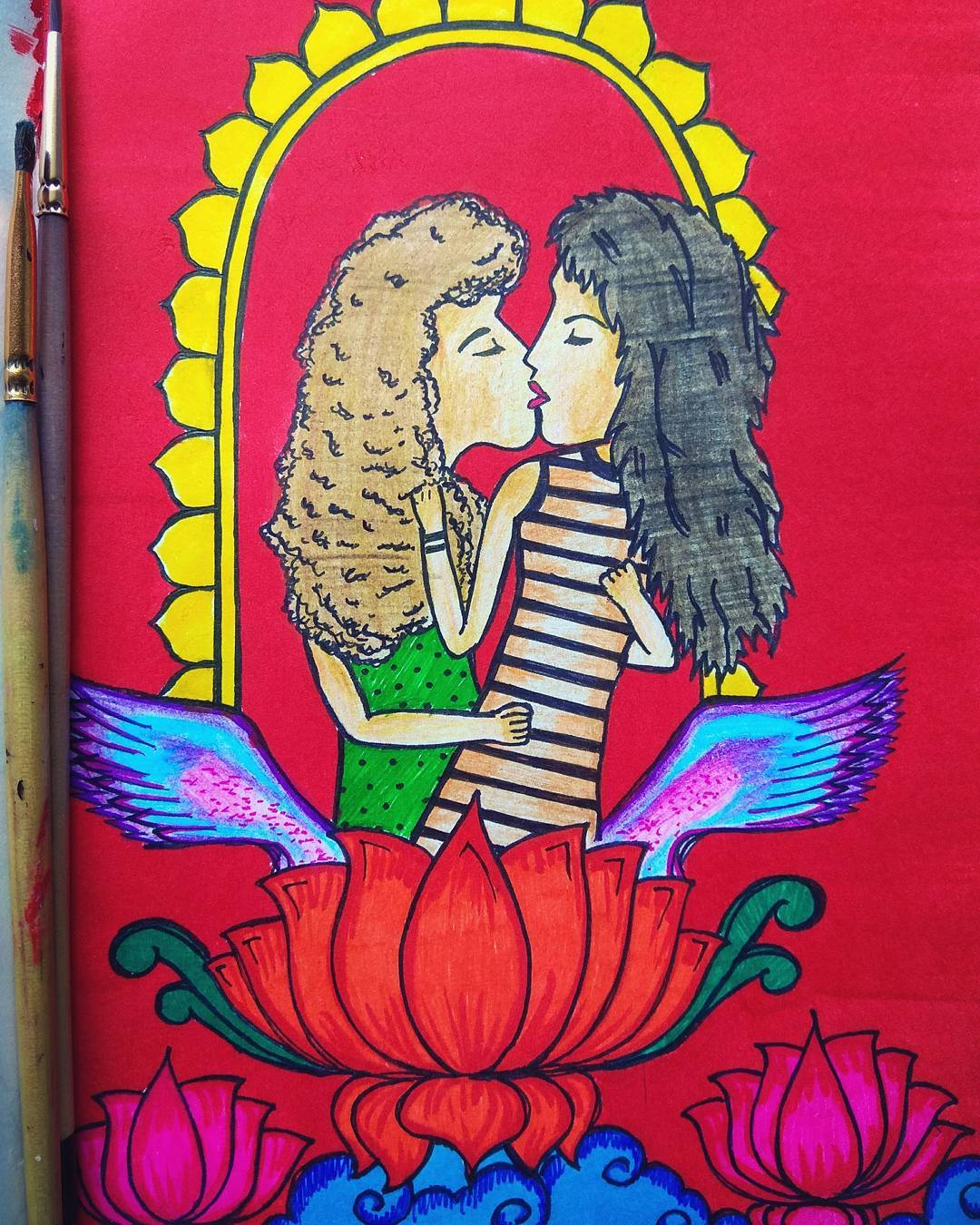 Shristi Verma wanted an escape from the “straight life” that she was living. Having accepted herself as queer, she wanted a place where she could express herself and show her emotions. That’s when the young woman, who works as a content writer, started an instagram page by the name of Shayxme.
The very first post of the page has a drawing inspired by the Katy Perry song, “I kissed a Girl”. 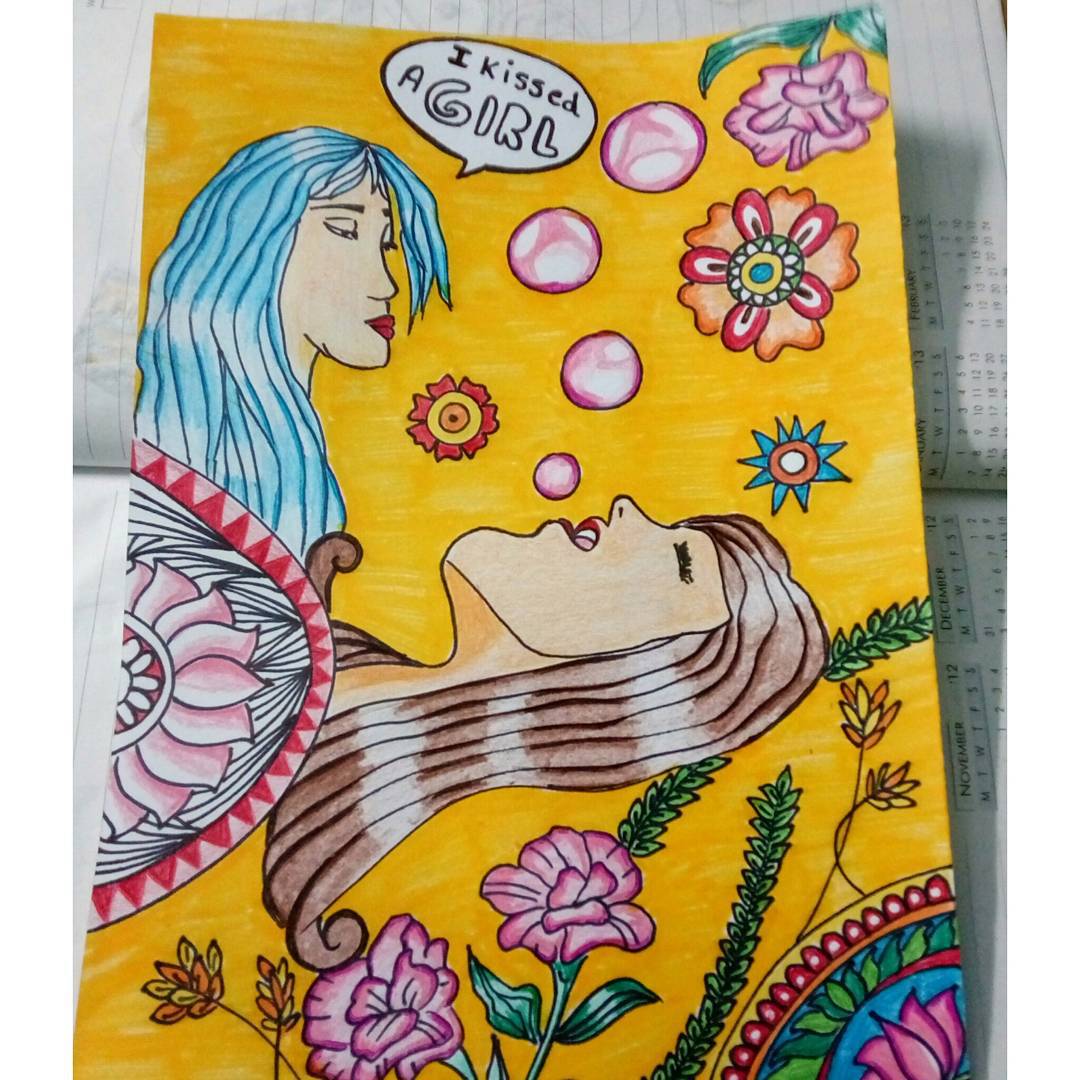 The account mostly features illustrations or drawings showing two women kissing each other. The women are dressed in different forms, some have a traditional Indian look, with a bindi, nath and other ornaments, others have a more modern look, with cap and short hairs. 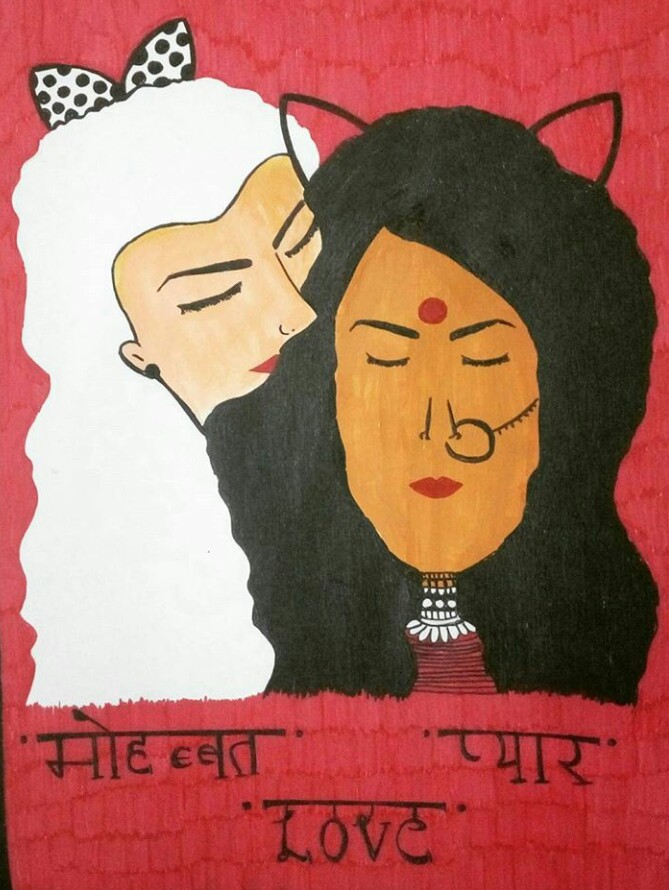 Other drawings, which feature single women, have them being unapologetically queer, and expressing their desires for other women. 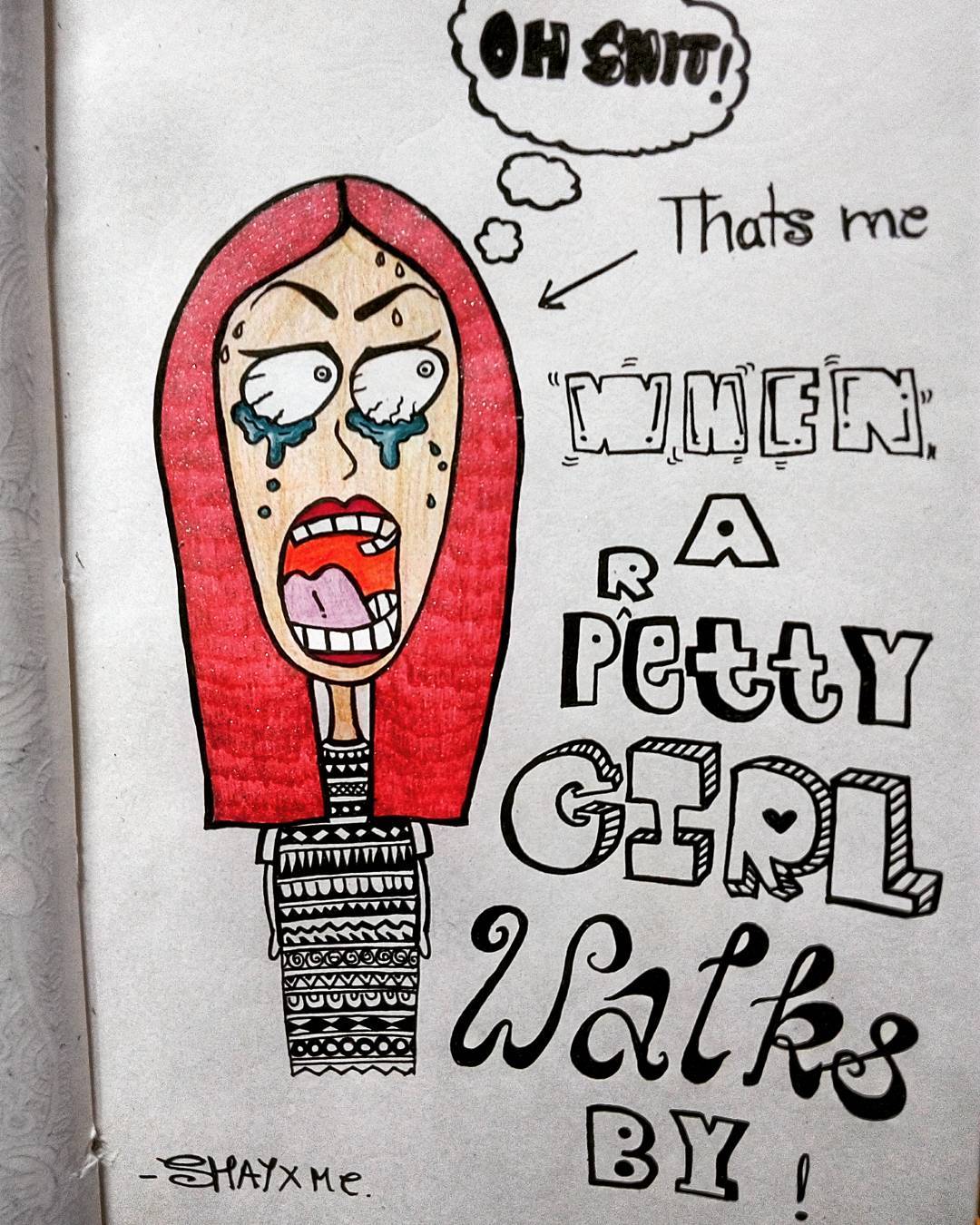 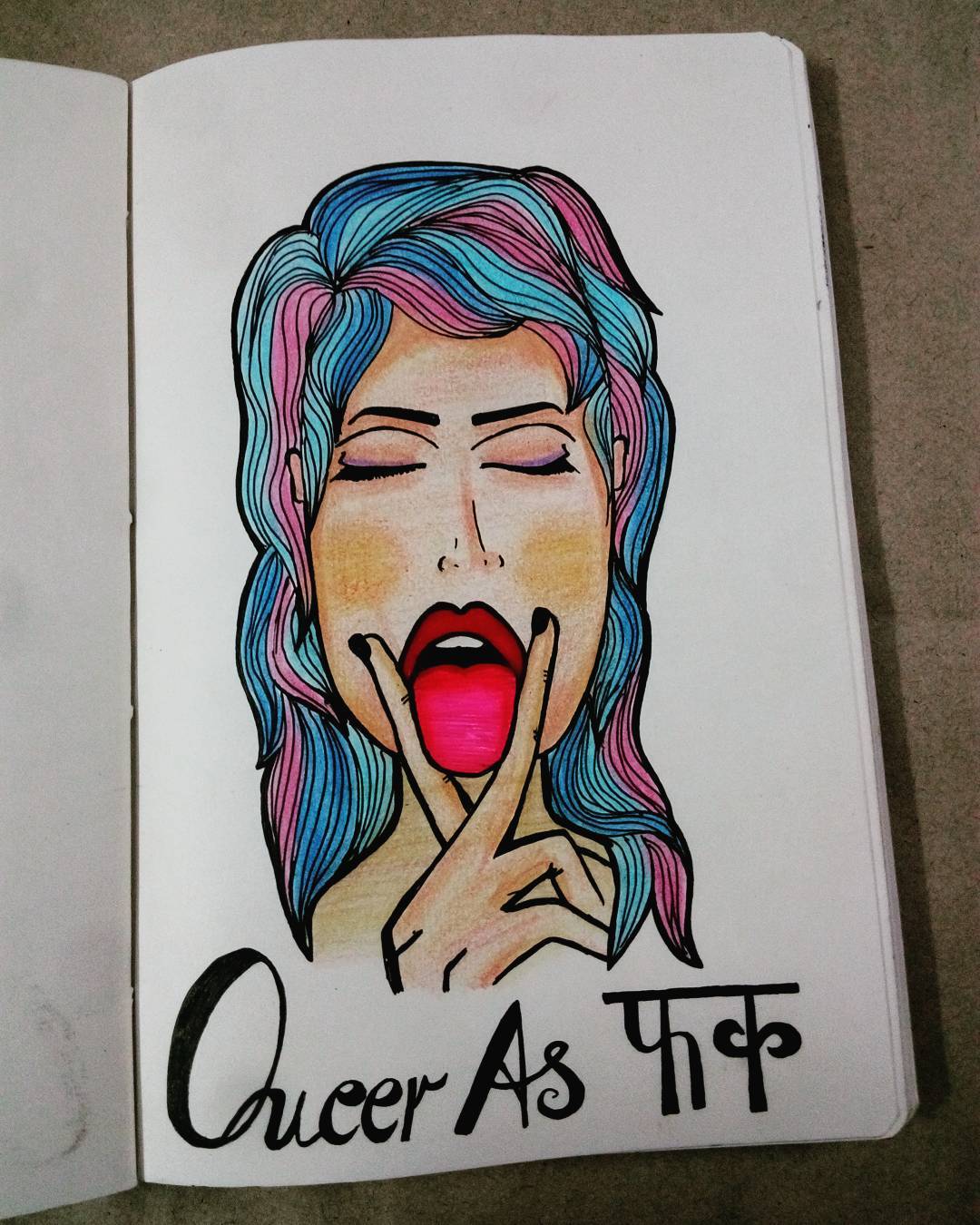 Talking about her illustrations, Verma says, “This page depicts Queer love between two women. It’s focused on lesbians and bisexual women at the present time. It is all about showing that love is love, no matter  what. Love is beautiful, irrespective of gender and sexuality.” 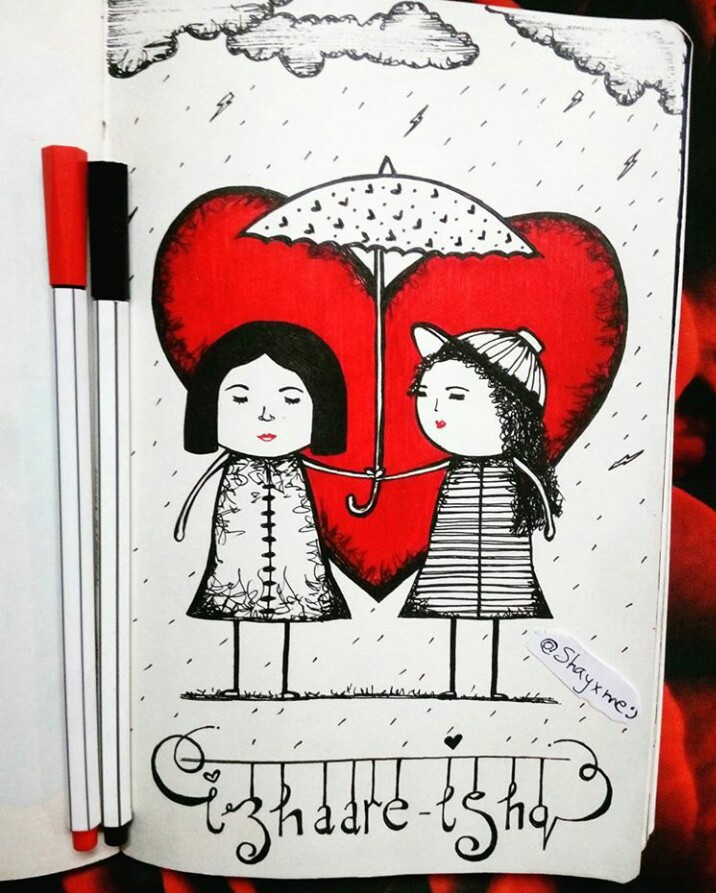 Verma, a student of Journalism and Mass Communication, plans to do a Masters in Graphic Design and move into arts full time. You can follow more of her work at her instagram page @shayxme