My Experience Of Living As A Bisexual Woman In India 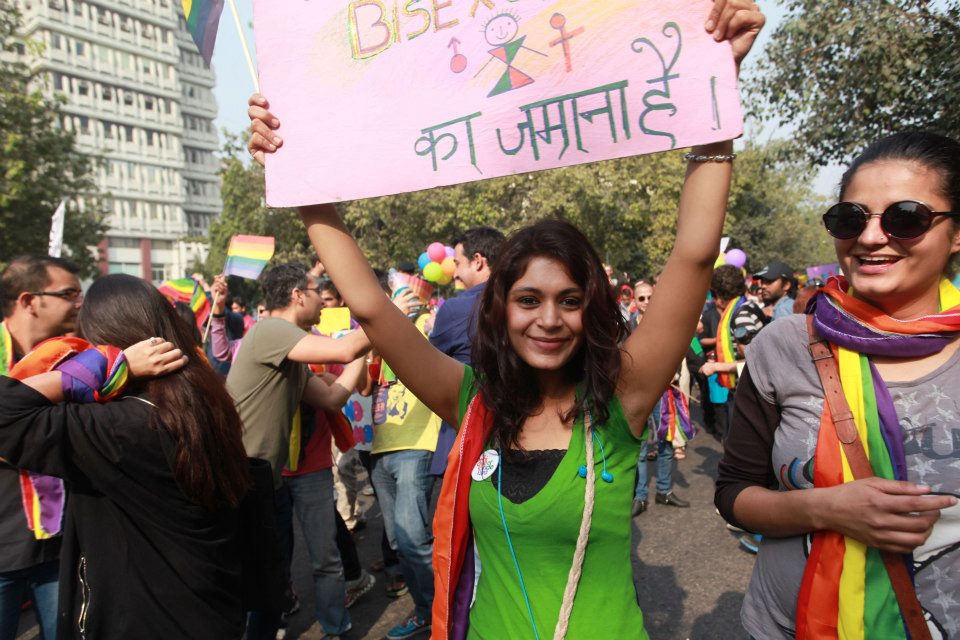 When you don’t fall under the ‘normal’ heteronormative mould set up in front of you, you see the world differently, mostly as an ‘outsider’ or ‘misfit.’ It took a lot of time for me to come to terms with my bisexuality, mostly because of the taboo around it. But even after that, it hasn’t been easy for me, because of how people take it; including some of my friends as well. I don’t really blame them though, this is how we get to know about bi-erasure. This is how I know that a major part of my identity is a non-existence for many, many people even today.

It has not been uncommon for people to brand my sexual orientation as a ‘phase,’ and absurd questions like “Do you like girls more than guys?”are more frequent than I would like them to be.

A lot of my encounters with my ‘not-so-normal’ sexuality came to me disguised in seemingly usual, everyday occurrences, when I couldn’t help but reflect on something I had been long avoiding. One such instance was when I was coming back in an auto with a friend, after watching a movie. We were stuck in traffic (of course!) and were busy discussing the movie. Just then, a kid selling roses came near our auto, mistakenly assumed that I was a guy and decided to persuade me to buy roses for my lady friend. Mistaking me for a boy isn’t an uncommon occurrence, on account of my short hair and oversized t-shirts and my reaction to being called ‘Bhaiyya/Sir’, on multiple occasions, was initially that of mortification, later anger and eventually, resignation. But that frustration is a talk for some other day.

However, to my surprise, that was the first time I felt glad. This was because I had been hopelessly in love with the woman sitting next to me. The fact that the kid assumed that she was my date (inspite of his assumption being riddled with all kinds of inaccuracies), enabled me to enjoy a momentary serious consideration for my feelings for her; a consideration that I had been deprived of, from my friends, family and even, my own self. When this incident took place, I was aware that I liked her a lot, but still couldn’t come to terms with the fact that I was not straight. Soon, however, I decided to embrace the obvious, as being in denial did me no good. Doing that has been a liberating experience for me and has been given me confidence in times when I needed it the most.

Soon after I came around my bisexuality, I started seeing myself as a part of the larger LGBTQIA+ community in India. The bonds and allies formed here are valuable, in a world which is otherwise hostile towards ‘stray’ elements like me.

I have also had friends who have tried their best to sympathise (even though sympathy is not really what is needed), but who often fail to hide their incredulity. They constantly wonder how a person can be so certain that the feelings they might have for another person of the same-sex can be strong enough to be considered serious and thus, can be acted upon. In other words, how do I know that I am not straight? Also, another popular area of mystery for them concerns the manner in which a queer person can possibly engage in a sexual activity. In case of a bisexual like me, accusations of being desperate (more so, because I happen to be from a girls’ college), greedy, confused are not uncommon.

While I understand that they are struggling to grapple with this whole idea of queer love, these questions often sadden me and reveal the extent to which heteronormativity is ingrained in the society. Anything other than heterosexual love needs to pass a test of sorts, in order to be taken seriously.  And if you successfully establish your queer identity, you will still be forced to tackle those handful of people who view you as a means to engage in a little ‘experimentation’.

On top of it, despite these multiple hurdles, the law refuses to recognize your rights. At the same time, if you identify as queer in front of a group of people belonging to the same-sex, some automatically over-analyse your actions and come to the conclusion that you are trying to seduce them, although that is hardly ever the case.

Sadly, even within the queer circles, not everybody is comfortable with a woman who is bisexual, and not a lesbian. The kind of fluidity that being a non-homosexual queer person seems to incorporate, cannot always be encapsulated into labels and is thus marked by a certain degree of paranoia. Also, as is the case with most heterosexuals, many homosexuals refuse to give it serious consideration.

Heteronormativity is so staunchly ingrained that homosexuality is seen as an aberration and the concept of bisexuality does not even exist. And as it so happens, people with this mindset seem to have a clear majority over those who think otherwise. While I have often been identified a lesbian (if not a guy), on account of my appearance (another problematic correlation which is not uncommon), the possibility of me, or anybody else, being a bisexual hardly ever crosses the minds of a lot of people.

About the Author: The author is a bisexual woman and wishes to be anonymous.