“I served in the Navy for seven years, I never made any mistake, now I have been asked to leave because of my gender. Is that fair?” replied Sabi when asked about her recent discharge from the Indian Navy.

Sabi Giri (earlier named at birth as Manish Kumar Giri), 25 year old transgender enrolled as a sailor in the Indian Navy in 2010 in her gender assigned at birth, which is male. She started identifying herself as a female during the course of her employment. The Navy issued an order of discharge against her from the Indian Navy, their press release stated, “…the existing service rules and regulations do not permit the sailor’s continued employment owing to his altered gender status, medical condition and resultant employability restrictions.”

Sabi is physically fit and can perform all the functions required by the post she was assigned to in the Navy. The press release by the Navy explicitly states that the reason for her discharge is her altered gender status. Sabi has challenged her removal from her position in the Delhi High Court on grounds of discrimination, violation of her fundamental rights and also requested the court to strike down the obsolete provisions of the Navy Act, 1957.

It has not been an easy life for Sabi in the past few years. The alleged harsh treatment of the Navy if true, is shocking in her case. While she was serving at the Navy, she wanted to appear and express herself in her female gender identity. Sabi went through years of distress and anxiety due to her gender incongruity. As a person struggling with gender identity, Sabi sought medical examination in the Navy and finally told her parents.

In the petition filed, by her lawyers Amritananda Chakravorty and Mihir Samson, there are instances describing her painful ordeal through her years of employment. She was absent without leave for days, to address her mental state of distress and on her return she would face severe punishment. She received no empathy, let alone tailored treatment from the Navy and she started taking leaves to deal with her experience.

In instances of her ‘punishment’ she was forced to live in solitary confinement for two months, and was only allowed to wear her undergarments. The level of degrading and inhuman treatment meted out to her added to her tormented mental state. Sabi told The Invisible Lawyer that, ‘Psychiatric wards are like jails and the Navy doctors never helped me”. She also shared that such standards of punishment was reserved for more serious crimes like stealing, yet she was treated with the same harshness as if she was a criminal.

It is important to note that the employer was aware of her condition, as she had already revealed her gender status. The warning as a response to her leaves was her suspension of services, and “that her retention would be detriment to service, unless she showed sufficient improvement in her conduct within reasonable period (sic)” It was an irresponsible statement for the Indian Navy to expect an ‘improvement’ with respect to a persons’ gender.

According to the petition, Sabi on sharing her gender identity with the employers did not receive assistance. In fact, she was transferred to a psychiatric ward with 3 guards, after her surgery. In this case, it seems the Navy dealt with a condition of mental anguish with further isolation.

Six long months of isolation, in a psychiatric ward for a healthy person can be excruciating. The petition also states that the ill treatment by the hands of the staff caused more distress than her medical condition.

She was asked to ‘cut her hair, not to put nail polish, and trim her eyebrows’. 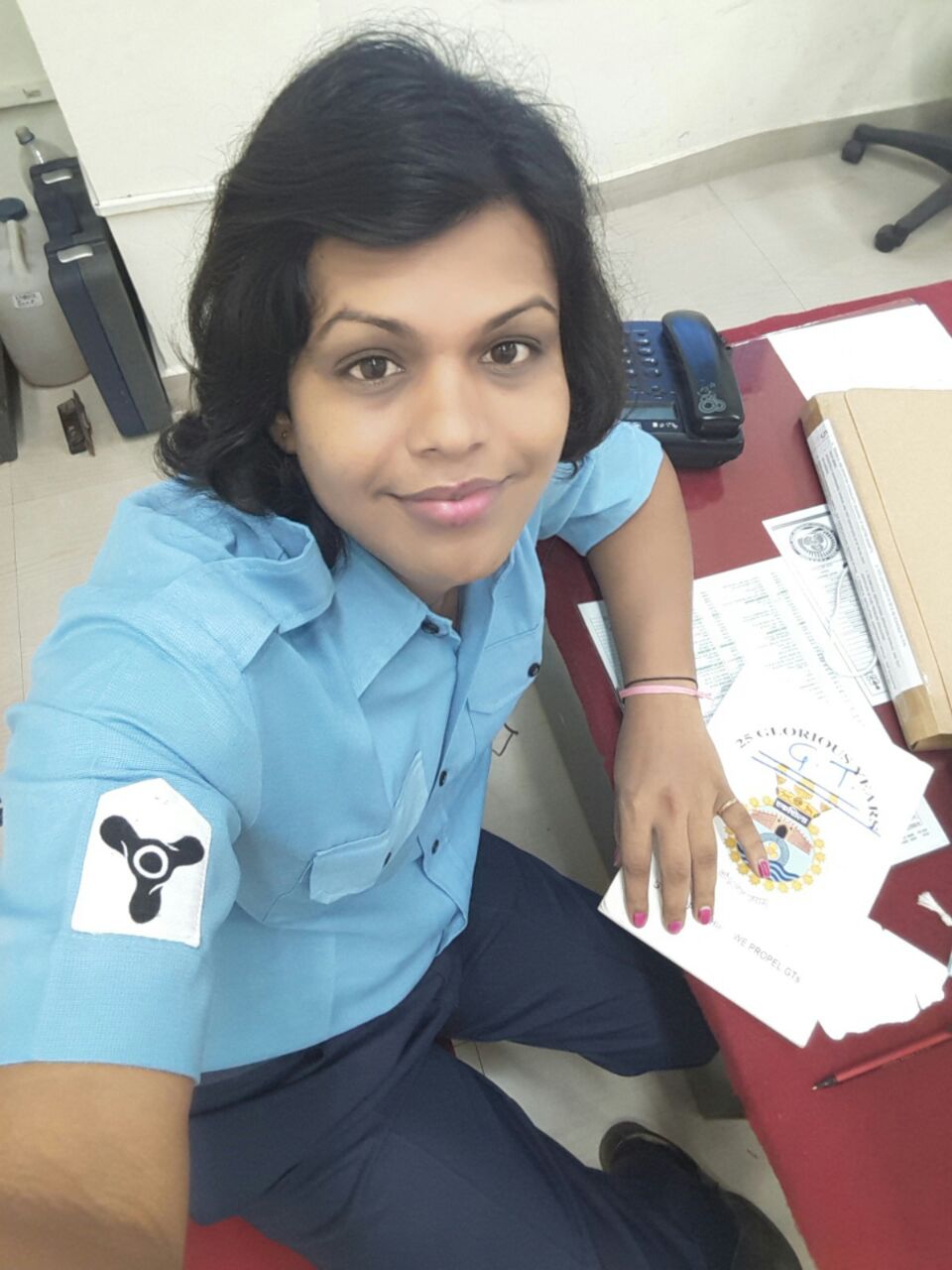 Sabbie, working in the Navy after her sex-change operation

Prior to SRS, in a civil hospital (as Navy does not provide such facilities yet), Sabi experienced a medical condition called ‘Gender Dysphoria’, i.e., “the distress/discomfort that may be caused by the incongruence between one’s experienced or expressed gender and sex assigned at birth”. It is understandable, that like many other medical conditions, the condition should have been dealt with proper attention and care. The treatment for gender dysphoria is not detention in a guarded psychiatric ward and treated similar with a person living with mental illness. After undergoing SRS, she felt better and was back to performing her duties.

Sabi was diagnosed with ‘adjustment disorder’ and put in low medical category. The fact that she was physically fit to do the job was ignored when placing her in medical care. Sabi and her condition was ignored and told that ‘Fauj me ye sab nahi chalta’ (All this is not acceptable in the Army).

Discharging a sailor only on the ground of her gender identity is arbitrary, illegal and discriminatory

The petition notes the long history of the existence of transgender persons in India and still their rights have only been recently recognised. Before 2014, some attempts were made, mostly at administrative levels to recognise transgender identity, i.e., Passports, Voter’s ID, etc, or at judicial level, but there was no legal recognition of transgender identity as such. The petition argues that similar to Faizan Siddiqui vs. Sashastra Seema Bal [2011(124) DRJ 542] where the Delhi High Court struck down the decision of Sashastra Seema Bal (‘SSB’) to deny employment to a person with an inter sex variation as arbitrary and illegal, since it was not based on any relevant materials as well as predicated on incorrect medical knowledge, the decision could be relied upon for Sabi’s plea.

Though not pertaining to transgender person, that decision is landmark in its recognition that an otherwise qualified person fully functionally fit to carry out the required duties cannot be denied employment, even in para-military forces, owing to sexual or gender differentiation from the prevalent norms.

In 2014, the Hon’ble Supreme Court in National Legal Services Authority vs. Union of India [(2014)5SCC 438, hereinafter ‘NALSA’] granted legal recognition to transgender identity in India. It held that transgender persons have a fundamental right to be recognised in their self-identified gender as male/female/transgender, independent of any medical intervention, including SRS. It further upheld the constitutional rights of equality, non-discrimination, freedom of gender expression, dignity, and autonomy of transgender persons guaranteed under Articles 14, 15, 16, 19 and 21 of the Constitution. It gave specific directions to the Central Government and the State governments to protect the rights of transgender persons.

The Navy Act or relevant provisions do not recognize the third gender and thus make it unconstitutional. The very fact that Sabi was removed based on her gender identity is violative of Articles 14, 15, 16, 19, and 21 of the Constitution.

The petition relies on K.S. Puttuswamy vs. Union of India and highlights the importance of freedom of choice in the country. The petition emphasizes;

The petition filed in the Delhi HC emphasizes on the violation of right to dignity. It cites the Hon’ble Supreme Court in Shabnam vs. Union of India which held that

“This right to human dignity has many elements. First and foremost, human dignity is the dignity of each human being ‘as a human being’. Another element, which needs to be highlighted, in the context of the present case, is that human dignity is infringed if a person’s life, physical or mental welfare is alarmed. It is in this sense torture, humiliation, forced labour, etc. all infringe on human dignity.” 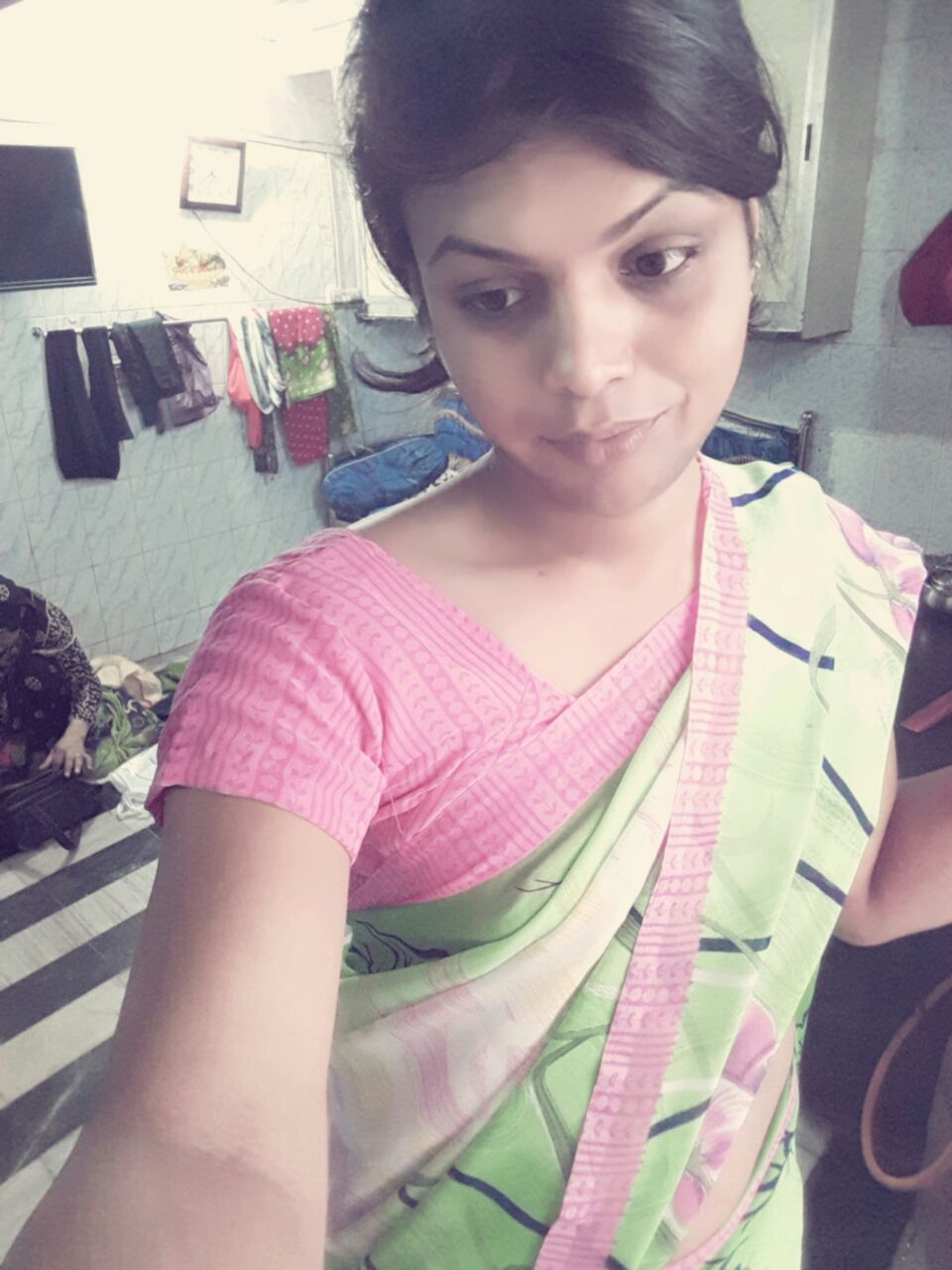 Sabbie, after the sex change operation, living as a woman

The Navy Act, 1957 (Navy Act), does not acknowledge the third gender. It was enacted at a time, when the Indian constitutional jurisprudence was not developed enough to include the concept of a non-binary Navy. With the subsequent changes, the legislation although lawful at the time, needs to evolve. The constitutional values of dignity, equality and non-discrimination for all, including transgender persons should be included.

According to the petition, there is no record of Sabi not being able to do her job, after her adopting her gender identity or going through SRS.

Section 9 of the navy Act reads:

(2) No woman shall be eligible for appointment or enrolment in the Indian Navy or the Indian Naval Reserve Forces except in such department, branch or other body forming part thereof or attached thereto and subject to such conditions as the Central Government may, by notification in the Official Gazette, specify in this behalf.

The petition points out that the, “The recruitment of women is treated as an exception in Section 9(2) in restricted categories. It does not contemplate either the enrolment of transgender persons as officers and/or sailors or contains provisions dealing with existing personnel who may have transitioned from their gender assigned at birth to their self-identified gender during the course of service”.

Section 9 (1) of the Navy Act provides for appointment or enrolment of sailors in the Indian Navy or the Indian Naval Reserve Forces. Sub-clause (2) bars women from being appointed or enrolled, except in certain specific departments, not including sailors. This, in effect, makes it clear that only male persons are eligible to be recruited as sailors. Thus, the validity of Section 9, Navy Act, and all relevant regulations, which do not recognise transgender identity, has been rightfully challenged.

Regulation 279, in fact, makes it explicit that only male sailors are enrolled in the Navy, with no provision for transgender persons or women.

It is submitted in the petition the Indian Navy is based on the Royal Navy of United Kingdom, and most of the laws and rules/regulations can trace their origins to the UK Navy law. Now, the Royal Navy of UK has included transgender persons in its midst, and there is a categorical prohibition against discrimination on the ground of gender identity, as part of the general anti-discrimination law. Thus, other countries have found a way to integrate transgender individuals into the military, and there is no reason why India cannot do the same.

It is time for the Navy Act to be amended to include all genders, if they are functionally fir to do the job.

The petition prays for a declaration that section 9 of the Navy Act, 1957 and Regulations 261, 268, 269, 278, 279 of Navy Regulations (Part III), and all other regulations of a like nature, are void and unconstitutional to the extent that they do not recognise the identity of transgender persons.

On sharing her gender identity with her parents, Sabi was forced to marry. On sharing the information with her peers, she lost relationships. On sharing the information with her employers, she was forced into solitary confinement. On undergoing Surgical Reassignment Surgery (SRS), she lost her job. Sabi has an important question to ask the Navy, ‘I am an Indian, I want to serve my country, I am not allowed to because of my gender, where is the justice in that?’ The proposed change in the Navy Act, will carve a way for the Armed Forces to accept a non-binary environment where the only criteria for selection is the candidate’s merit and not their gender identity.

The case has revealed some hard truths of the Navy and their lack of awareness on the issue of transgender rights. There is an urgent need to address and introduce policy changes through positive steps towards equality and non-discrimination.