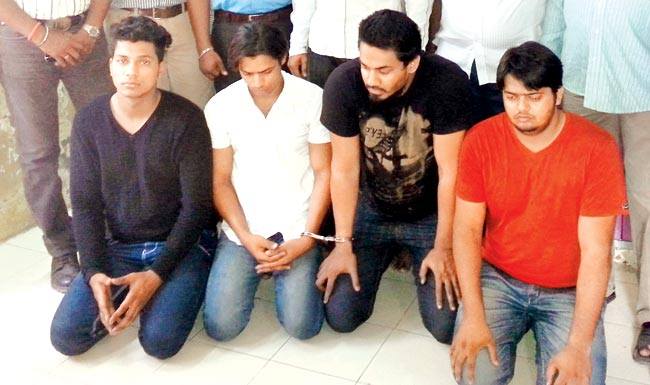 Says ready to help others who have been similarly targeted

The general secretary of Aam Aadmi Party’s Maharashtra unit, Preeti Sharma Menon, has helped nab four extortionists who were targeting a gay man over his sexuality. The men were threatening to expose the victim before his family and turn him to police for crimes committed under Section 377.

The victim, a 37 year old man working with a hotel, had befriended a man, also part of the gang, on a dating site and invited him over to his house. While at his house, the extortionists suddenly knocked and made their way forcibly inside, clicking pictures of the victim’s friend in his underpants, as ‘evidence’ of a criminal act under Section 377. They threatened to inform the victim’s family and also the police about the ‘crime’, and demanded a payment of 1 lakh to keep silent. The men took the victim to an ATM to withdraw cash, but on seeing that he did not have sufficient balance to pay them, took him back home and forced him to borrow Rs 20,000 from a friend as a stop gap payment. The men took the money, his laptop and tablet, warning that they would stay quiet only when they received their payment in full. The victim kept silent as he did not want the men to alert his family.

However, he mustered courage later and approached the police, who were not keen on filing an FIR at first after coming to know of the gay angle. Preeti, who was a close friend of one of the victim’s friends, agreed to visit the police station to help sort things out once she was informed of the case. The victim and his friends who were at the Vakola police station from evening till 1 in the night, managed to get the police to file a complaint finally on Preeti’s insistence. The police laid a trap to catch the culprits the next day when they were to collect the remaining money from the victim, and managed to catch all four of them on April 7th. The laptop and the tablet were recovered.

Preeti, whose help in getting the police to act has been acknowledged by the victim and his friends, says, “I am proud of the boy who agreed to take this to the police, with the criminals being caught in 24 hours. Because of Section 377 many gay men are being victimised in shocking ways. AAP is always there for victims who need help in filing complaints, we understand how difficult it is for gays to get their voice heard in this prejudiced system.”