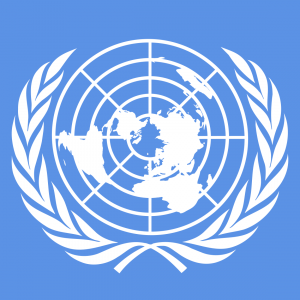 In a historic vote in the UN today, the Committee on Non-Governmental Organizations recommended special consultative status to an Australian Lesbian medical organization, which advances both lesbian health professionals’ visibility and lesbian health in general. The 19 member Committee approved special consultative status with the Economic and Social Council for 16 organizations and deferred action on 38 applications.

The 19-member Committee recommends that the Council grant general, special or roster status, in accordance with such criteria as the applicant’s mandate, governance and financial regime.  Organizations enjoying general and special status can attend the Council’s meetings and circulate statements, while those with general status can, in addition, address meetings and propose agenda items.  Roster-status non-governmental organizations (NGOs) can only attend meetings.

The special consultative status to the medical organization was approved by voting. 9 countries voted in favour, while 6 voted against and 2 abstained from voting. India, which is part of the committee, voted for the inclusion, along with the likes of Israel, USA, Venezuela, and Bulgaria; whereas China, Morocco, Pakistan, Russia, Senegal and Sudan voted against the inclusion. The representative of Belgium underscored that the Association, as one of the oldest on the list of deferred organizations, was a “victim of unfair treatment and discrimination” by the Committee. Representatives of other countries that voted in favour too welcomed the decision. However, the representative of Sudan, who had voted against, said that “what we just saw” went against Committee methods and could negatively impact future deliberations.

Aditya Bondyopadhyay – a Delhi-based lawyer and gay rights activist- welcomed the vote by India. “A happy trend is being observed. Increasingly India is voting with western and Latin American countries in the UN in favour of LGBT Rights and issues,” he said. Pointing out that India now has an obligation to fulfill its international commitments, Mr. Bondyopadhyay  said, “It can only mean positive things for us back home, for we can haul the government on the mat if they go back on their international commitments on human rights that they make abroad.  Needless to say, it is for us, civil-society and activists in India to ensure that the government stays true at home to its posturing abroad.”