A sit in protest was held by the transgender community of Kashmir at Press Colony, Srinagar on 13th May against non-implementation of NALSA judgement in Jammu and Kashmir and disregard of transgender rights in the state. 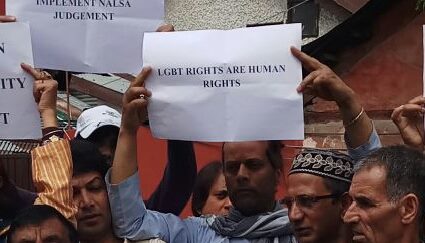 Around 30 members of the transgender community participated in the protest that was organised by Sonzal Welfare Trust, an NGO working for the welfare of gender and sexual minorities in J&K. The main demands of the protestors were implementation of NALSA judgement in the state, formation of a comprehensive policy for transgender people of J&K that covers their education, livelihood and shelter; and; modifying the various sections of the penal code to include under their ambit crimes committed against transgender people. 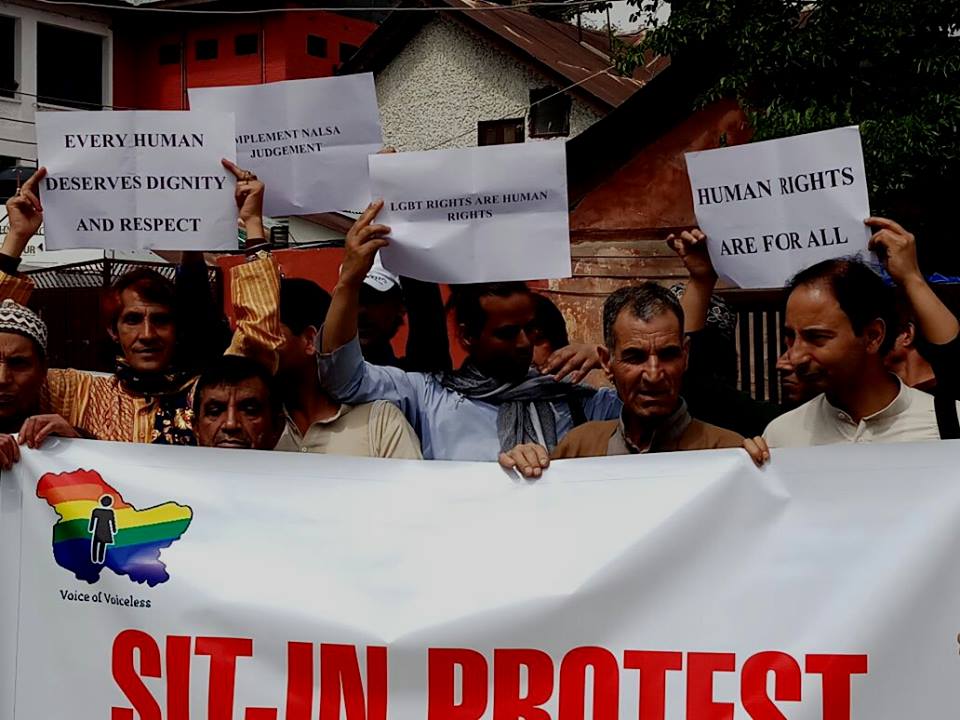 Talking to Gaylaxy over phone, Aijaz Ahmad, the founding president of Sonzal Welfare Trust said, “While the ex-finance minister had announced a separate fund for the welfare of transgender community in the State Budget, nothing much has moved forward on ground. In the High Court, the public prosecutor is unnecessarily buying time on the issue of draft policy for transgender people.We have also written a letter to the CM grievance cell regarding this” Aijaz Ahmad has filed a PIL in the Srinagar High Court petitioning that the State implement the NALSA verdict and form a transgender policy. The High Court had asked the Government to submit its response and a draft policy for transgender welfare.