The 9th edition of the Delhi Queer Pride was held on Nov 27th and thousands of LGBTQIA people and their supporters walked the streets of Delhi. The march started from Barakhamba road, with people dancing to the beats of Dhol, and ended at Jantar Mantar. 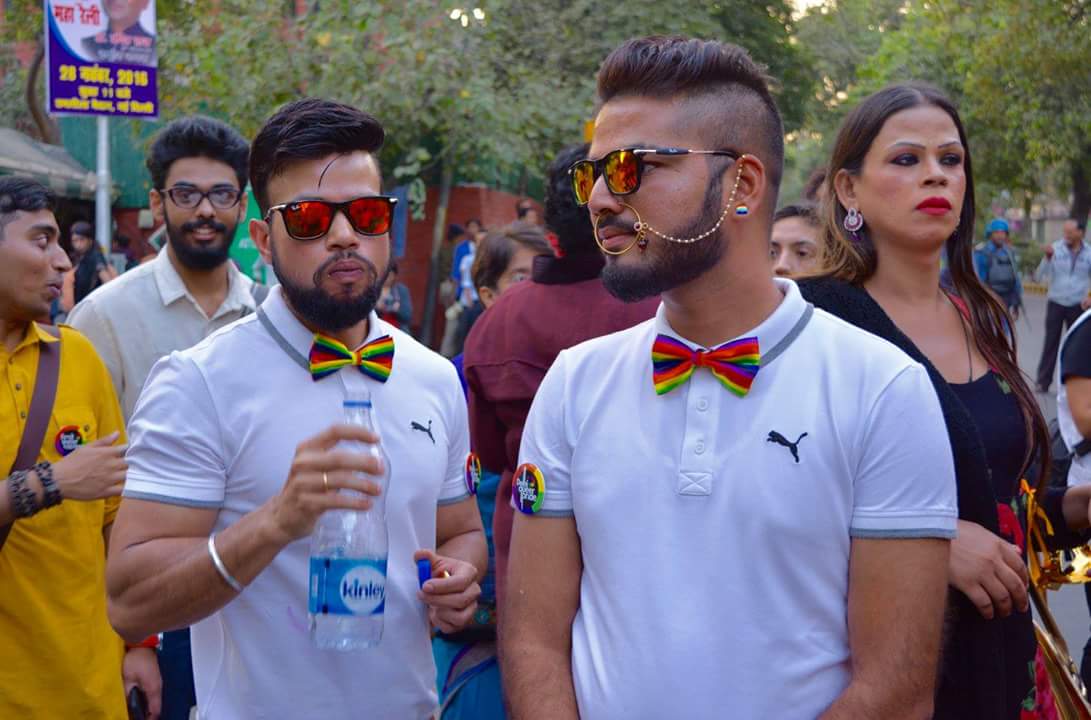 A couple at the Delhi Queer Pride 2016 (Picture by: Sharif Rangnekar)

People from all over India as well as the world had come to take part in the Delhi Queer Pride. Some of the participants had come from Mumbai, Pune, Kolkata, others were from as far as Taiwan, Canada and Brazil. People were dressed up in colourful attires, and a lot of men broke the gender stereotypes and myth by wearing a nose ring. JNUSU members, including Umar Khalid and ex-President Kanhaiya Kumar too took part in the pride march. 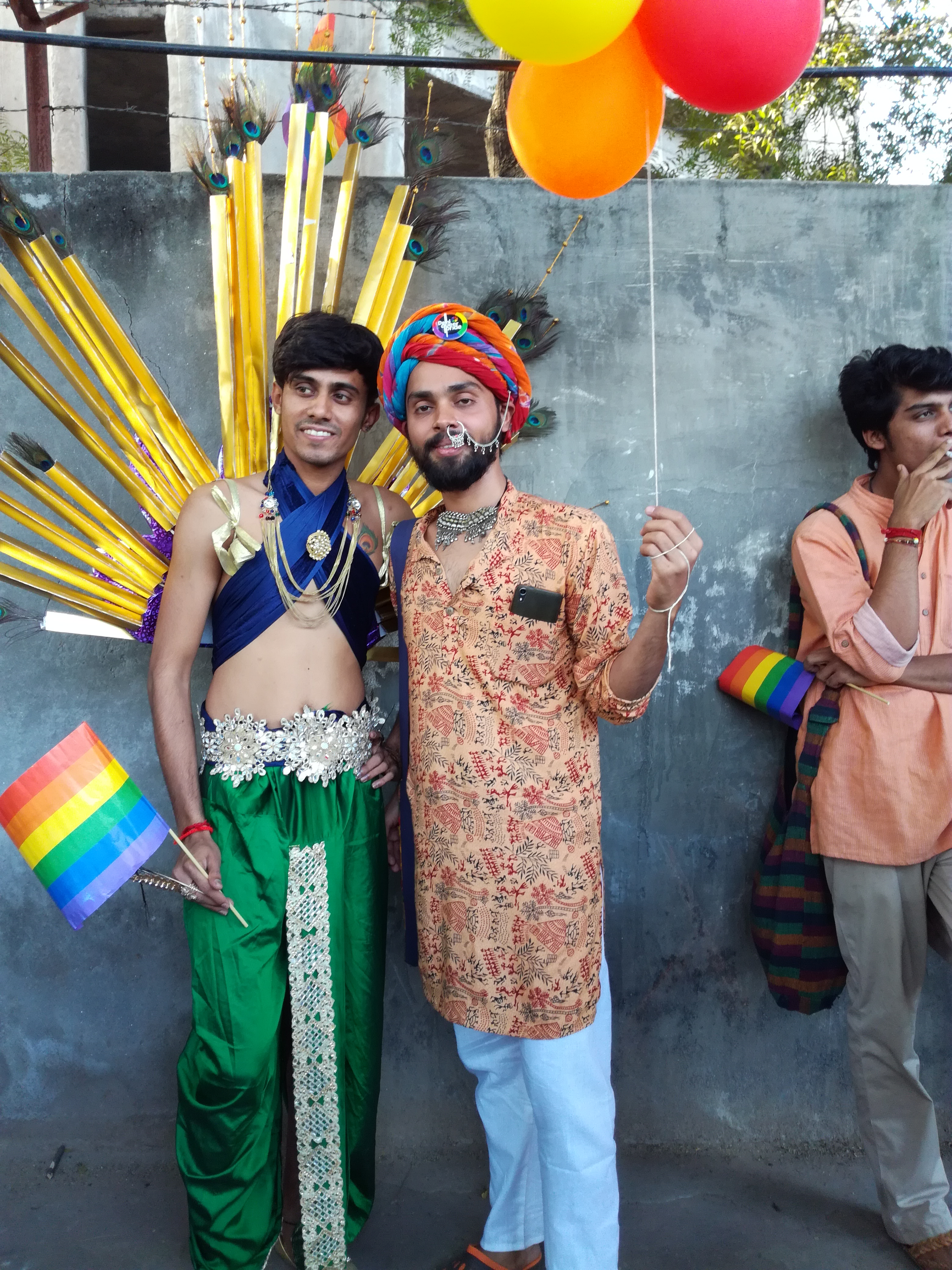 Participants from Mumbai dressed up for the Delhi Queer Pride 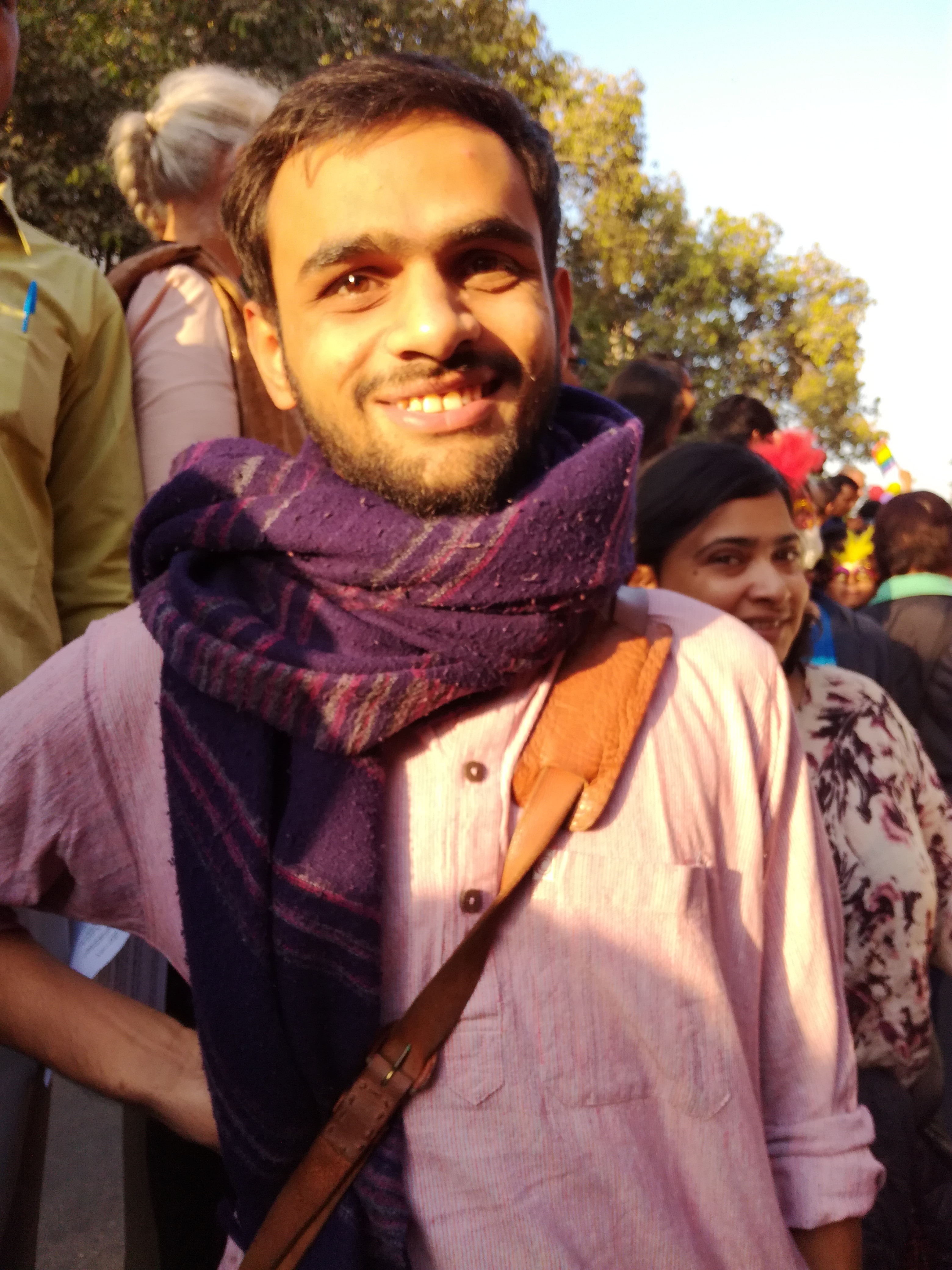 Apart from the revelry and dancing, the pride had people raising Azaadi slogans and demanding an end to Section 377 and patriarchal control. Other issues like demonetisation and Fawad Khan too figured in the march, with placards that read “Why Demonitise When You Can Decriminalise 377?” and”Fawad ko Wapas Lao, Badle Mein Ramdev Le Jao”. 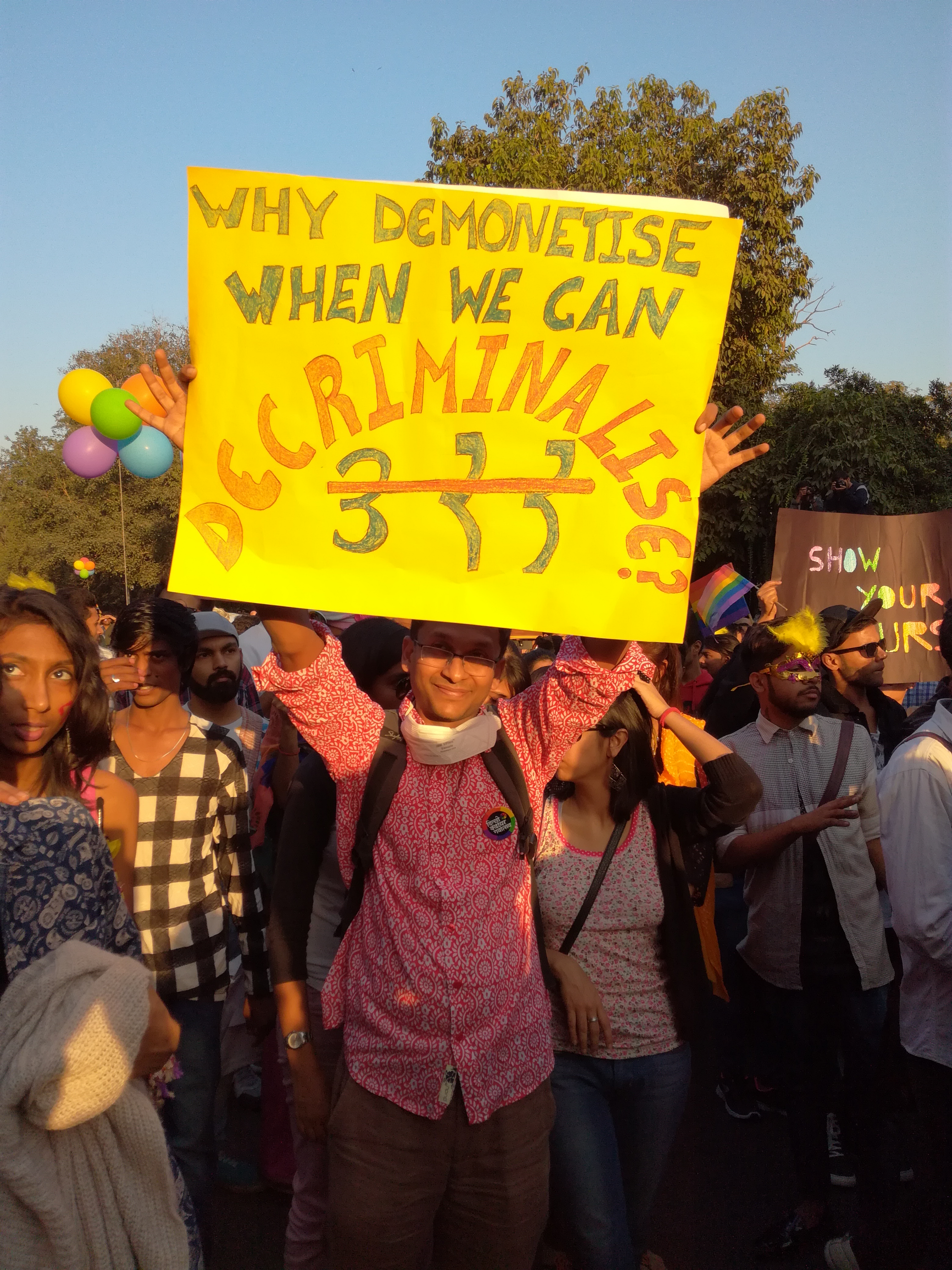 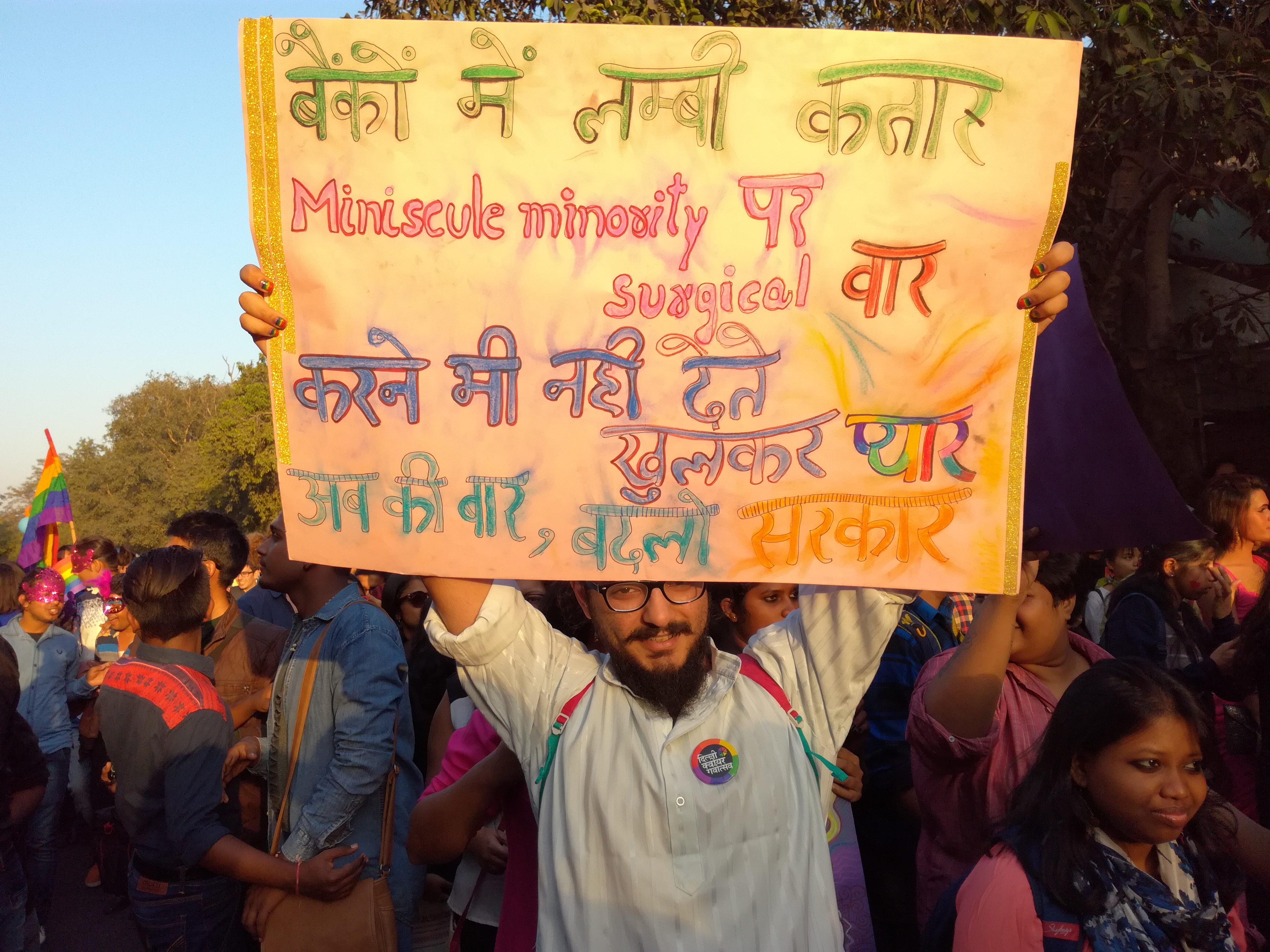 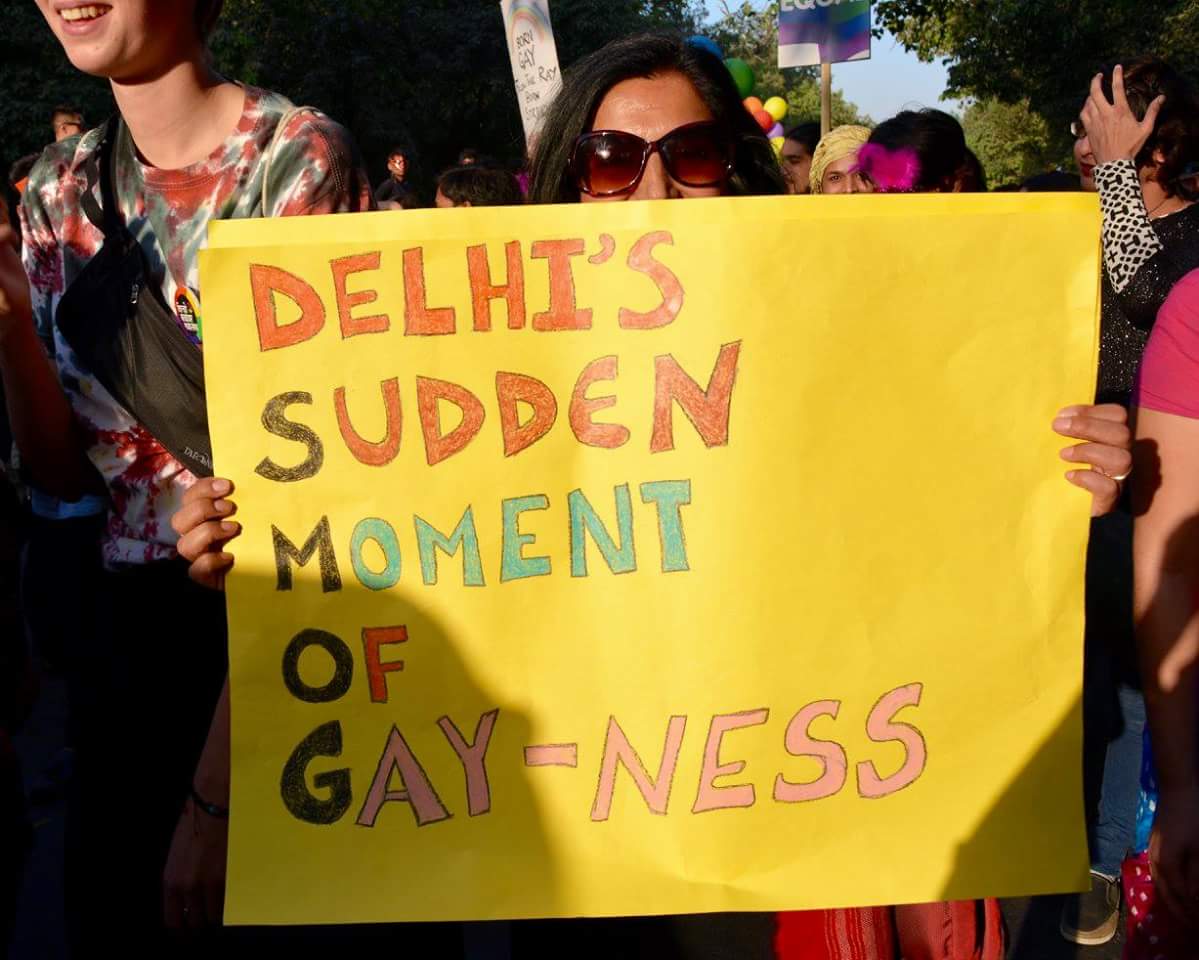