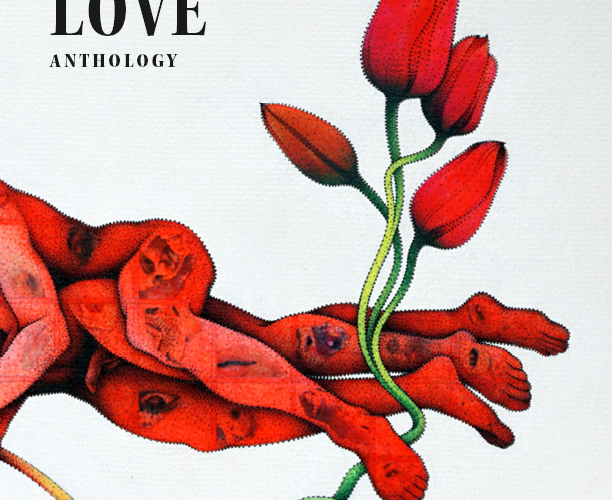 Fearless Love, an anthology in celebration of the Navtej Singh Johar-verdict, will be launched on 8 December during the Rainbow Literature Festival in Delhi. Arvind Narrain and other contributors to the anthology will be present and participate in a panel led by editor and publisher Vikram Kolmannskog. Here is an an edited, shorter version of the essay by Arvind that is included in the anthology. To download a free ebook and find out more about the anthology, visit www.mohini.no

On 6 of September 2018, the Supreme Court of India decriminalized the intimate lives of LGBT persons. The element which underlies the hard work of both changing social mindsets and making the court a hospitable space for LGBT people are the countless acts of fearless loving. Innumerable people across the centuries have faced the risk of police prosecution, social ostracism, blackmail and violence for daring to exercise the right to love.

In a reported decision from the High Court of Sind in 1935, Nowshirwan Irani, a young Irani hotel owner, was charged with having committed an offence under Section 377 with a young lad aged around eighteen called Ratansi. The reason this incident came to light was that a police officer Solomon along with his friend Gulubuddin saw the incident through the keyhole, marched in and took both Ratansi and Nowshirwan to the police station and filed a case. The story of an encounter between two people of the same sex who desire each other, gets reduced in the judicial reading to the act of a perverse failed sexual connection. The use of terms like ‘animal like’ and ‘despicable’ places the sexual act within the framework of moral abhorrence.

One has to read the silence in the judicial text to hazard a guess as to the nature of the intimacy between Nowshirwan and Ratansi. The two knew each other and possibly had met before in Nowshirwan’s room. Nowshirwan’s room may possibly have been a space where the coercive heterosexism of the outside world could be dropped for the brief time which Nowshirwan and Ratansi spent with each other. That brief time they spent together may possibly have been a moment when they imagined a world not yet born and a time yet to come, when their desire would be accepted without a murmur. One could re-read Nowshirwan and Ratansi as unwitting frontiersmen in the history of the battle against Section 377 and among its first recorded tragic victims. The story of Nowshirwan and Ratansi exemplifies the perversities of a law which turns lover against lover and converts the act of intimacy into the crime of carnal intercourse. It is also one of the first recorded instances in the judicial archive of  when fearless loving gets targeted by the criminal law.

The tragedy is that the targeting of fearless loving is not merely a matter of archival interest but continues to be a concern of contemporary politics. The repression by the law did not, however, deter the continued and determined assertion of the right to love throughout the long history of Section 377. If one were to peruse the record produced over the last 17 years before both the High Court and the Supreme Court there are innumerable such narratives of fearless loving. Perhaps another such instance worth narrating is the remarkable petition filed by 19 parents of LGBT persons who asserted that Section 377 was a deep violation of ‘family values’ and a threat to the ties of love which constitute family. As Vijaylaxmi Rai Chaudhari, mother of a gay man,  stated on affidavit:

My child is living with the agony and disrespect of being penalised at any point of time under an unjust law. It stopped him from coming out for long. Even after he came out, he always felt insulted since he can’t live his life equally celebrated and accepted by the law and the society. The thought that Anis could for no fault of his own be harassed by the state, makes Section 377 totally unacceptable for any otherwise law-abiding, just and self-respecting citizen.

Ms. Chaudhari was unafraid to make public her commitment to a better world for her child through fighting publicly for a repeal of Section 377, thereby illustrating another aspect of fearless loving.

A battle for all

What was extraordinary about the Supreme Court judgment of 6 September 2018 is that it was an empathetic response to this history of needless suffering. J. Chandrachud specifically noted that ‘the law deprived them [LGBT persons] of the simple right as human beings to live, love and partner as nature made them. The human instinct to love was caged by constraining the physical manifestation of their sexuality. Gays and lesbians were made subordinate to the authority of a coercive state’. Justice Chandrachud concluded poignantly, ‘Civilization has been brutal’.

The Navtej Singh Johar judgment is a vindication of the idea of fearless loving. The Supreme Court has removed the cloak of illegality which shrouded the lives of LGBT citizens. However, Indian society still has a long way to go before it can embody the values of the Indian Constitution in terms of treating all persons without discrimination, especially on grounds of caste, gender and sexuality. In making that shift fearless loving still has an important role to play.

Arvind Narrain, is an activist and lawyer who was active in the Section 377 litigation