Mumbai walks with pride with over 6000 supporters

Mumbai came out in full force to walk the annual Pride March on January 31. Organized by the Queer Azaadi Mumbai collective, the march saw well over 6000 supporters of the LGBTQ cause walk the streets of South Mumbai on a rather warm Saturday afternoon. Dressed in their best pride finery, the crowd marched from August Kranti Maidan to Opera House and back while decrying discrimination and cheering on everyone in their fight for justice against Section 377.

Witnessing participation of people from all over India and abroad, the march was a riot of colours and fanfare, as the crowd danced to the beats of drums through the busy congested streets, with giant Pride flags and balloons. Passers-by stopped to take clicks on their phones and residents of the many chawls that dotted the pride route filled out balconies to witness the march. 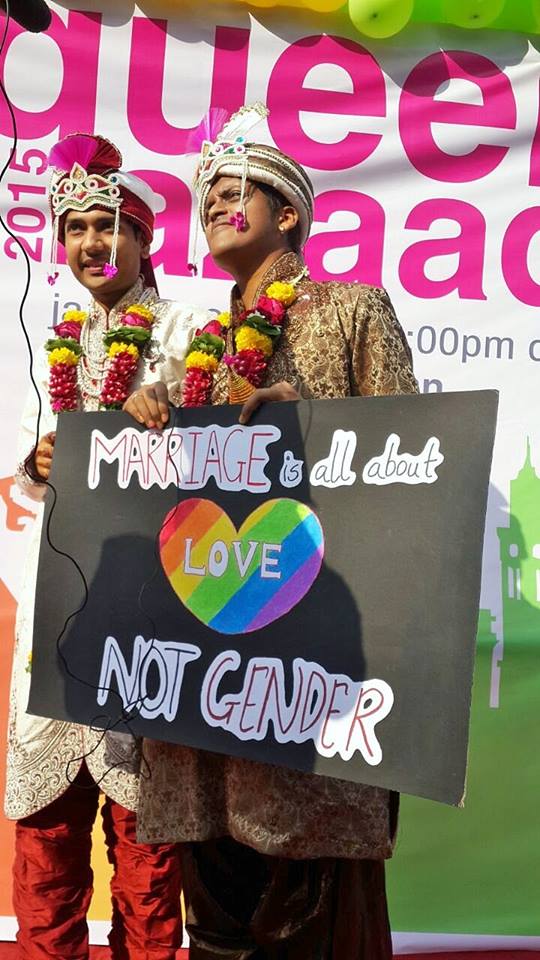 Gay marriage found some active supporters, with two men who had tied the knot in a traditional Hindu ceremony before the march proudly proclaiming their newly married status with a banner that read ‘Love knows no gender’. A few other men also chose to dress as groom and groom, and walk with their heads held high. SushantDivgikar, India’s representative at the Mr Gay World pageant last year and a well known TV personality walked in his famous peacock dress, while activist Harrish Iyer dressed up as a gypsy with both male and female personalities, a ‘sampoorn’ being. A significant gathering of parents holding up placards reading ‘I’m proud of my gay child’ walked as well, as did siblings of gay and lesbian people. Members put their creativity to full use, with some walking with brightly painted faces, some in drag and impossibly high heels, some making a political statement with their caged status under Section 377 and some highlighting the dichotomy between their accepted and assigned genders. 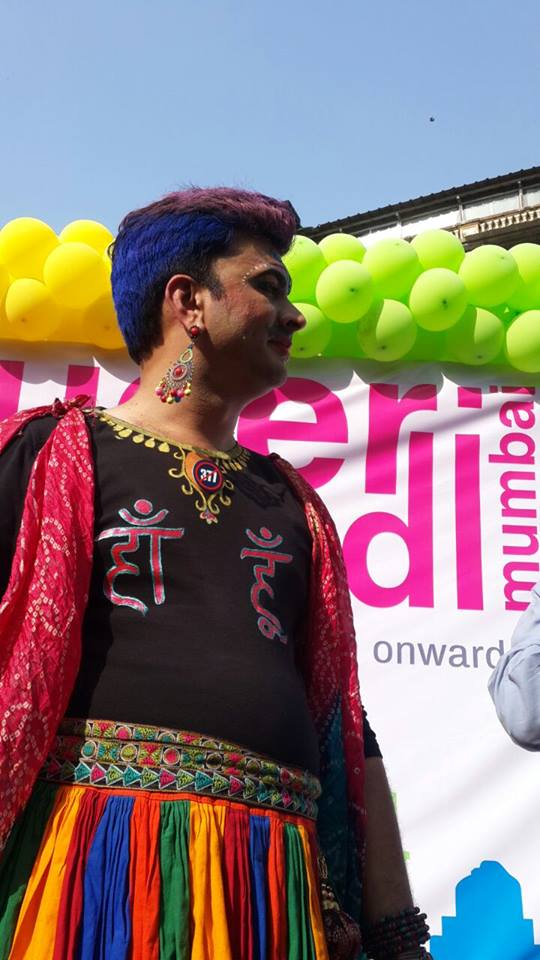 As the march ended to a close at the starting point, brightly coloured rainbow balloons were released in the air amidst loud cheers. March over, enthusiastic supporters flocked in droves into the nearest restaurants and bars around Chowpatty with songs and merrymaking ringing aloud all over the crowded outlets and getting ready to dance through the night at the post Pride party.