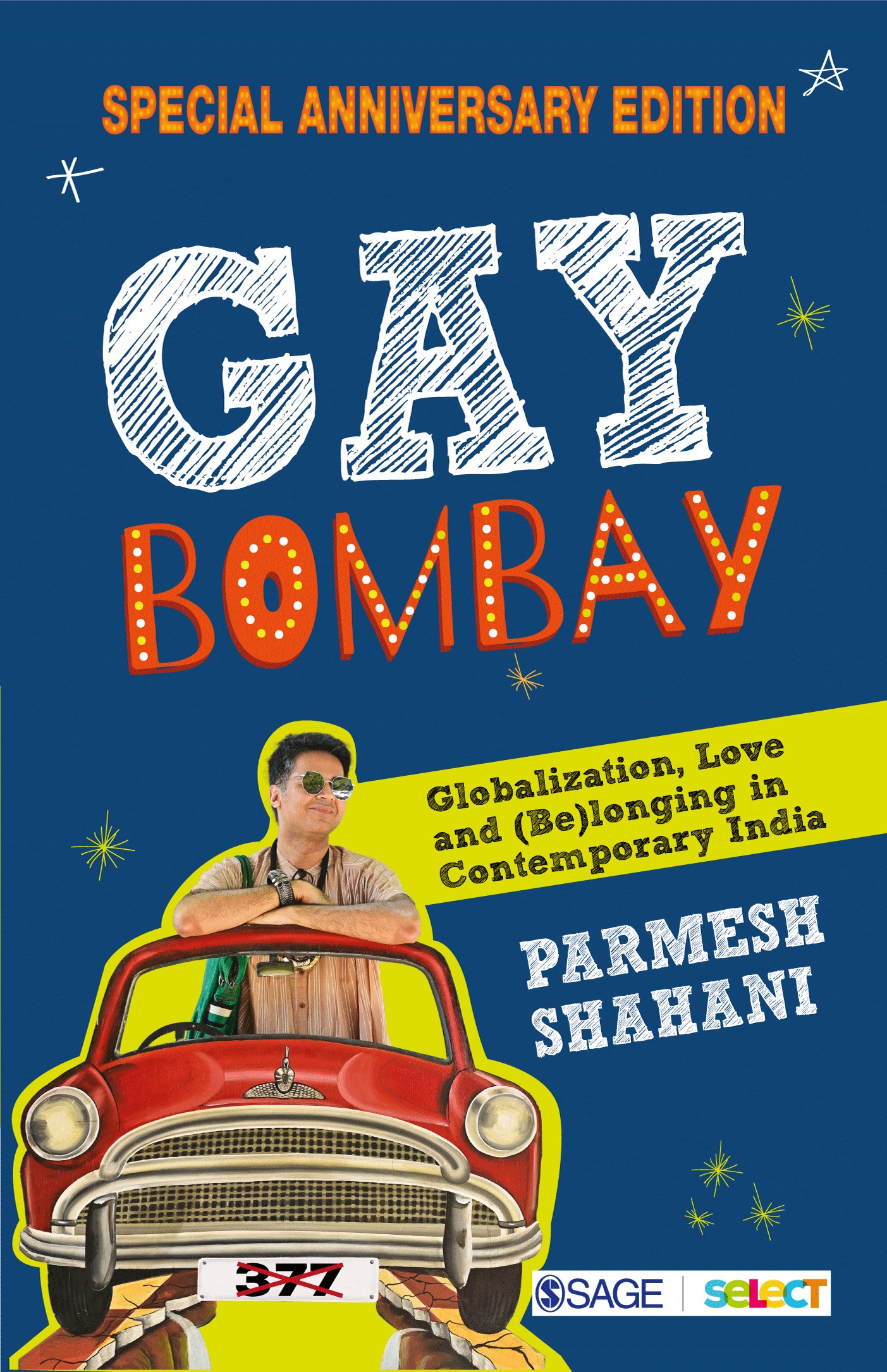 SAGE Publications India announced the second-innings of their bestseller,Gay Bombay: Globalization, Love and (Be)longing in Contemporary India by Parmesh Shahani.

Using a combination of multi-sited ethnography, textual analysis, historical documentation analysis and memoir writing, the book attempts to provide various macro and micro perspectives on what it means to be a gay man located in the online-offline Gay Bombay community in the late 1990s and early 2000s. This special anniversary edition includes new introductory chapters from renowned academicians working in gender and queer studies such as Professor Ulka Anjaria of Brandeis University and Professor Kareem Khubchandani of Tufts University, who write about the importance of the book as one of the first scholarly accounts of queer life in contemporary India. It also includes an exclusive concluding conversation between the author and Professor Dhiren Borisa of O. P. Jindal Global University, in which they reflect on the future queer histories that still need to be written.

On a broader level, the book critically examines the formulation and reconfiguration of contemporary Indian gayness in the light of its emergent cultural, media and political alliances.“What is the point of reading this old book about 15 years after it was first written and 12 years after it was published? The first is that queer lives matter. Our stories matter. The lives of people chronicled in Gay Bombay still continue to be relevant…what kind of world are we going to create together now that section 377 is gone?” says Parmesh

Announcing the release of theSpecial Anniversary Editionin April, Parmesh says:“If you’d told me in 2008 at the time of this book’s release…that this book was important enough to even consider a second edition of, I’d have wondered what you’d been smoking. I was just so grateful for it to be published in the first place…it feels slightly surreal that this small academic labour of love continues to have an afterlife.”

Parmesh Shahani is Vice President at Godrej Industries Ltd. and the founder of the award winning Godrej India Culture Lab which sparks conversations and collaborations about the changing face of contemporary India. He has guided many of the country’s leading companies on their LGBTQ inclusion journeys. He is a member of the FICCI taskforce on diversity and inclusion and a board member of Khoj International Artists’ Association. Parmesh holds an MS in Comparative Media Studies from MIT. He has been a TED Senior Fellow, a Yale World Fellow, and a World Economic Forum Young Global Leader. His second book Queeristan: LGBTQ Inclusion at the Indian Workplace (Westland Books) is scheduled for release in 2020.