The cultures of the world are fast evolving. What was relevant yesterday may be redundant today. New knowledge is being added and the old ones accordingly modified. There are phenomena that either did not exist in the past or were not studied enough to be identified within the existing knowledge base. The idea that sexual orientation is deterministic and immutable for example faces scrutiny for the past couple of decades. Sexual fluidity has been defined as “a capacity for situation-dependent flexibility in sexual responsiveness which allows individuals to experience changes in same-sex or other-sex desire across both short-term and long-term periods”. Mouthful? Yeah, that’s how scientists talk about it. We, however, will understand sexual fluidity as a concept that sexual attraction is less about who you are attracted to overall and more about who you are attracted to at a given time.

The most dominant model of sexual orientation has been, historically, a categorical one. It fundamentally identified two orientations, heterosexuality and homosexuality and was later modified to accommodate other sexual behaviours in more categories. The notion of this model of sexual orientation sometimes fails to explain the desires, sexual experiences and romantic inclinations of those who do not find themselves fitting the boxes. Sexual fluidity comes into the scene here. Researchers have discerned that sexual orientation may change throughout a person’s lifetime. Someone who feels same-sex attraction at one point in life may experience other-sex attractions at another.

Lisa Diamond, professor of developmental psychology and health psychology at the University of Utah, who is also credited with the coining of the term sexual fluidity, maintains that based on her research, being bisexual is distinct from being fluid, although the life paths taken by bisexual people and those with fluid sexuality may be similar. Even though there is a distinction between bisexuality and sexual fluidity, yet the life paths taken by both are almost similar. Bisexual people experience stable attraction to both sexes while sexually fluid people see variability in their attraction over time. Both of them, however, may be with a partner of same-sex at one point of time and with other-sex at another point. Looking from the lens of researchers might give a clear view of what indices point to sexual fluidity. When sexual fluidity is studied, the researchers often try to focus on three phenomena. The first is the non-exclusive or bisexual patterns of attractions, second is the variability of sexual attraction patterns over a long period i.e. whether or not a person shifts from same-sex desires to other-sex (or vice versa) desires over some time. Thirdly, the inconsistencies among sexual attraction, behaviour and identity.

Nearly half a decade back, it was believed that women tend to show more variability in their sexual behaviour thus contributing to the larger percentage among the sexually fluid population. The attribution of causation is complicated to be pinned to one thing but the changes in the past few decades in gender roles could be one of the major determinants to this disparity. With the notable cultural shifts in the past few decades, women have been able to find more freedom from gender roles while men have remained at a relatively static level. These cultural shifts can be attributed to feminism and women’s movements that have been changing the socio-political scenario for the past several decades. Thus, one possible explanation for the higher prevalence of sexual fluidity is the higher erotic plasticity (the degree to which one’s sex drive can be changed by cultural or social factors) of women. This picture of disparity however has begun to be confronted by more recent data which shows, as Lisa Diamond puts it, that men experience fluidity in different contexts and ways than women. She adds that now more and more men feel free enough to identify as “mostly heterosexual” or “mostly gay”.

What do the present and the future hold for sexual fluidity?  The perception of sexual fluidity has changed drastically for generations from boomers to zoomers. It is being observed that zoomers and Millennials, thanks to the amount of exposure to information and the cultural shuffle, are more open and accepting of sexual fluidity and are likely to have experienced it first-hand. It is not uncommon for people to even use the term fluid instead of bisexual. “I am fluid, I go with the flow” describes and validates many sexually fluid experiences that don’t fit into the other categories.

The metaphorical boxes of sexual orientations did not explain an array of sexual behaviours and desires, sexual fluidity is the more progressive term that encapsulates the experiences of sexually fluid individuals. It should increase the acceptance of changing sexuality over time and validates those who might have once felt an imposter to the LGBTQ community. There is also a buzz among the community that the word bisexuals might be taken over by sexual fluidity over time because it explains a range of sexual behaviours.

Sexual fluidity challenges the notion of ‘born this way’ and establishes a variable sexual behaviour that is governed by intricate play of genetic push and life experiences. With the emergence of scientific evidence on the variability and possibility of change over time, some proponents of Conversion therapy who aim to “repair” homosexuality have used the argument to push their agenda. Conversion therapy, however, has been condemned on various grounds in the past and present.

The future might see its path to more masculine spaces, the gender disparity reported in the previous data might make a shift towards an equilibrium. Lisa optimistically asserts that the culture we have around has always tried to drape sexuality in shame and taboo, and it is imperative to find a way that makes it more acceptable for people to reflect on their behaviour without being stigmatized and to open up sexual possibilities or at least the idea of the same. 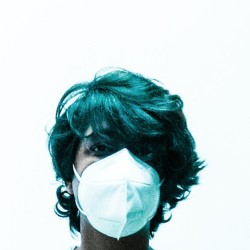 Prashant Mishra
Prashant is a Psychology student who resides in Uttar Pradesh, India. When he is not busy reading, writing and taking photographs he can be found on his Instagram page @door._.darshan . He loves to see the world in his unique way and fondly shares it with the lovely people he is fortunate enough to have in his life.