Proud to be an Ace!

A couple of years ago, I believed I was a regular guy. The fact that no two people are alike never occurred to me—at least not in the domain of sexuality. Back then, my knowledge of sexuality was limited to biology books. I knew a male and female were required to copulate to give birth to an offspring. With that understanding, I believed I was a heterosexual just like the majority of the population. I believed sex was something people engaged in after marriage. After all, our movies, media and parents actively propagate this theory.

During my college days, things were fairly simple. I never had a girlfriend; I could not fathom how two people could enjoy each other’s company for hours on end. Moreover, I fiercely guarded my private space, and I could never imagine opening up to someone. Many friends were in active relationships, and I attributed their relationships to a need for companionship, rather than to a need or a desire for sex. In contrast, I was happy with my group of friends, and never desired or even realized that relationships could be taken beyond the realm of friendship and family. After college, I moved outside India for a job and I was happy to finally get a chance to explore the world at large. But having sex never crossed my mind.

Majority of the population experiences some kind of sexual attraction. When I talk about my lack of sexual desire, people label me as gay, or impotent. I am not gay; I have never been attracted to men. I do have a libido, hence I cannot be impotent. The combination of these two factors always made me assume that I was straight. But I am not sexually attracted to women either. And that makes me a truly unique kind of a nut case. I started my quest to understand my situation, and I found my answers about asexuality (or Ace, as I like to refer) through AVEN.

AVENhosts the largest online asexual community, with information and perspectives. An asexual is defined as a person who does not experience any sexual attraction. It was a relief to finally put a label on something that I constantly experienced but could never articulate. As I read through the forums, I realized that even within the asexual community people, defined themselves via many different labels:

It might seem that having so many labels and categories gets confusing and makes asexuality a lot more ambiguous than it already is. However, it also provides a common vocabulary. These labels are also relevant to the heterosexual and LGBT community, and when used in combination with the sexual and gender preferences, they help one grasp the true meaning of sexuality.

At 27, I am still a virgin. Some friends ask me, how do I know I am asexual without ever trying to indulge in sex? My response to a heterosexual person is, would they try having sex with a person of the same sex, just to be sure that they are not homosexuals? In the same way, asexuality applies to me at a deep level and I do not need to check to be sure.

People do not understand this term, partially due to the lack of visibility, information and knowledge about the asexual community. The first study that published information data about asexuals was carried out in 1983 by Paul Nurius. It was only in 1994 that the first empirical study was carried out by a UK research team that included a question on sexual attraction. 1% of the respondents replied that they never felt sexually attracted to anyone at all. Ever since, the idea of asexuality as an orientation started gaining traction.

In India, there is a real need to increase the visibility of the asexual community. If we go by the generally accepted ratio of 1%, then there are 12 million people in India who are asexual. That is a significant chunk of our population who is potentially vulnerable to bullying, domestic rape and sexual violence. I would like to urge you to take a look at AVENto understand asexuality and to spread the word. 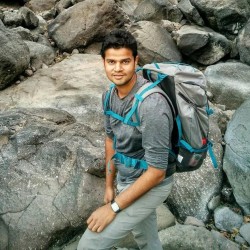