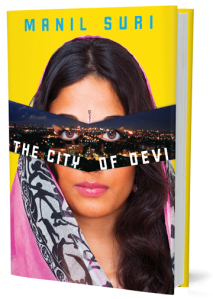 Amongst gay fiction by Indian authors, Manil Suri’s book clearly stands out by not being apologetic or boring, writesSukhdeep Singh

Set in the future in a world torn apart by terror attacks, The City of Devi begins by telling about the imminent nuclear attack that is to annihilate the city of Mumbai in a few days. While most of the residents have evacuated the city, there are a few who either could not leave, or believe that the city’s Devi will protect them all. Amidst them is Sarita, who even in the war ravaged city, is searching for a Pomegranate that she believes will help her reunite with her husband Karun. But she is not the only one who is searching for Karun. Eijaz, or Jaz (or Jazter as he calls himself) is also on the lookout for Karun and would go to any lengths to find him.

The once communally harmonious city of Mumbai has been torn apart into a city of Hindus and Muslims, where only mistrust rules the hearts of people. This destruction of the secular fabric started when a movie called Super Devi- about Mumba Devi protecting Mumbai from evil- becomes a superhit. The Hindu Right Wing sees a chance to paint the whole city saffron by cashing in on the popularity of the movie. The riots that engulf the city change the total demographic of various parts, and while the affluent Muslims, like Jaz’s parents move to safer countries, those who cannot prefer to find strength in numbers and move to Muslim localities
.
While Sarita, a statistician, is a faithful wife who will take on any challenge to get to her husband and is patient to let him take his own time before consummating the marriage, Jaz is slave to his desires and needs to find a shikaar every now and then, so much so that he is ready to have sex with the son of his landlady when his love Karun is away for some days. Not the kind who would fall in love, Jaz surprises himself when he is drawn to the gentle Karun. When Karun leaves him on discovering his infidelity, Jaz, despite his best efforts, cannot seem to move on and decides to trace Karun back and returns into the life of Karun. When Karun suddenly disappears in this mayhem, the best chance that he has is to follow Sarita, who is also on the trail of her husband.

Even though Karun is not in the picture most of the times, his presence can be felt throughout the book. The author also beautifully 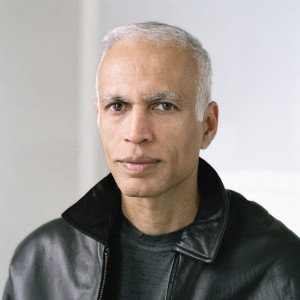 brings out the emotions a woman undergoes when she discovers that all the dreams she wove around her husband, were never hers at the first place. Karun, as the closet gay man who marries an unsuspecting girl because he cannot see a future with another guy in this society, represents the many Indian gay men who take a similar path in life. Jaz, as the relentless lover and also as the hunter hunting for a shikaar , is adept at the game of cruising and represents a confident gay man- the kind who will hardly be ashamed of his sexuality or deeds. While most works by Indian authors often try to find a reason behind the homosexuality of the characters, or try and deal with too many issues – abuse, coming out, societal and parental pressure- and turn into a boring/preachy work, The City of Devi is not at all apologetic even though it does deal with the issue of societal and parental pressures on a gay man.

The story is presented as narratives by both Sarita and Jaz, and constantly flips between the present and the past. Mr. Suri is able to punch in a lot of complex issues be it about communalism and the effects it can have on the fabric of the country, to terrorism and the use of internet to spread rumours, to the gullibility of people in terms of religion, and of course, the issues facing a closet gay Indian man and the effects he has on the lives of those surrounding him when he gets married to a girl.

By keeping it as a narrative by both Sarita and Jaz, Mr. Suri brings out the emotions of both the characters, especially the wife who remains unheard in most gay novels. Some scenes, like that of the trio having sex together are a bit too dramatic though. The book keeps you hooked throughout, touches upon a lot of issues, yet doesn’t bore you at all. Amongst the gay fictions by Indian authors, this one clearly stands out.