Love And Lawfare : How Indian Courts Became a Battleground For Queer Rights

In India and worldwide many battles for and against LGBT/queer rights are fought out in the courts. This so-called lawfare is a strategy with potential advantages as well as risks. Overall, Indian LGBT/queer activists seem to have been successful.

Since the late 1980s, Lawyers Collective had worked with HIV-affected people and NGOs such as Naz Foundation (India) Trust. Increasingly, Naz was experiencing problems with police harassing outreach workers. Lawyers Collective’s analysis was that this was happening partly due to section 377, the anti-sodomy law first introduced by the British in 1860 and still in the books of Independent India.

Vivek Divan, who was with the Lawyers Collective, explains why they chose to take the matter to court. “There was no way that this would be something parliamentarians would consider at the time. We were trained as law students in the rich Indian history of Public Interest Litigation, trained to think that you can seek and get justice through the courts since the 1970s.”

However, Indian lawyers are also very aware that the personal views of judges often play a big role in decisions. This is also the case in other contexts, such as in the USA. For a while, Lawyers Collective had been trying to address this issue through judicial sensitisation on HIV and related issues, including by inviting Edwin Cameron from South Africa and Michael Kirby from Australia, both senior judges and gay, to have workshops with Indian counterparts. A US study shows that contact between gay and straight people predict attitudes toward gay men better than any other social psychological variable.

In 2001, Lawyers Collective and Naz Foundation filed a petition. The first big surprise was what Vivek describes as “the massive attack and backlash from some quarters of the LGBT community.” Critics within the community raised various concerns, many similar to those raised in the US context and elsewhere against lawfare as a strategy. Several argued that the goal was social transformation more broadly and law and litigation had only a limited impact, including that the police and members of society would harass sexual and gender minorities regardless. Others were concerned about potential negative impacts. The issue of timing was raised, that India and the courts were not ready and it might backfire with even harsher legislation being introduced. An overall concern for many had to do with process, that it was not representative and consultative. Vivek says, “It was very emotional. I even lost some friendships, but many were fortunately regained.”

Lawyers Collective decided to go ahead with the case, but also reach out to the community and start extensive consultations. “With the consultations there was a massive shift in empowerment. We were saying this is the queer community’s case and not just the case of lawyers or Naz. In a very real sense we got a collectivism and ownership that we had never seen before or again,” says Vivek. When in 2004 the Delhi High Court declined to consider the petition, saying that the petitioners lacked standing, the decision to appeal was collective and community-based. In 2006 the Supreme Court decided that the doctrine of Public Interest Litigation did in fact allow for the petition, and the Delhi High Court had to consider it on the merits.

In 2008, several organisations intervened in the case on the side of the petitioners as the coalition Voices against 377. “Many of us had multiple roles such as being both feminist and gay, so we brought different issues into different fora. It was truly intersectional. Human rights organisations, women organisations and others were standing with us,” says Gautam Bhan, who has been active in Voices. “Our strategy was to fight the case, but not just in court and not have the movement reduced to the case.” 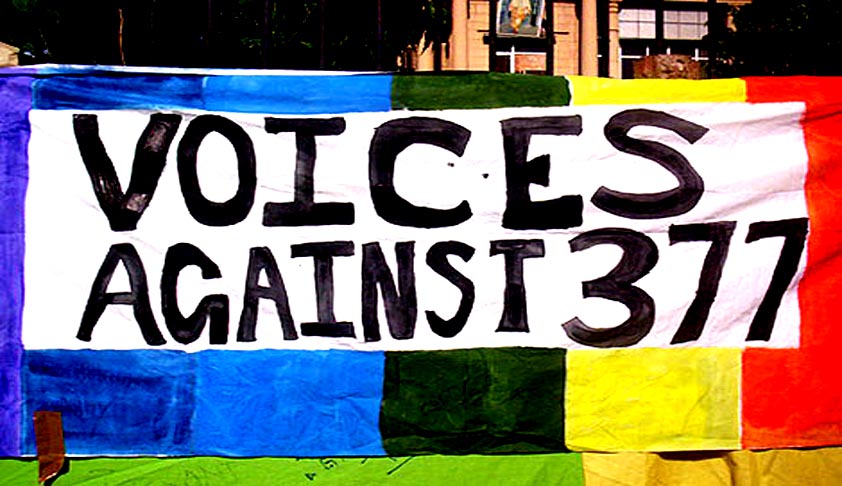 The legal mobilisation had important effects on the LGBT/queer movement itself and wider society. According to Vivek, “There is no such thing as a gay movement in India. At best there is an LGBT eco-system. There are many movements with diverse approaches and politics, but this case provided a common minimum basis, to get rid of this law. It galvanised the eco-system.” Furthermore, the mobilisation was not merely focused on law and litigation in a narrow sense. “We held Prides to say that whatever happens with the case we are here and things are changing,” says Gautam. “Judges were also influenced by norms outside the court; they would refer to Prides in proceedings when opponents said that we were not part of Indian society. Both social norms and law has to change. It was complementary,” he continues. Moreover, the court case provided the drama necessary for the media, and Voices did sensitisation, held press conferences, wrote op-eds, and media started calling LGBT/queer organisations and people to get their perspectives. 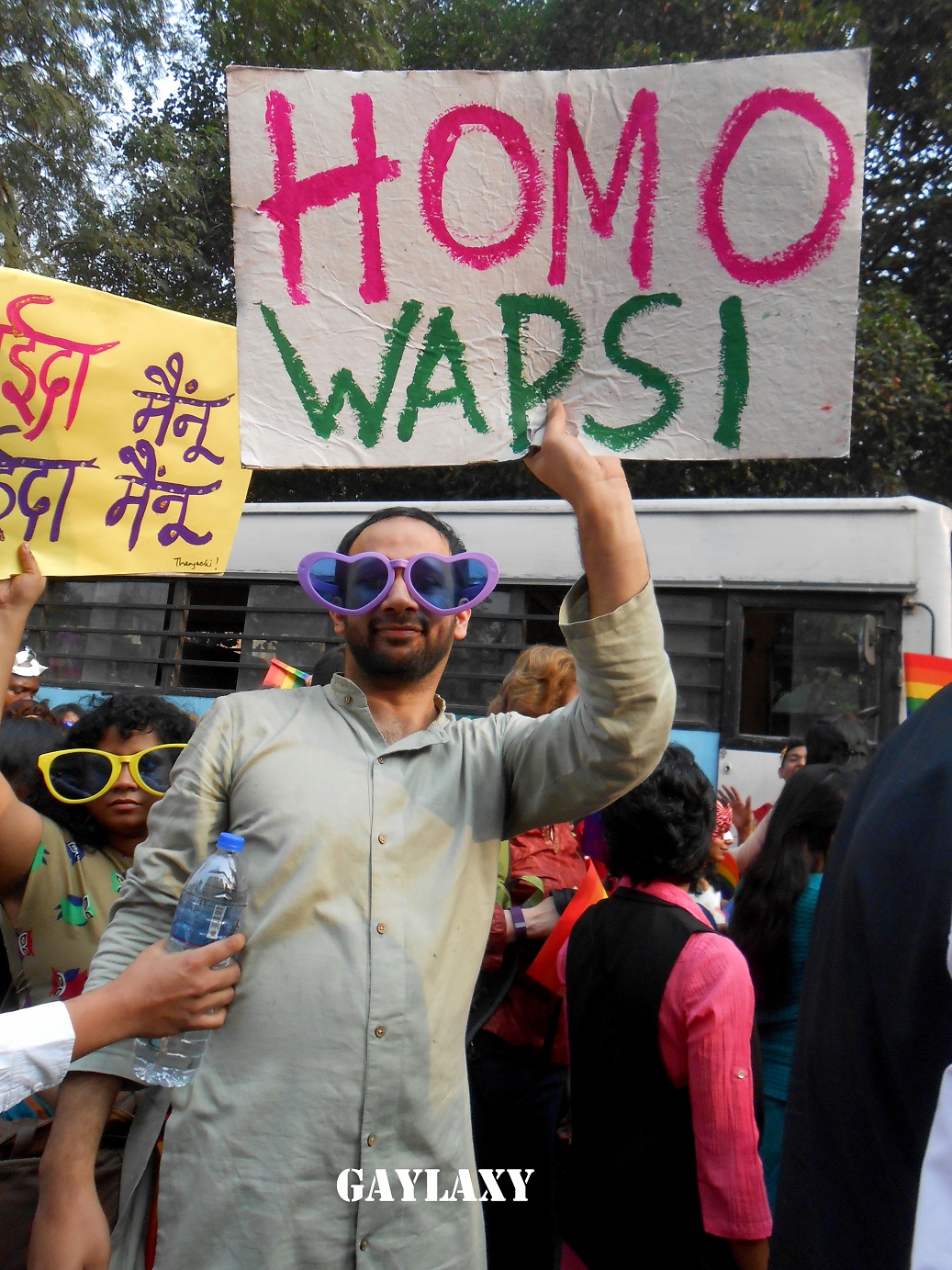 On 2nd July 2009, the Delhi High Court reached a decision in favour of the petitioners.

Asked about the impact of the decision, Sukhdeep Singh, who was in his early 20s at the time, says, “There was euphoria.” He continues, “This was when I came out, and people who supported me would refer to the fact that it was even legalised by the courts so why should we have a problem with it. I started Gaylaxy magazine, and there were many other such initiatives.” LGBT/queer magazines, films, book festivals and more soon followed. Gautam says, “There was a flood of events prior to the judgment. The good judgment then further strengthened and sped this up. Very much back and forth, the social and the legal.”

While the Central Government decided to support the Naz judgment, it was soon appealed by conservatives – first by Koushal, a Hindu astrologer, who was later joined by the All-India Muslim Personal Law Board, the Apostolic Churches Alliance and others. On 11th December 2013, the Supreme Court overturned the decision of the Delhi High Court. While Koushal was a setback in terms of law strictly speaking, it may have led to an even stronger mobilisation and had various unintended positive effects, however. The movement organised a Global Day of Rage. And the outrage extended far beyond the LGBT/queer community. Almost all major Indian newspapers decried the decision. Even the Central Government petitioned the Court to review its judgment. 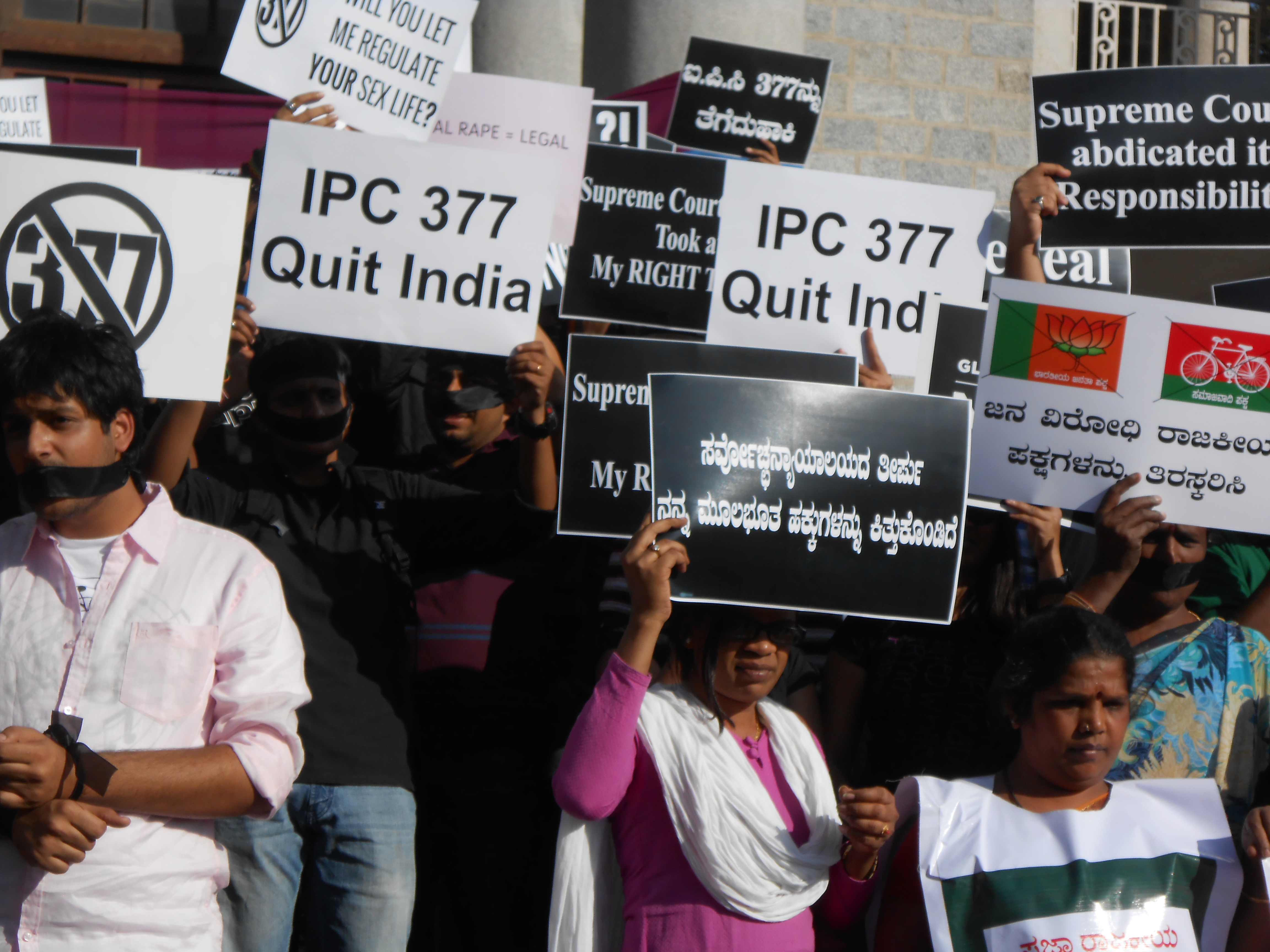 Protest in Bangalore on Global Day of Rage 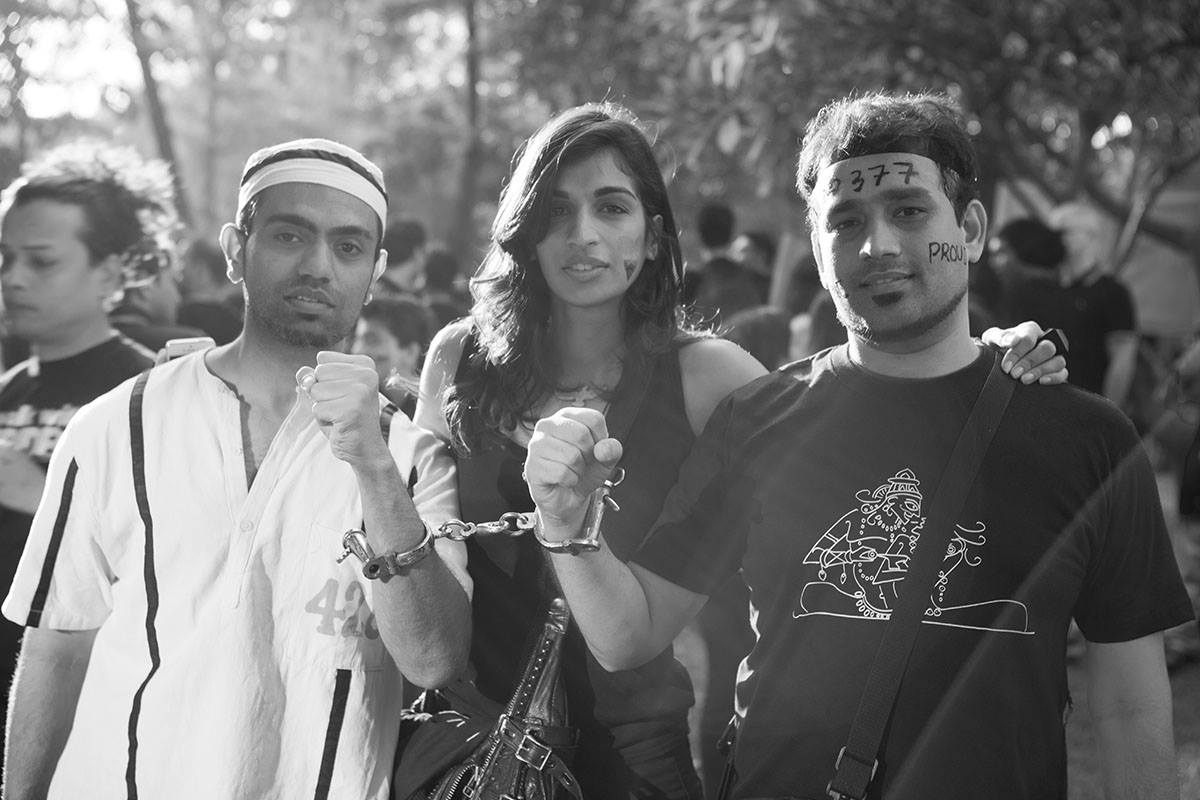 Protesters in Mumbai protesting against Sec 377 (Pic by Punit Reddy)

“There is no going back,” according to Gautam. “The case matters in a way much less now. 2001 till 2013 is a long time for people to come of age and change to happen. Young queer people have reinforcement elsewhere now.” Gautam mentions various social events, that most universities have a public campus LGBT/queer group, that now we can assume therapists are LGBT/queer-friendly, and that if someone tries to use 377, organisations can be called and there will be protests and legal action. He concludes, “These changes must be partly because of the case; it allowed us to come together and organise. And the movement was not reduced to the case. We managed to create a social movement.” Sukhdeep, one of those who have “come of age” during Naz, says, “The 2013 judgment had an opposite effect of the intended I think, with a lot of social support, and people are still coming out. Whatever started and was consolidated during Naz, such as Prides etc., have continued. I think Koushal only increased people’s resolve.” Still, there are also negative effects. Sukhdeep himself mentions one: “Now people who oppose me, such as some friends and family, refer to it being criminal.”

After review petitions against Koushal were rejected, curative petitions were filed, the final legal resort. In February this year, Supreme Court judges decided that this was a matter of constitutional importance and to set up a five-judge-bench to reconsider the matter. Since Koushal there has also been the more progressive Supreme Court NALSA-judgment in April 2014 on transgender people. This may also have consequences for the wider LGBT/queer community and the curative petitions. As before, the question of the judges and their personal and ideological backgrounds and views will be important. 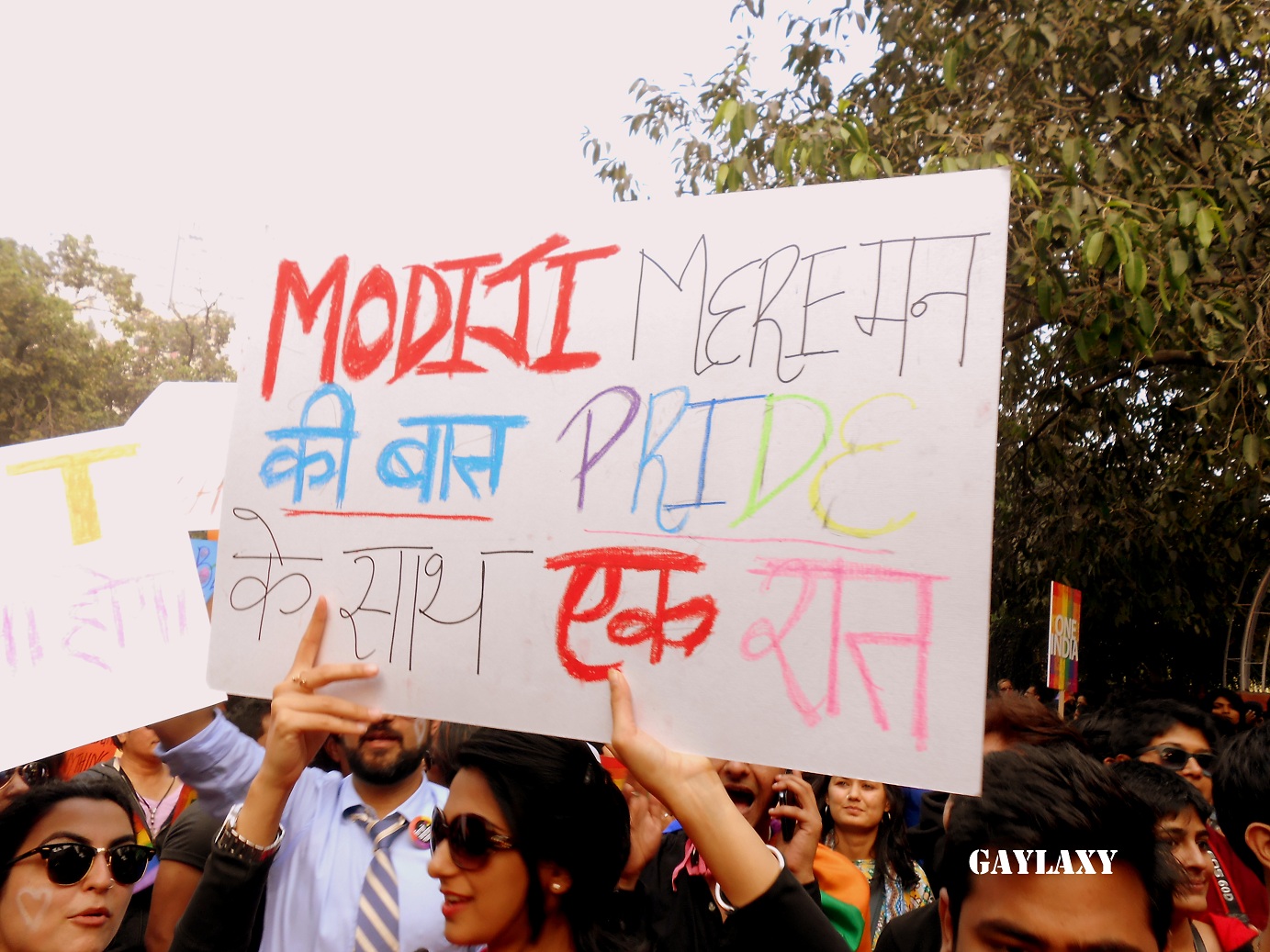 Today, Indian LGBT/queer activists also have more faith in a political route. Several politicians and parties have been supportive of the issue. The BJP has come out in different voices. An important question for many LGBT/queer Indians now and for the future, a question that may contribute to defining both individual and collective identities, is the following: Shall we focus narrowly on promoting LGBT rights, perhaps even entering into an alliance with the Hindu Right in power, or shall we also show solidarity and ally with other, increasingly marginalised and oppressed categories of people?

This article is based on a research paper that is freely available here. It is part of a larger project on Sexual and Reproductive Rights (SRR) Lawfare coordinated at the Centre on Law and Social Transformation in Bergen, Norway.